Your Guide to Moncton During the Women’s World Cup 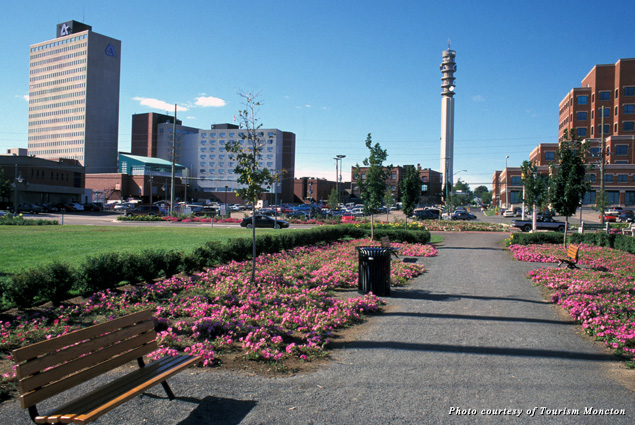 **This post was written with assistance from Tourism Moncton**

Moncton may be the smallest of the FIFA Women’s World Cup host cities, but it is mighty. The town faced two hits to its economy—in the 1860s with the collapse of the shipbuilding industry and in the 1980s with the closure of the Canadian National Railway—but Moncton stuck to its first motto, Resurgo—Latin for “I rise again”—and stayed true to its heritage as a transportation, distribution, retail, and commercial center to once again become a thriving community. The city has exciting arts and entertainment and sports scenes, putting on several major events throughout the year. Moncton will host Women’s World Cup matches on June 13, 15, 17, and 21. 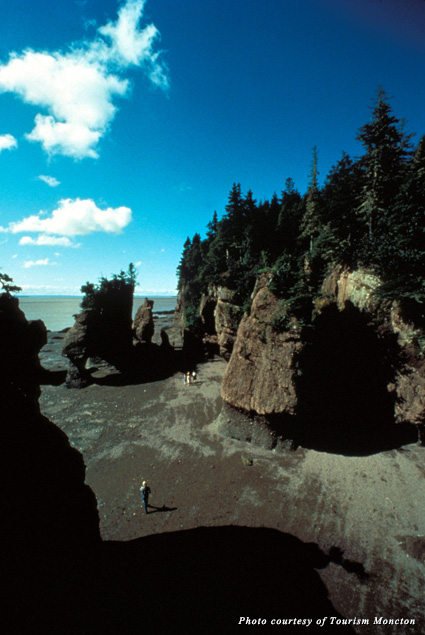 The Bay of Fundy’s iconic Hopewell Rocks has ocean tides the height of a four-story building and a discharge of water that exceeds that of every brook, stream, and river on the planet in a single day. Interpreters are on-site daily at the award-winning learning center to answer questions and provide additional information about the fascinating geologic feature. Nearby Cape Enrage has one of the best views of the Bay of Fundy; adventure-seekers can fly along the sea cliff on a 660-foot zip line or choose to rappel down a 140-foot natural cliff toward the bay.

Surfing has also become a popular activity for Moncton residents and visitors. Once considered one of the most endangered rivers in North America, the Petitcodiac River—also known as the Chocolate River—experienced a recent widening of its banks and its once-celebrated tidal bore began to attract internationally renowned surfers from around the globe. In July 2013, JJ  Wessels and Colin Whitbread rode the bore to a North American record for surfing a continuous  wave (they clocked in for a 29K run; the previously held record was for 8K set in Alaska).  Thousands gathered along the Petitcodiac River to watch these surfers (and locals) catching the tidal bore in a way that many thought could never be done. Today, the best viewing of the tidal bore is at Bore Park on Main Street.

New Brunswick’s other national park, Kouchibouguac National Park, is home to the warmest saltwater beaches north of Virginia and in all of Canada. In the warmer months, visitors swim, sail, and windsurf, while winter travelers come for the excellent cross-country skiing. 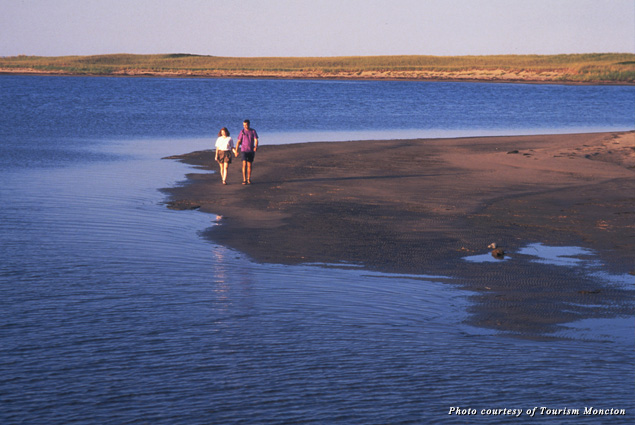 Moving down the coast, the mission of the Irving Eco-Centre (La Dune de Bouctouche) is to preserve and restore a fragile piece of land jutting into the Northumberland Strait and one of the last great dunes in North America. It also provides sanctuary for migratory shorebirds and nesting grounds for the endangered Piping Plover.

For an unforgettable cultural experience, head to Le Pays de la Sagouine, an Acadian Village situated on an island. Based on a novel by international award-winning author, Antonine Maillet, the reproduction of a Prohibition-era fishing village centers on the world of the book’s main character, La Sagouine. Cross the boardwalk to I’île-aux-Puces (Flea Island) and interact with the characters that live in this fictional village through stories, music, song, and dance—leaving with a true appreciation of the Acadian Joie de Vivre.

In Moncton’s northwest region is the neighborhood of Magnetic Hill, which offers a very unique attraction linked to the area’s name. Drive your car to the bottom of the Magnetic Hill, put it in neutral, and then coast back up– without stepping on the gas! It’s an experience you’ll have to see to believe. 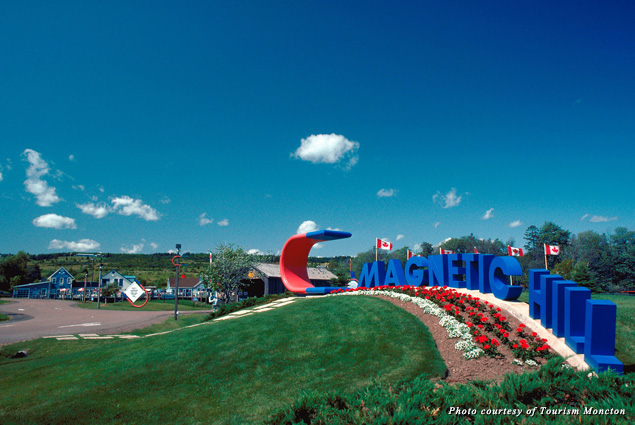 The Magnetic Hill Winery overlooks Magnetic Hill and offers the most scenic views of the city. Since it opened its doors in 2005, the winery has won many awards, including Canadian Dessert Wine of the year. The fully restored farmhouse is expanding the property to include an on-site vineyard as well as a selection of grape wines while continuing the tradition of winemaking with different local fruits and flowers, just as their ancestors would have done a century ago. Take in a tasting and sample local cheese or go on a tour the historic 1867 property.

The nearby Magnetic Hill Zoo is committed to protecting animal species and raising awareness about endangered animals. Its newest habitat, AMUR, is a 1.5 million dollar expansion to the award-winning zoo and will house two of the most endangered big cat species on the planet: Amur tigers and Amur leopards. Visitors will learn about the relationship between animals and people in boreal regions of the world and how Moncton’s own region shares latitude and landscape with the far eastern boreal forest of Russia.

In downtown Moncton, Resurgo Place is home to the Moncton Museum and Transportation Discovery Centre and offers visitors a unique and interactive experience dedicated to history, science, and transportation. Greater Moncton’s unique saga of growth and survival is graphically and vividly depicted through artifacts and photographs from the Moncton Museum’s own Heritage Collection, including displays devoted to Moncton’s transportation history. Shipbuilding, the railway, and aviation have played a major role in the development of Moncton as a city and as a commercial center since the early 19th century. 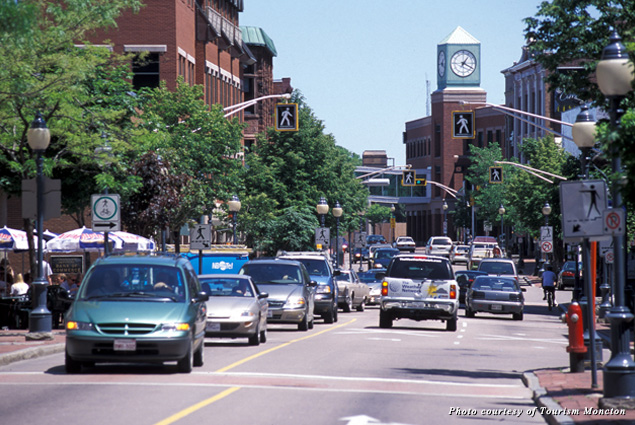 Located adjacent to Resurgo Place is the Free Meeting House, a National Historic Site of Canada and one of the city’s oldest structures restored to its original 1821 style.

Of course, no visit to Moncton would be complete without sampling some of the local cuisine. Sign up for a walking tour with Taste This! to discover the city through its local, traditional, and international flavors and learn about Moncton’s history. And of course, when in Canada poutine is a must, so head to Tide and Boar Gastropub for its boar poutine. The giant dish comes complete with chicken and boar gravy atop hand-cut Russet potato fries, braised boar, caramelized onions, and cheese curds. Wash it down with a tray or two of samples from the Pump House Brewery, one of only two cottage breweries in the province (try the blueberry ale!).

Make the most of your Women’s World Cup experience and take some time to explore the history and natural beauty of Moncton. Visit the Moncton tourism site for additional information, activities, and advice about planning your trip.