Who Has the Best BBQ? 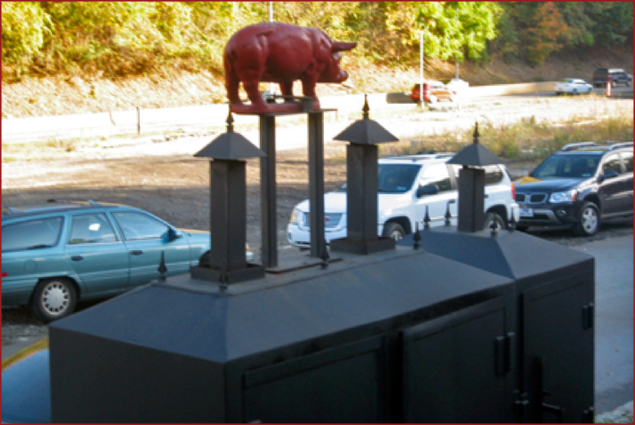 I would like to take a break from the break I have been taking and write about a subject near and dear to my heart – BBQ. One of the many great pleasures of crisscrossing the country experiencing college football is finding good BBQ.

The Internet makes it very easy to research tasty destinations, and there are many sources. I do not think The Trip would do so well on the local fare if, when rolling into a town, we had to find a phone book and hope for the best.

As our friends at Feed the Monster do, I think it is important to express yourself in an entertaining manner and irreverently comment on places that you have eaten. I also think that just because someone famous has been there, it does not mean that you need to seek it out as a culinary institution. As I have said before in these pages – shows like “Diners, Drive Ins and Dives” visit restaurants that make good TV, not necessary good food. I have experienced enough Triple D spots to know that this is very much the case.

Also, I find top-10 lists difficult to gauge and they are inconsistent due to the multiple opinions of multiple writers. A perfect example of this is a recent BBQ list put together by LocalEats. Their list of top BBQ joints has many errors/omissions and lapses in judgment that never would have been had they been with us on any of The Trips. Having eaten in over a dozen on their list, I thought it was within my purview to comment.

First though, a little background: We only go to BBQ shacks on The Trip that have two or fewer locations. If a place has too slick of a website, then they spend too much time on that and not enough time rubbing the meat or smoking it. If a place has a screen door, then it for sure warrants a visit. If it is coming off of its hinges, then even better. Plates are also optional. The best places in Texas serve their meats on white or brown butcher paper. Now that you have context, some thoughts:

I was already pretty worked up when I received Ronnie’s response to the LocalEats list: “I have no use for a list that has Dreamland and Lexington BBQ as honorable mention.” I must say that I could not agree more. I like that they were observant enough to specify that you have to go to Dreamland’s original location, but both it and Lexington have to be near the top of in any comprehensive list of BBQ spots.

Lee was quick to point out that Pappy’s Smokehouse did not belong on the list, and I am right there with him on that point. Another one that should be stricken from the record is Blue Smoke. It is given honorable mention credit on this list, and I do not believe it even deserves to be on this second tier. It is in New York City, so it should not lose points for having a solid front door, but it was one of the most disappointing BBQ experiences I have had – probably due to the anticipation. It was like meeting a supermodel you have dreamed of your whole life, then kissing her only to find that she has terrible breath.

I am also not discrediting it for being so far north. The Pittsburgh BBQ Company is further north than you would expect to find good BBQ, and they do an outstanding job on both their meats and their sides.

Louie Mueller Barbecue in Taylor, Texas is one of those places visited by Guy Fieri that does not deserve to be mentioned among the better BBQ joints. The meat required sauce (it should taste good without it) and was not as moist as it should be – they get a 10 for ambience though.

In its place, I would put The Smoking Pig, a family-run joint in Pendleton, South Carolina. I will write more about this when I get to posting about The Trip we took to Clemson last fall, but suffice to say, it is outstanding, and they couldn’t be friendlier.

Many props to the guys at LocalEats, though, as I would imagine they had some pretty full stomachs and satisfied taste buds after making these rounds. Good job, too, for making sure Snow’s made it on the list. It is a tough one to hit, as they are only open on Saturday and they close when they run out of meat – which could be as early as lunchtime.

I hope this saves you some time on your next BBQ jaunt. Thanks for listening…