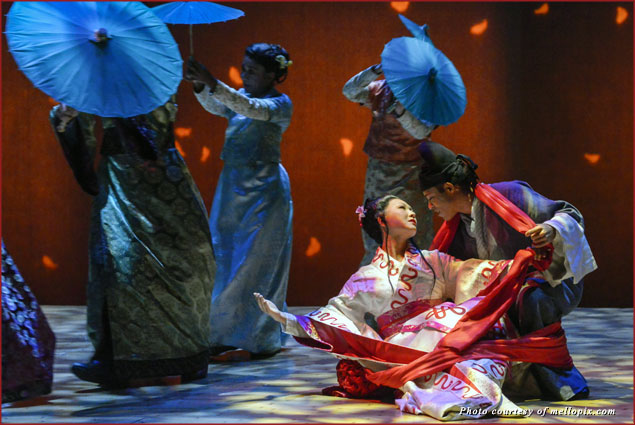 Folk tales and ancient legends, like no other literature, hold their spell over countless generations throughout centuries. Weird, poetic, and inexplicable, they feed into our mythical thinking and excite our imagination with their ability to transcend the mundane, to apply magical glow to the everyday objects and events, and to spread a thin veil of colorful dreams over grim reality. Brought to the stage, these tales and legends can become gloriously tangible, expressing the very essence of live theatre, where script, vision, design, and acting come together to bring audiences to the state of attentive reverie.

That is especially true if a tale is taken into consideration by an undisputed master of the theatrical dream world firmly grounded in contemporary reality: the Tony Award-winning Mary Zimmerman, whose most recent “Argonautika” and “The Arabian Nights” made history at Berkeley Repertory Theatre. 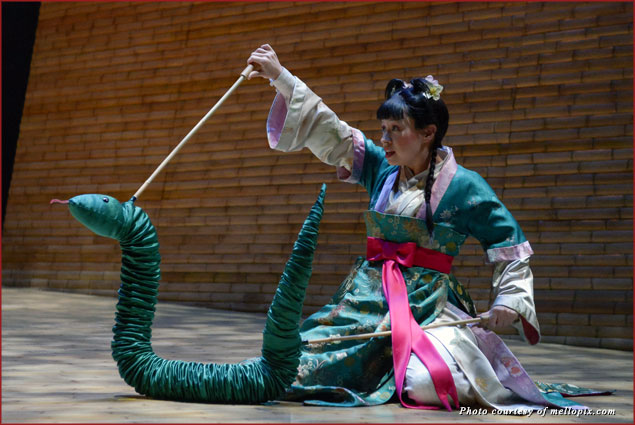 Adapted, written, and directed by Ms. Zimmerman, “The White Snake” conveys a heart-breaking legend of a mythical shape-shifting spirit turned young woman who dares to fall in love with a mortal and live a life of a human being with all its disappointments, betrayals, and sacrifices.

The plot is much more complex though, and the emotional impact of the play cannot be justified by mere words. This piercingly beautiful, tragic, and at the same time gently humorous tale was brought to its stage incarnation by a copious amount of talent working in the realm of all the senses. 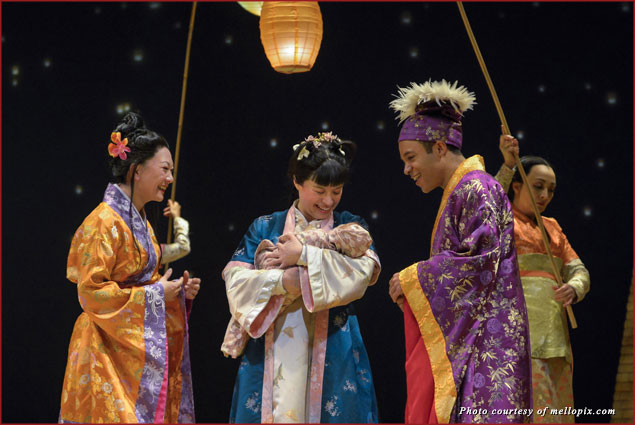 The airy set, mostly awashed in flowing silks, is designed by Daniel Ostling. The gorgeous costumes are by Mara Blumenfeld, the poetic lighting by T.J. Gerckens, the original music and haunting sound design by Andre Pluess, and vivid yet minimalist projection design by Shawn Sagady.