Where Bartenders Get Their Fill: Tales of the Cocktail 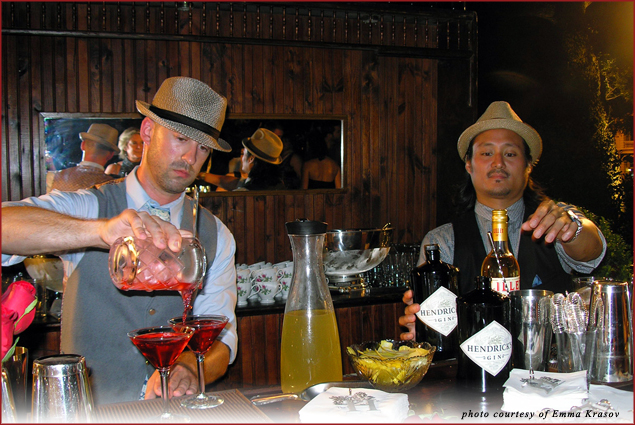 It took me quite a while to figure out what actually happened to me at Tales of the Cocktail. Why do I still wake up thinking, where is my breakfast cocktail, and how could I live without it prior to attending the 8th annual festival of bartenders, liquor producers and distributors in New Orleans earlier this summer?

It all started with a Toast to Tales pronounced by Ann Tuennerman, Founder, and Paul Tuennerman, CBO, a.k.a. Mrs. and Mr. Cocktail, on the steps of Hotel Monteleone in the heart of the French Quarter. The event—which took place over five days—was filled with drinks, meals paired with drinks, drink competitions, seminars on drinks, and drinking parties. Educational sessions, liquor tastings, and cocktail trending events spilled out to other hotels and city venues that opened their doors for big, huge, and enormous celebrations of all things flammable yet drinkable. 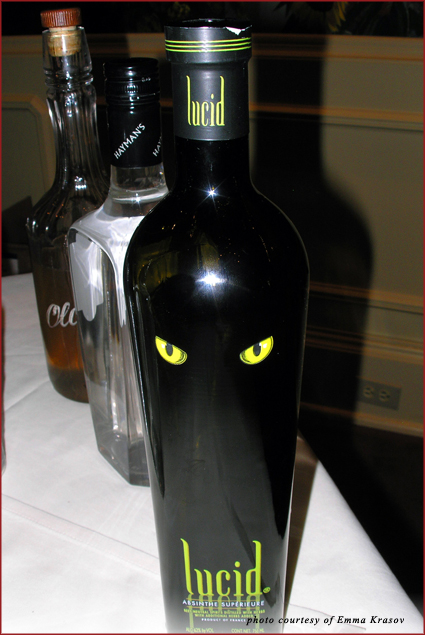 A kick-off party set in an historic Elms Mansion and featuring Hendrick’s gin, Milagro tequila, Lillet, and other fine liquors paired with finger food was followed by the Beefeater Welcome Reception at the Contemporary Arts Center. Gin cocktails crafted by London’s accomplished bartenders, were served by models dressed as Alice in Wonderland characters, and Beefeater Yeomen of the Guard were ushering the crowd to and from the party bus.

VIP Cocktail Hour by Diageo, the world’s largest producer of spirits based in London, took place at The Cabildo, a New Orleans museum, where the most famous cocktails from the 1900s to present were put together by a team of more than 40 of the world’s best bartenders using Bulleit Bourbon, Don Julio Tequila, Ketel One Vodka, Tanqueray Gin, Zacapa Rum and other ever-popular spirits.

Royal Sonesta Hotel opened its doors to a series of sophisticated seminars:

“A Shot of Black Stuff: Amazing Amaros and Brilliant Bitters” exposed the history of herbs from questionable medicinal claims to undeniable improvements to the taste of many a cocktail (Celery Bitters from The Bitter Truth company became the Best New Product for 2010).

“Art of the Aperitif” looked into wines, spirits, and cocktails that preceded culinary experiences, from traditional vermouths to bitter liqueurs and aperitif cocktails. 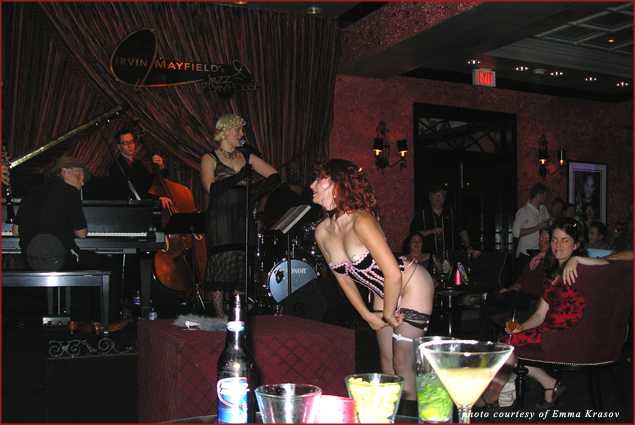 The most enticing happenings at Royal Sonesta were aptly named Tales After Dark and took place at the hotel’s Irvin Mayfield’s Jazz Playhouse every night of the festival from midnight to two in the morning. Sponsored by Bacardi, Leblon Cachaça, Meukow Cognac, and Benchmark Bourbon, the after-dark series included Sounds of Storyville with Burlesque Ballroom dancers led by Trixie Minx, and singer Jayna Morgan with Sazerac Sunrise Band.

Among other great new products, presented at the Tales, there was ZYR vodka, produced by David Katz, who spent six years traveling 30 Russian towns and 40 factories to come up with his pure 75% wheat 25% rye product with no additives, not even sugar. There was also Gran Classico Bitter, produced in Switzerland by Tempus Fugit Spirits based on the 1860s recipe. And then there was Art of the Age’s ROOT, an 80-proof organic liquor containing anise, birch bark, cloves, cardamom, cinnamon, sugar cane, orange, lemon peel, and spearmint in the centuries-old Native American “spirit.” 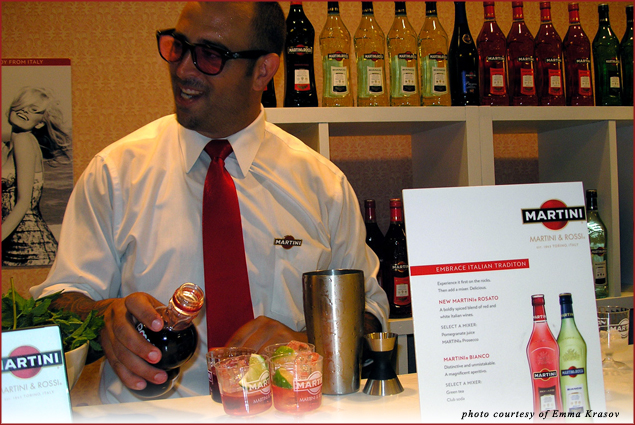 Every morning, breakfasts and lunches for the VIP crowd, presented by Oxley Gin, Secret Sherry Society, Van Gogh Vodka, or Mount Gay Rum, inevitably started with cocktails. Chester Browne, the Mount Gay “brand ambassador” used the oldest rum from the island of Barbados known since 1703 in his famous rum punch.

In a punch bowl, mix all ingredients together, allow to rest for two hours, serve over ice and garnish with a cherry. 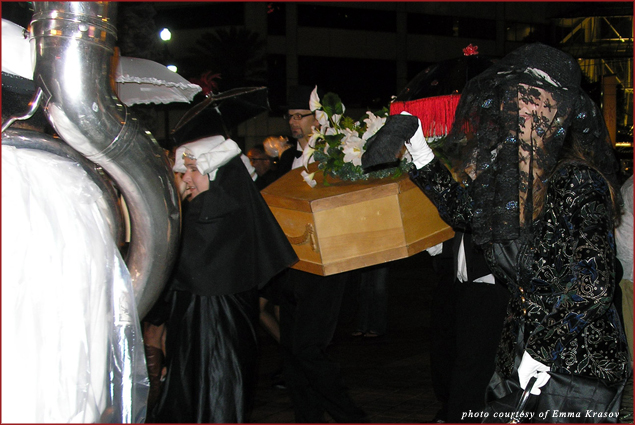 In true N’awlins fashion, the last night of the Tales started with a “bad cocktail” funeral. Sex on the Beach, dubbed “a college bar monstrosity” and “one of the cocktail community’s worst mistakes,” was laid to rest in a jazz funeral procession.

“Parachute pants, Jersey Shore and Sex-on-the-Beach, three things that our great-grandchildren will never understand. The least we can do is try and correct our mistakes; history will remember us all in a better light, for doing our part, to right, such serious wrongs, of the past,” said Paul Tuennerman in the eulogy. The funeral was followed by The Plymouth Gin Bartender’s Breakfast that started at midnight as homage to the lifestyle of bartenders who usually eat breakfast when they get home from a work shift. More information at the Tales of the cocktail website.

Spice Up Your Super Bowl Party With New Orleans Cuisine