What You Need to Know Before Traveling to Morocco 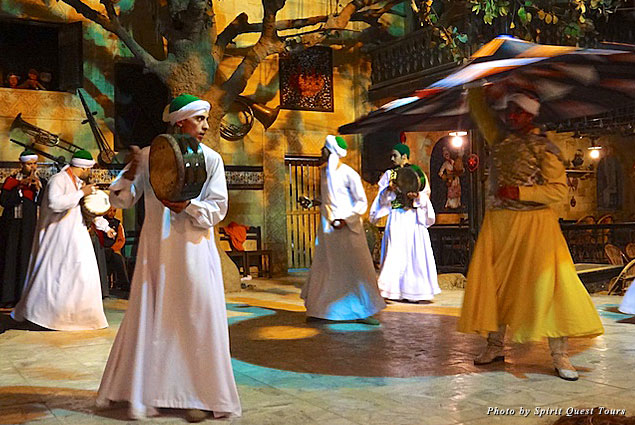 So you’re planning your Morocco travel. As they say in Arabic, mabrouk (congratulations)! Now what? Well, before you get on the plane, there are some things you probably want to know:

In English, we spell the word: Morocco. But in Arabic, there are no vowels, so it’s really anybody’s guess. If you can pronounce it, that’s more important than if you can spell it correctly.

Do I need any vaccinations before I go?

While this is always a personal choice, the answer about mandatory vaccines in Morocco is NO. For many people, they prefer to err on the side of safety (and the CDC recommendations), and get inoculated against such fun things as rabies and hepatitis (both A and B), but we’ve had folks in-country before and no one has had trouble with health issues.

What’s the local currency? Do they take credit cards?

The local currency is the Moroccan dirham (DEE-rahm). It’s been worth between 11 cents and 13 cents since about 2010, so it’s a good bet it’s about 12 cents per dirham.

Relatively speaking, the rate of the dirham is good, and it’s steady, so there shouldn’t be a lot of surprises. Granted you can pay Western prices if you go looking for them, but for the most part, Morocco is a great travel bargain.

Remember you will get money out of an ATM in dirham, and your bank will often charge you, whether you get cash out or use a credit card. This dirty little secret can add up, so make sure you budget for it. Note some credit cards have no foreign transaction fees. Also, if you want your debit/credit cards to work in Morocco, or any foreign country, call your bank before you leave. Many times, we have had guests calling back to their home country because their transactions were declined. It’s a fraud concern for the banks, so they are all pretty careful. 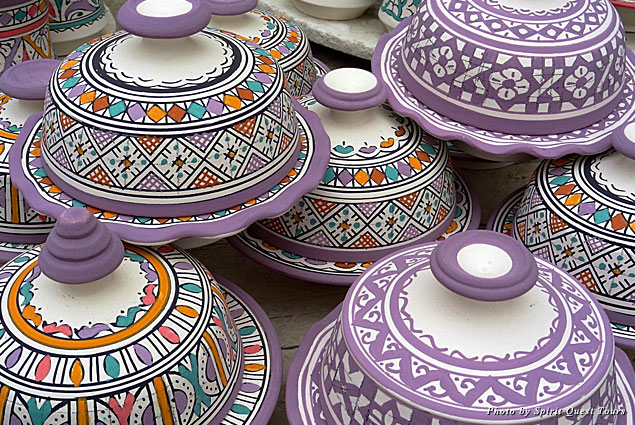 Most larger places will take credit cards. The souks (open-air markets) and smaller shops will probably still want cash; especially if you want to bargain for something, cash is still king.

What language do they speak in Morocco?

The Moroccans speak a fascinating mixture of Arabic, Berber, English, and French, a patois for which we have perhaps only Creole in the United States as a comparison. In a single sentence, you are likely to hear several languages, as in, “Mabrouk! Welcome, haltu redu café e thé?”

While many will likely understand English in the larger cities, you may have language trouble in smaller or rural areas. In this case, Arabic and French are probably equal fallbacks for the intrepid traveler. Of course, if your Arabic was learned somewhere else (like Egypt) prepare for some polite snickers.

What customs could get me in trouble if I don’t follow them?

There are probably two big things you should be concerned about here. One is the idea of using your left hand to do anything socially important, such as eat or shake hands. Muslims, Moroccans among them, feel it’s unclean. Especially in public, be aware of this important cultural distinction.

The other thing is women often dress modestly in Moroccan culture, and the Western tendency to want to run around in tank tops and short when it’s hot (it’s usually hot here!) is outside their custom. While you can do it, I always like to err on the side of consideration of local tastes, even when it’s inconvenient. So airy, flowy things that don’t constrict but still cover the female form would be appropriate, as would one-piece bathing suits. It also depends on where you are, with smaller places in the countryside being more conservative than big cities, where they’re more used to seeing a variety of people in a variety of clothes. You can always buy clothing locally, which will also give you some fun souvenirs.

Moroccans, though most are devout Muslims, seem to do all of the above. Hashish is quite common in Morocco, and it’s easy to get alcohol at many bars despite the Muslim stricture against it. In bigger cities, such as Casablanca or Marrakech, you can find bars and nightclubs where they like to party until the wee hours.

There is also a sacred musical form of party called an Aissawa, which is basically a Sufi rave. Sufism, an ancient mystical branch of Islam focused on elevating the spirit, is still practiced throughout the world. The famous poet Rumi was a Sufi, and many Westerners have come to know Sufism through Rumi’s writing. Spinning and dancing is one of the most common practices at the Aissawa, with the desired effect to create an altered state of the mind. It’s a great opportunity to get out of your comfort zone if you get the chance to participate.

Should I buy travel insurance?

These days, with things going haywire with world weather, it’s probably a good idea. But remember you probably don’t need a million dollar evacuation clause; you can probably see a local doctor in Morocco for whatever ails you at a fraction of the cost of what it would be in the States. Almost all hotels these days have a doctor on call; just remember the in-room visit may be a little pricy.

But think of the travel story you will have! Medical insurance will often reimburse you, but note if you are really concerned, get a policy that covers medical issues fully so they will send a nurse. The travel insurance you buy for a few dollars with your plane ticket may not cover you fully for your trip, especially if you’re not on a tour. So read the fine print; you have a short cancellation period once you purchase the insurance.

Do I need a visa to get in?

Almost all English-speaking countries (with the exception of South Africa) require no visa to enter the country, and visitors can stay up to 90 days, which is quite generous. Please note your passport expiration date must be after the date of your intended return if you are a US citizen, and if you are coming from England, it must be valid for six months after the intended date of departure. So check with the Moroccan embassy online in your own country just to be sure. Many countries are moving over to this second, stricter requirement, so it’s best to always ensure your passport is up-to-date.

You’ll need one blank page in your passport for the entry stamp, which they will add at customs. 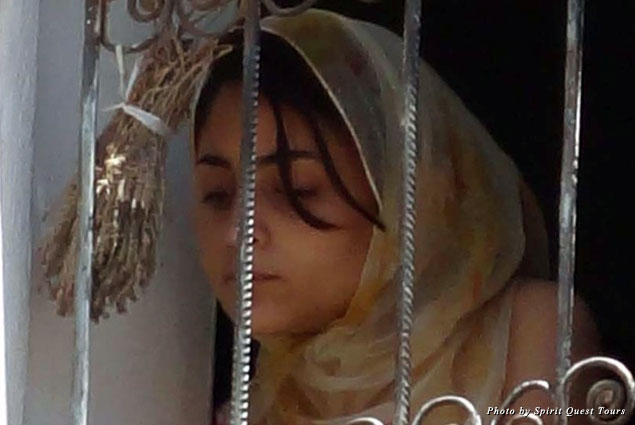 What kind of power converter do I need?

If you’re coming from Europe, it’s usually the same. If you’re coming from England or the US, it’s the kind they use in Europe, so yes, you will need a power converter. It gets pretty complicated from here on out, as there are both 4mm and 5mm plugs, and some of the newer sockets use a grounding (third) pin.

Many cafés will allow you to charge your device as well as have the correct converter to do so, all for less than USD $1, so if you are in a pinch, consider asking the locals.

Will my cell phone work there (and cost more than I earn in a month to use)?

Like many countries in the Middle East, it will be far cheaper for you to buy or bring a small cell phone with no bells and whistles and get a local number than it will be for you to use your own cell phone, which will likely cost hundreds of dollars in extra roaming charges and fees before you are done. To give you an example, for around USD $20, you can get a phone, a local SIM card, and about an hour of talk time. Trust me, it’s cheaper. Ask at your hotel or ask your tour guide; it won’t be the first time they’ve gotten the request. And bonus: Your excursion to get a local cell phone is another great travel story in the making.

What foods will they have there, and can I eat fresh fruits and veggies and drink the water?

Unlike the US and UK, which are moving rapidly to packaged foods, even for staples such as fruits and veggies, Morocco will have almost exclusively local produce. As a result, the selection will be smaller than perhaps you are used to, but most of it will have been grown, harvested, and brought to your table the way it would have been in the old days, fast and without any real processing. If you’re worried about nasties in fresh stuff, do what the locals would do: squeeze a good quantity of lemon or lime juice on it. I guarantee there will be fewer chemicals on your salad than at McDonalds at home, and the food will taste fresh and delicious. 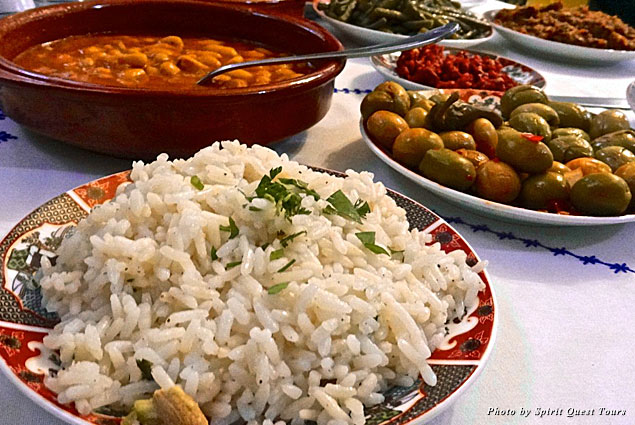 Be smart. If you’re eating from a street vendor, you’re taking your chances (that said, I’ve had amazing meals from a cart pulled by a donkey) and they have no regulations or even refrigeration sometimes. If you have a funny tummy at home, pack charcoal tablets and plan on eating yoghurt in Morocco to get some probiotics. Enjoy the local cuisine; that’s one of the main reasons you went. As in most foreign countries, you should probably stick to bottled water just to be safe; we are often not used to the critters in someone else’s water supply.

This post is the first in a series about the countries Spirit Quest Tours visits.

Caveat: this information was accurate at the time of writing.