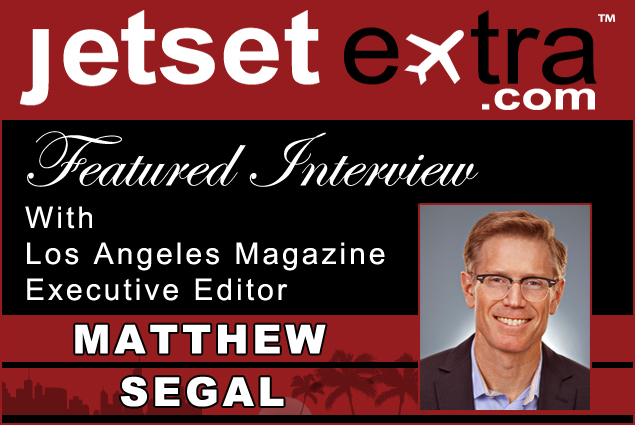 We love LA, but we also love our weekends away. However, there are so many destinations to choose from that it can be difficult to decide where to go. That’s why Los Angeles Magazine’s 52 Great Weekends is such a lifesaver – the staff at Los Angeles Magazine did all the homework so you don’t have to. We got the inside scoop from Executive Editor Matt Segal on how the 52 Great Weekends section was created. 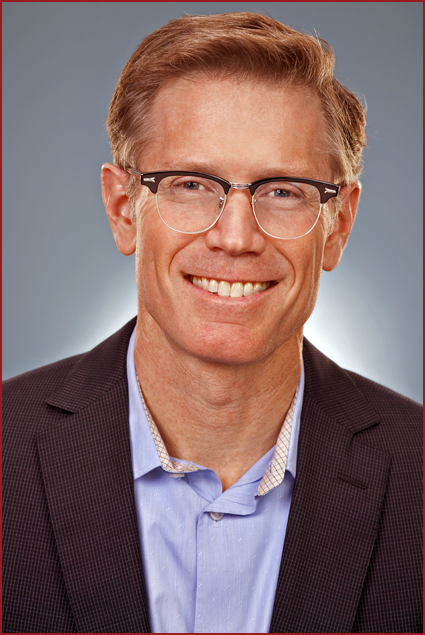 What was the inspiration to do the 52 Great Weekends for the LA Handbook?

The inspiration is simple: wanderlust in an overscheduled era. Angelenos are busy folks. We work hard, and even when we’re not working, there’s a lot going on in our lives that keeps us from taking full-on vacations. Whenever Los Angeles magazine rolls out one of these packages—52 Great Weekends has been a franchise at the magazine since before we began putting LA Handbooks on LAmag.com—the aim is to give readers ideas for more bite-size getaways that could be expanded into something bigger if they want or could be taken throughout the year. And we wanted to make their lives simple: There’s so much information out there, it can be tough to actually figure out a reliable itinerary—you know, to find a fun restaurant, reliable digs, interesting places to see. Everything we write about has been tested by one of our writers—we travel anonymously and on our own dime in order to guarantee we get treated the same as everybody else.

How did you decide what destinations to include in the 52 Great Weekends? 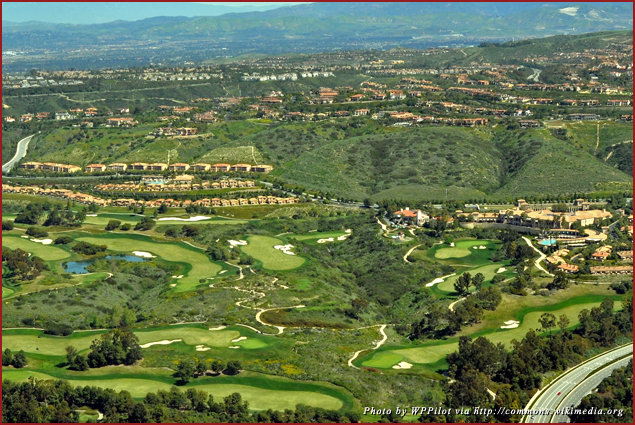 We do a ton of research, for starters. Throughout the year, I’m building files on destinations—new properties, new attractions, new scenes, as well as how some old favorites are holding up. Ideas come from all over, including from readers and from conversations I have when I’m out and about.

We put a great deal of effort into trying to balance a range of tastes and expectations—you know, making sure that we have a good mix of places that will appeal to cost-conscious travelers, luxury travelers, families who want something challenging, families who’d rather stay in one spot and have a blast. Some destinations are ideal for jet-setters who don’t mind a longish commute (Brooklyn and Riviera Maya were our most ambitious in this regard) to get to the destination, while others were tailored to people who want to keep their weekends simple (hanging out at Disney’s Aulani, for instance, or really taking it easy by driving the hour or so to Pelican Hill, a luxe property in Newport Beach).

But even when we visit a classic place, we’re always searching for a different perspective. When we headed to Santa Barbara, for instance, we went by train (the weekend traffic can be brutal) and explored the area on foot, checking into a property that had undergone a recent revival after suffering for years. The writer had a great time, too.

Was putting together the list labor-intensive, and if so, what were the obstacles that you encountered when compiling it?

Yeah, it’s definitely labor-intensive. Sifting through all of that gathered material, working out that balance of destinations—near and not-so-near; luxury versus simple; urban versus pastoral—and then drilling down takes a chunk of time. There’s also the sheer logistical challenge of having a team of writers fan out to places far and near. If a property isn’t up to par or a destination seems, for whatever reason, less appealing than we expected, it’s bumped from the list, which means that we have to assign more than 52 destinations to end up with 52.

What kind of unexpected adventures did your staff encounter while compiling the list? 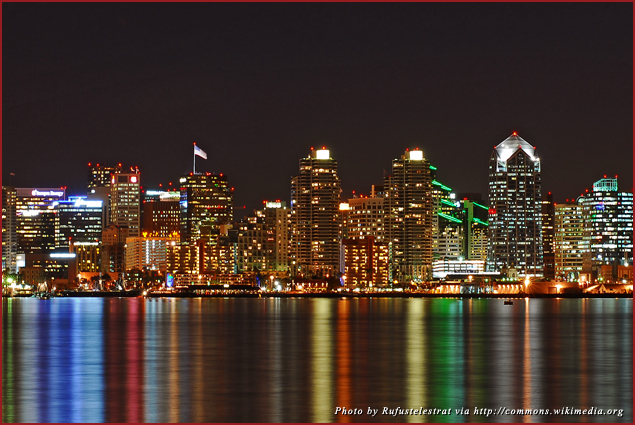 Well, I wound up writing about a beer tour in San Diego—the county is famous for its microbreweries—and really had no idea of what to expect. Trying to work through something like 56 ounces of beer in a couple of hours was one thing I wasn’t prepared for. I mean, I knew there’d be beer to sample, but my old college self would have been disappointed with how wimpy I’ve become in that department.

Are they any places from the list that you would really like to go to? If so, which one(s): 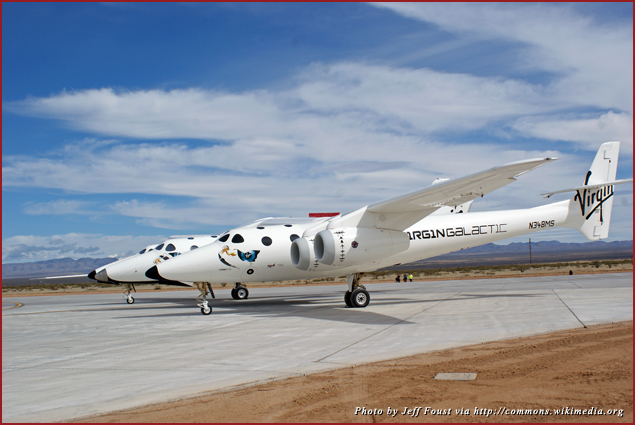 All of them. That’s part of the criteria. But in particular, I’d love to see Truth or Consequences, New Mexico, where Virgin Galactic has built the first commercial spaceport—it looks otherworldly—designed by the architect Norman Foster. Plus, the town, with its hot springs and its proximity to ghost towns, sounds like a lot of fun. I’m long overdue for a trip to Austin (a favorite here with a couple of staffers) to sample the music and the food. I’ve been meaning to visit Ashland, Oregon, home of the Shakespeare Festival. The writer who covered it for me has been going for years, and it strikes me as the perfect balances of being rustic and cultural and woodsy at the same time. The Volcano Rainforest Retreat on the Big Island sounds pretty fantastic, and though I’ve been to Red Rock Canyon off the 395, camping there is still on my to-do list.

What makes this guide unique?

For one thing, everything we recommend has been tested anonymously, which is something not a lot of magazines can say. It’s costly doing that sort of independent research, but to us there’s no other way of being able to recommend a place to readers. Also, if you look at each trip in the feature, you’ll see how hard we work to give readers a genuine itinerary within a compact, easy-to-digest space. And the mix sets it apart. Some magazines are just for budget travelers or families or luxury travelers. We cover it all, and in enough volume that everybody should walk away feeling satisfied. We recommend less-trafficked campsites; coastal getaways for people who like to party as well as a coastal getaway for people who want something simple and old-school; we’ve got trips that put you right in the middle of the desert; and others that set you up for a big-city adventure.

Of the 52 destinations, how many of them have you been to?

I edit several areas of the magazine; travel has been just one element of my job. Which is to say that I am stuck having to experience a fair amount of the travel destinations we cover vicariously, as an editor, rather than as a writer. Of this batch in Los Angeles, I’ve been to about 25. Not that I wrote about 25 places for the package; unless I’ve visited recently and went there with a story in mind, I’ll assign someone else to go, too. The travel reporting we do requires a lot of legwork, more than any sane person would do if they were just trying to enjoy some time off.

Which of the weekend destinations would you recommend for a longer visit? Why? 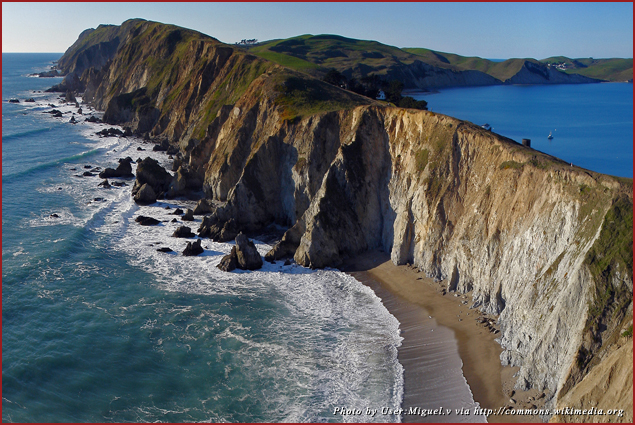 Lots of them, really, especially if you factor in potential side trips. We’ve chosen places that you can bite off in a weekend, but I’ll never balk at a chance to stay longer. I mean, I was recently at Nick’s Cove—a place north of San Francisco by the Point Reyes National Seashore—for a couple of nights, which seemed long enough to get a good sense of the place and to soak up the bucolic surroundings. The hills are low and rolling and curve down into Tomales Bay, which is a finger of water filled with birds and oyster farms. Cattle roam the hillsides, the food is fresh. It’s a great, low-key area, though you could spend days there just hiking and kayaking and lolling around.

Me? I tend to like to cover a lot of ground when I travel, so I wound up driving about an hour to Healdsburg in Sonoma County and from there to Armstrong Redwoods before going to San Francisco. Depends on your speed. Portland, Chicago, Brooklyn—they all lend themselves to some serious urban exploration. Napa Valley’s Yountville is, of course, just one aspect of a fantastic region (Dave Gardetta put together a fantastic story for us on Northern California’s wine country in the April 2011 issue) that warrants a longer trip. If I could stay longer in the Riviera Maya, I would, too.

Which of the getaways is the best choice for travelers who love to stay active? 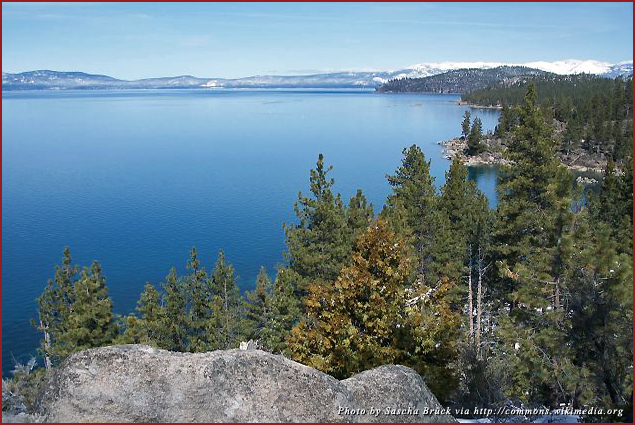 Mammoth. I’m an avid snowboarder. The snow this past winter wasn’t the best, but I’m looking forward to heading up before summer’s over to do some hiking and fishing with my family. It’s great for mountain biking as well. Tahoe’s terrific for all of the same reasons, but you also have the lake, which is pretty terrific to hang out by. It’s ringed with towns that all have their own personality. Kayaking the waters there can be a lot of fun. Learning to kayak the American River near Placerville is another great one. Even kids can go, the scenery’s gorgeous, and the area is rich in history. The last time I was in Yosemite, I went on a horseback ride after hiking to Vernal Falls and felt like I’d burned more than enough calories to justify all the food I ate that night. And Red Rock Lodge was made with active travelers in mind: Doing yoga and hiking among the rusty sandstone formations in Utah beats the treadmill any day.

Which is the best for visitors who just need to relax?

Nick’s Cove is gorgeous, but if driving or flying to the Bay Area is too much toil, and then you’ve got options like the Four Seasons Troon North in Scottsdale—a beautiful, wide-open property, although you have to be able to handle the heat if you plan to go during summertime. There’s the Volcano Rainforest Retreat on the Big Island, which is truly meditative. You’re in a jungle-like setting in the sort of cottage you’d expect find at a Japanese mountain resort, and the volcanic action is a quick jaunt away. For something super-easy and quiet, there’s the Pelican Hill property I mentioned—it’s new and vast, with ocean views, golf, and a giant spa. L’Auberge Del Mar is another spot that’s perfect for unwinding; it’s not tough to reach but feels far from home.

Which destination will travelers want to return to again and again? Why? 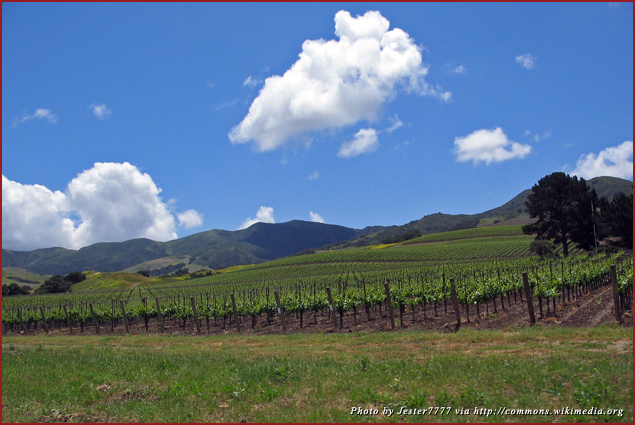 That’s in the eye of the beholder. I know people who go back to the Santa Ynez Valley over and over again for a quiet wine country experience. Others love Newport, which is kind of like our version of the Hamptons. A close friend makes annual stops in San Francisco. Terranea—a seaside resort in Palos Verdes—gets repeat business from someone I know who wants to stay by the ocean but doesn’t want to hassle with a long drive. An editor here goes to San Simeon pretty much every year to visit Hearst Castle and to spend a couple nights in Cambria. The Rainforest Retreat has its loyal followers, too. So it’s tough to say. I try to make it a point to see something new every time I travel, so even if I adore a place, the chances are that I won’t be going back again and again. Incidentally, that’s what I love about living in L.A.: There’s so much to see, I don’t ever feel like I’m stuck in a routine.