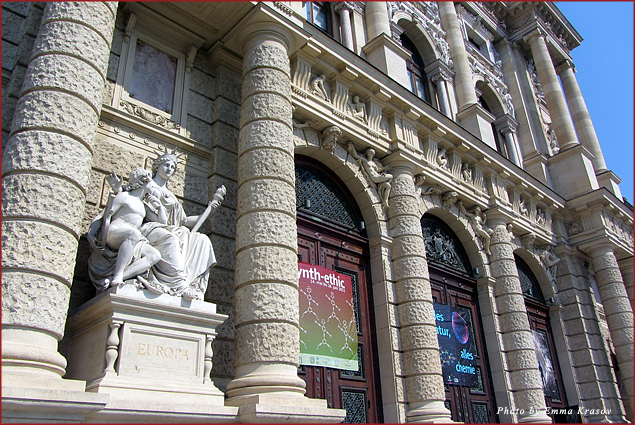 The great novelist Isabel Allende once noted that as a child, she disliked natural history museums filled with glass-eyed dead animals. At the risk of sounding macabre, I must admit that I absolutely adore natural history museums – dead animals and all. Maybe it’s because I used to write labels for the Field Museum in Chicago, and spent my best hours there working in the collection storage rooms. I loved contemplating taxidermies, shrunken heads, and ritualistic masks with marabou feathers, redolent of arsenic to preserve them for posterity. 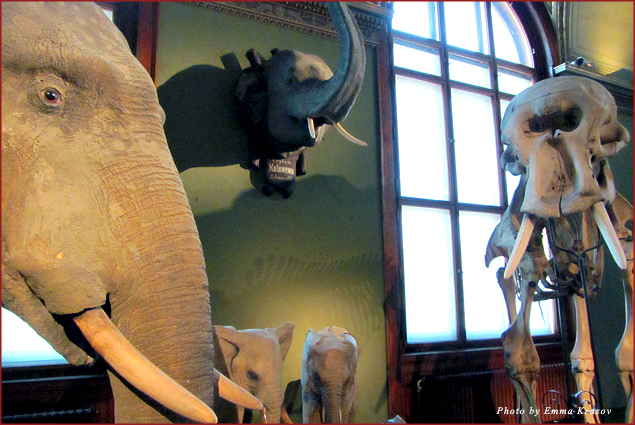 The very name Naturhistorisches Museum Wien sounded like music to my ears when I packed my bags to board an Austrian Airlines flight to Vienna in anticipation of visiting at least some of the more than 100 museums in this incredible city.

Naturhistorisches and Kunsthistorisches, twin natural history and fine arts museums on Maria Theresien-Platz created by Gottfried Semper and Carl von Hasenauer and opened in 1889 and 1891, continue to educate and inspire millions of visitors each year.

I managed to visit both of them in one day, with a hot dog break on a park bench in-between – a happy camper in the land of great European legacy. 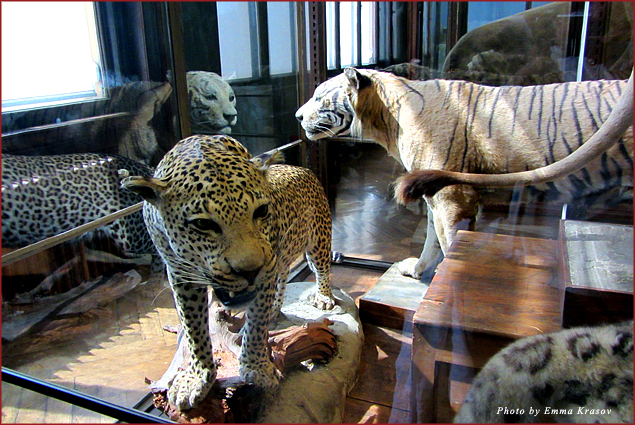 I walked the creaky floors of the Naturhistorisches early in the morning, scaring away the sleepy guards in every gallery. The world-famous “Venus of Willendorf,” believed to have been carved in 26,000 to 20,000 BCE, resides here in a dark tent under a glass – the oldest prehistoric art piece depicting a voluptuous female with remarkable precision.

Each museum hall is decorated with symbols and images that correspond to its contents, be it exotic birds, fearsome reptiles, large mammals, or plant and mineral collections. Many long-ago-extinct species can be still seen in the zoological collection. 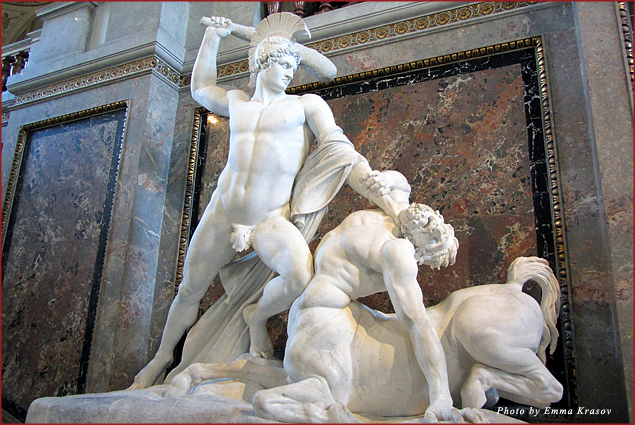 On the roof of the museum, there are numerous towering sculptures of the most famous scientists in honor of their discoveries in micro and macro worlds as well as in chemistry, physics, and medicine.

At the Kunsthistorisches, European history is represented in fine-arts masterpieces from Greek and Roman statues and vases to Dutch, Flemish, German, Italian, Spanish, and French painting and sculpture. 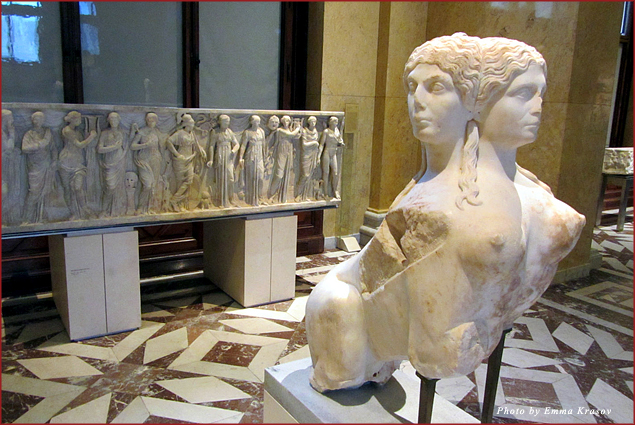 Bruegel, Vermeer, Raphael, Duerer, Cranach, Rubens, Rembrandt, Titian, Caravaggio, Canaletto, and other giants of the art world crowd the walls of the picture gallery in an embarrassment of riches.

Physically tired, but aesthetically invigorated, I decided to continue being astounded at the palace-museum Albertina, not only to pay tribute to my favorite Austrian Expressionist, Egon Schiele, whose 130 paintings found their permanent home there, but also to see a rare show of Der Blaue Reiter, a pre-Expressionist group founded by Kandinsky and other Russian artists living in Germany on the brink of World War I. 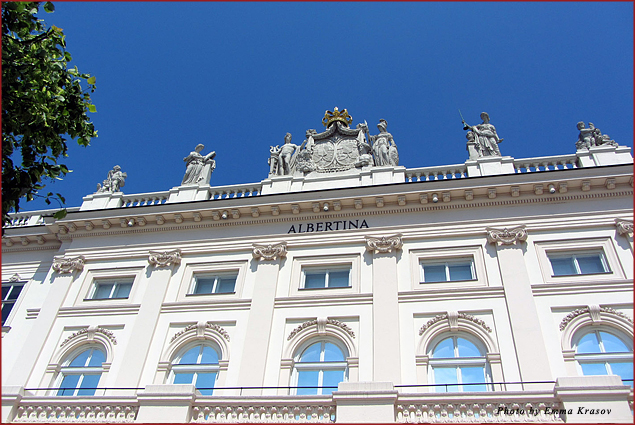 There is no way a traveler to Vienna can cover “the basics” in one visit. At the heart of European civilization there are too many things to see and do, even if you have all the time in the world.

The next day, I completed a pilgrimage to another palace-museum, Belvedere, with its significant collection of Austrian art and the largest number of Gustav Klimt paintings, including the Kiss, Judith, Adam and Eve, and the Bride. 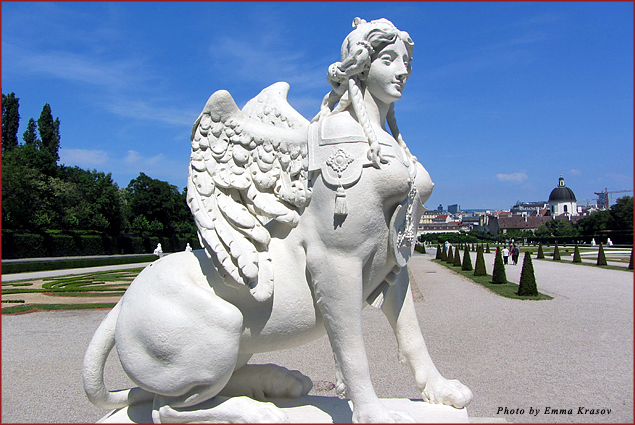 To my utmost joy, an exhibition of Schiele’s “Portraits and Self-Portraits” was on display, giving me yet another opportunity to revel in the artist’s piercing images of his own face and body, and poignant, lyrical, and erotically candid depictions of the two most important women in his short and tumultuous life – his lover Wally and his wife Edith – all three dead at a young age by the end of WWI, delivered to immortality by Schiele’s art. 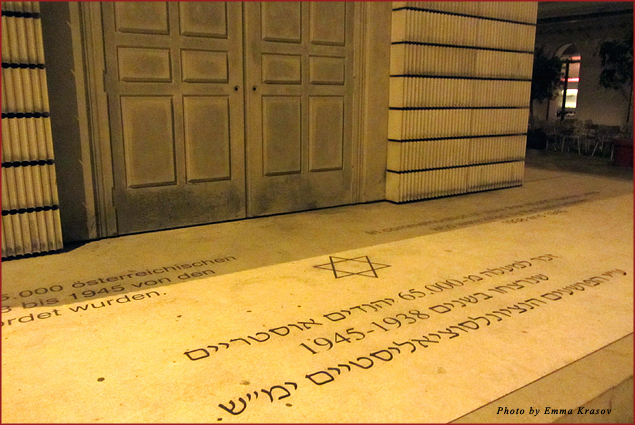 Of the countless monuments in the city that effortlessly blend old and new, Judenplatz Memorial by British artist Rachel Whiteread is a testament to Vienna’s tragic World War II past. It features cast “bookshelves” with rows upon rows of books – their titles turned inward and hidden from the viewer. A double door leading inside the construction has no handles and is impossible to open, symbolizing entrapment, hopeless struggle, and loss of life.

This understated yet powerful image refers to 65,000 Austrian Jews annihilated by the Nazis in death camps and to their special role in the development and support of Austrian art and culture, interrupted by the dark years of the Nazi rule. 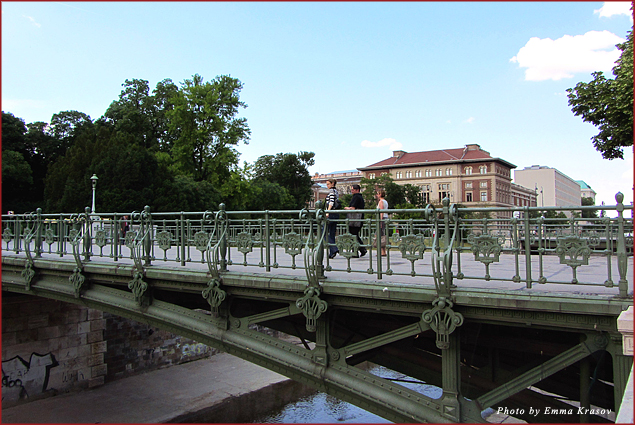 The last museum I visited on my short trip to Vienna was MAK – ÖsterreichischesMuseum für angewandte Kunst / Gegenwartskunst (the Austrian Museum of Applied Arts/Contemporary Art). From Wiener Werkstätte and its makers of classic good taste to contemporary designers whose creativity is only limited by their own imagination, the MAK has it all. Viennese Art Nouveau (Jugendstil) is presented here in abundant exhibitions of applied arts filling out the galleries of the gorgeous historic building. 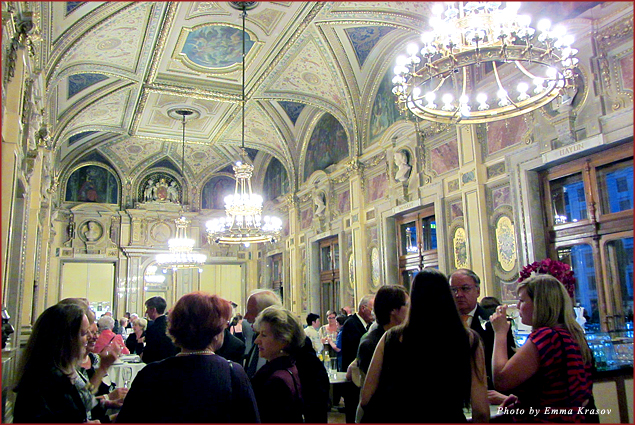 I surely couldn’t leave the city of Mozart, Strauss, and Mahler without attending at least one musical performance. I was excited at the opportunity to visit the theatre where my father, a WWII veteran, participated in an Allied troops’ meeting and concert at the end of the war. I enjoyed Rossini’s L’Italiana in Algeri at the dreamlike Viennese opera house – Wiener Staatsoper. The well-attended opera performances amount to around 100 each season, obviously appreciated by all generations of city dwellers.

There is so much more to Viennese art and culture than can be covered in one trip or in one story, but at least we can try to experience it all – now and ever. More information online.