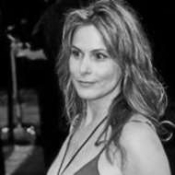 Teresa Rodriguez is a jet-setter extraordinaire. She discovered that traveling can be the prefect antidote for anything ailing the soul. And, believing so, she created Tango Diva —a worldwide online social network and travel magazine for women.

Her dream was to connect and empower woman around the globe with the wisdom she gleaned from her solo sojourns. She authored FLY SOLO: The 50 Best Places on Earth for a Girl to Travel Alone (Penguin) which is published in four languages. A few of her TV appearances include LIVE with Regis and Kelly, NBC-NY, FOX, CBS, and ABC. Her advice has been written up in thousands media outlets including Chicago Tribune, New York Times, Wall Street Journal, ELLE, Marie Claire, Allure, SELF, and Real Simple. She is the travel expert on KTRB 860 AM and ABC News 10 in California.