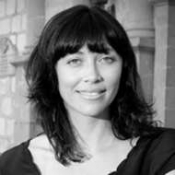 Shannon Brooks is the Director of Communications for the Santa Barbara Conference and Visitors Bureau and Film Commission, a non-profit organization that markets Santa Barbara as a destination for tourism and film production. Shannon joined the Bureau immediately after receiving her B.A. in Communications from the University of California San Diego and, over the past 10 years, has joyfully served as an ambassador for Santa Barbara, which she believes to be one of the loveliest places on earth. She also contributes to Santa Barbara Seasons Magazine, for which she gleefully covers all things food and drink.