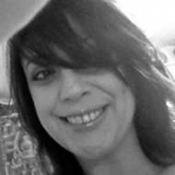 Rachel Madison has been traveling around the world since she was six years old. Rachel and her family migrated between California and Hawaii until she was five, and spent three months per year traveling the world when she was a child. She has travelled to Spain, Italy, France, Portugal, Jordan, Israel, Lebanon, Egypt, Vietnam Poland, Germany, Mexico, Cost Rica, South Africa, Morocco, Czech Republic, Austria, Greece, the Philippines, in addition to travelling throughout the United States; and is hoping to add more countries to her list.

Rachel’s professional background is in entertainment PR and event planning. She is a self-proclaimed “foodie” and loves to try exotic foods; she’s even tried fugu, the deadliest of sushis. Rachel also has a passion for wine which she discovered while working on the rebranding of the LA WineFest.