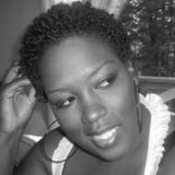 Nicole Blake is an American expat who has lived outside of the US since 2006. She most likely inherited her migrating spirit from her grandmother, who emigrated from Jamaica to America shortly after Nicole was born. Nicole has lived in Newark, Lexington, Washington DC, London, and now Berlin.

Nicole spends her spare time visiting cities across Europe. Some of her most memorable cities have been Reykjavik, Istanbul, and Prague. Her incurable wanderlust and insatiable curiosity has led her to unique experiences that range from taking local cooking classes to going off-roading in 4X4s. She’s also a sucker for most things pretty, and loves spending shorts stints in small designer hotels.

Apart from travel, Nicole’s interests include fashion, crafting, and blogging on her little spot on the web.