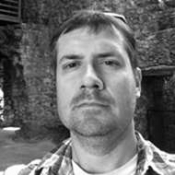 Lance Wiedower has been passionate about travel since a childhood road trip across the American South. Despite the punches and kicks he swapped with his big brother in the backseat, the two-day trek from Little Rock to Miami had him hooked.

Lance has a lifelong wanderlust that finds him on a plane, on a train, or in a car as much as possible with his art-loving wife and their young son. Follow their adventures at his travel blog, Trips by Lance, or on Twitter.

When Lance isn’t traveling or planning his next adventure, he’s enjoying his hometown of Memphis, Tennessee, where he serves as managing editor of The Daily News. Lance's travel passions include United States city destinations, European adventures, wine and beer regions, foodie destinations, sports, and weekend getaways to just about anywhere on the map.