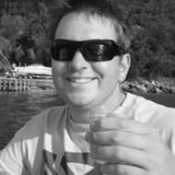 Joel is a thrill seeking dreamer and event manager living in both his home country of Canada, and in the sun down island in the British Virgin Islands. Meeting the JetSet team for the first time while coordinating the 2009 Virgin Islands Winemakers Dinners, there was chemistry and magic in the air… thanks in large part to the champagne, great food, and even better company! Constantly travelling from sand to snow and back, there’s no lack of excitement in the 25 year olds life, and don’t bet the odds that anyone knows where he will turn up next. Arriving in the BVI over three years ago on vacation, he left the island 7 days later but the island has arguably never left him.

Graduating from the University of Guelph in 2007 with a degree in Marketing, Joel has been involved in many world class events, including Bud Light Wakestock, Toronto Festival of Beer, Sante Wine Festival, and the upcoming first annual BVI Kite Jam on Sir Richard Branson’s Necker Island.