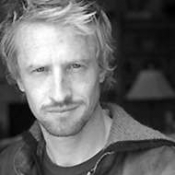 Darren Darnborough is originally from London and now lives in Los Angeles. He is a self-confessed neophile who loves variety and despises routine. Darren is an actor / filmmaker who has appeared on TV shows in the US and UK, in award-winning films, and in commercials worldwide. He is also the creator of the series Andy and Chaz. He co-founded Stuck for Staff, Serving up Staff, and the social group Brits in LA and is listed in the 2010 Who’s Who of Britain’s Business Elite. Darren is also a journalist and travel / restaurant reviewer with more than 100 bylines to his name.