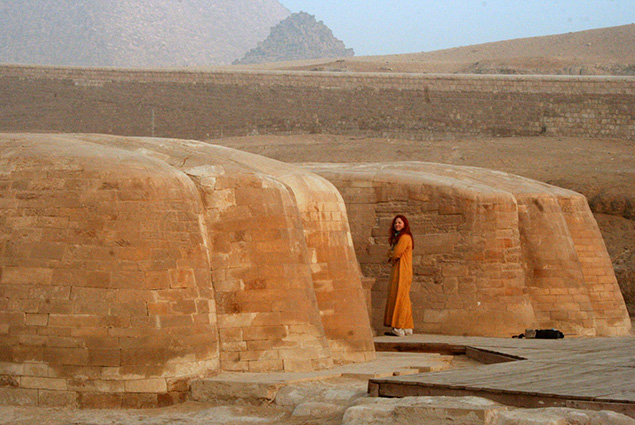 My subject line is a little adamant, I know. Perhaps a little militant, which is ironic since it’s mostly the Egyptian military causing so much of the unrest in Egypt that has been widely reported here in the US. The problem is that the microcosm we call Tahrir Square has been focused on so extensively, people think Egypt is about to crumble into the desert sand that makes up much of its modern landscape. I’ve got news for the LA Times, which reported last week that Egypt is suddenly experiencing a rash of crime—it’s still dozens of times safer than living in America.

I’ve been to Egypt nearly twenty times by now – my most recent visit was last November, when Greg and I co-led a tour of 30 people, and then stayed on through Thanksgiving to celebrate Greg’s birthday. Our beloved friend and Egyptian travel partner, Mohamed Nazmy, loaned us a gorgeous apartment on the Giza Plateau. In fact, we joke that his guest bathroom has the best view in all of Egypt, with the Great Pyramid filling the picture window. Daily, I enjoyed seeing the few tourist buses pull up in front of the Pyramids as I spoke with my father back in the States. He was listening to the news and begging us to come home. On the next plane, if possible. Before they closed the airport. My dad has been to Egypt on one of Spirit Quest’s tours – he knows first-hand how beautiful the country and the people are. Yet to him, this was the fall of Saigon.

But we couldn’t leave early. Mohamed had gifted Greg with a night in the Aga Khan suite at the Mena House hotel, which we also had a view of from the apartment. It was a wonderful experience, during which time we were in far less danger than we would have been in LA or Vegas. For one thing, the statistics of accidents in your own home (just one example: approximately one in every 2,200 of us will die from falling in the shower or bath) far outweigh the combined chances of you being carjacked or murdered!

Here’s a useful data point: According to the National Safety Council, the odds of being killed in a car accident in the US are 1 in 6,500 annually—over 32,000 deaths in 2010 alone. The tourism death toll in Egypt, on the other hand, stands at around 125 total—over the past 10 years. This comparison goes apples for apples with the rate of violence in Egypt to other countries we think of as safer. “The murder rate in America is four times higher than in Egypt post-Mubarak. Obviously Egypt is not as safe as it was before the revolution, but it’s still safer than Australia, Israel, New Zealand, or even Canada. Yet based on news reports, most Americans have chosen not to travel to Egypt.” 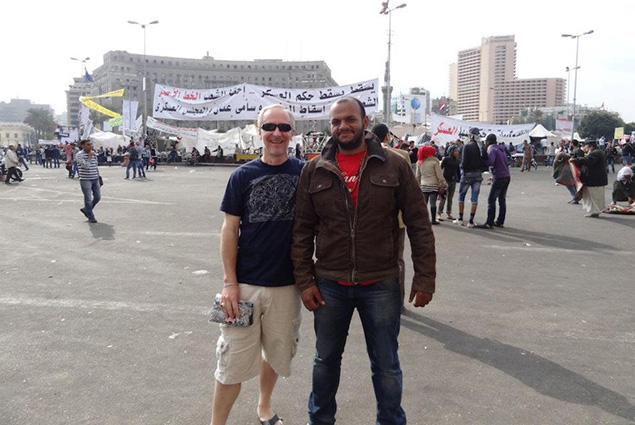 I’m not saying that the news is being inaccurately reported in Egypt. I am saying that it’s being unrealistically skewed, and that the fear it’s engendering is demolishing tourism at a time when local Egyptians most need our tourist dollars. Egypt says there was a 30 percent drop in tourism in 2011, but according to the same eTurbo News article, the figures should be much higher – at least 45 percent. My informal questions and my own observations on our last trip tell me the number might be as high as 80 percent. Many tour operators locally, as well as hotel and cruise staff, have had sheer-cliff drops in their business, though everyone I spoke with was optimistic about the future.

Our personal experience is that Egypt is safe, the people are warm and friendly, and they need us like never before. Go to Egypt now and you can experience fewer tourists than have been there in years, along with a grateful appreciation for your visit. If you’re afraid of being killed, just stay out of your own home and don’t drive to the airport. That’s where the real danger lies.