Turin: An Aristocratic Lady at the Foot of the Alps 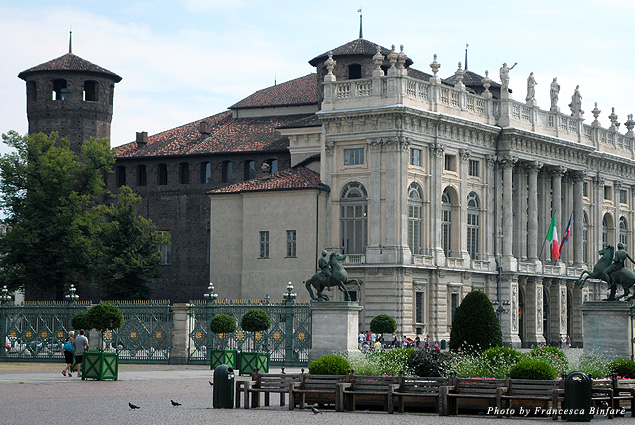 Turin is not the first city a tourist visits in Italy, probably not even the second. It’s underestimated, but it’s a city that deserves to be discovered, with its old area full of history and culture. Turin, capital of the Piedmont, is known as the home of Fiat and Chrysler and, for sports fans, home of Juventus Football Club (though there is another team in the city, the glorious Torino). It is an important cultural centre at the foot of the Alps and has much to offer: historic buildings, museums, churches, and a regal and baroque look. Capital of the Kingdom of Italy from 1861 to 1865, Turin was home of Italy’s royal family, Savoia (Savoy).

So Turin has been (and still is) an important city. Here, many leading architects built palaces, castles, and churches in many different eras and thus with different architectural styles. That’s why the city center is so elegant and charming, or, better, aristocratic. Take a stroll in via Po, Piazza Castello, and Piazza San Carlo, and you will see it. 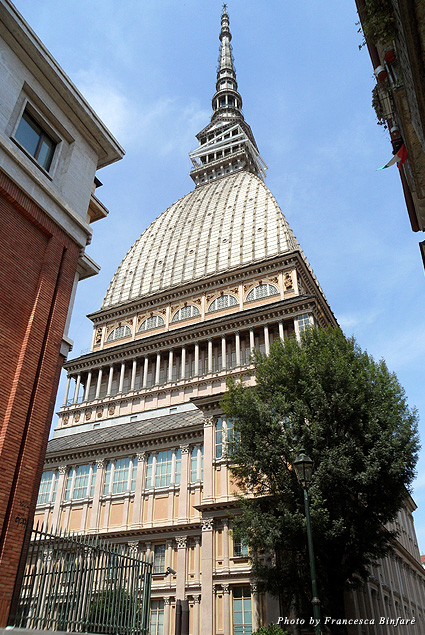 Piazza Castello (Castle Square) is the real heart of the city. Its story began 2,000 years ago with the Romans. Now, in a stunning setting, you can visit many of Turin’s gems. The first is Palazzo Reale (the Royal Palace), which shows the charm and richness of life at court over the centuries. Under the arcades of the square, you can also find the entrance to the Royal Armoury. I highly recommend a visit here, in the Armeria Reale, since you can see one of the richest and most incredible collections of ancient arms and armors in the world. Certainly it is a museum children can appreciate as well.

Another must-see is the cathedral of the city, Cattedrale di San Giovanni Battista, for its example of Renaissance architecture. Guarino Guarini is the author of the “Chapel of the Holy Shroud,” a baroque masterpiece inside the cathedral that houses—as the name says—the Shroud (the sheet that covered the body of Christ). It is not normally visible to visitors, but the next showing of the Holy Shroud will be from April 19 until June 24, 2015.

Palazzo Madama is also in Piazza Castello; since 1934, it has housed the Museo Civico d’Arte Antica (Civic Museum of Ancient Art). Inside, you can visit the Juvarrian staircase made by ingenious architect Filippo Juvarra.

Museo Egizio (the Museum of Egyptian Antiquities) is very well known for its collections from ancient Egypt. There are 6,500 artefacts, mummies, papyri, and statues that lead to a fascinating step back in time—where everyone feels a little bit like Indiana Jones. The museum is open Tuesdays through Sundays.

Just outside the heart of the city is Parco del Valentino, a very popular park where you can visit the 17th century Castello del Valentino and Borgo Medievale, a reproduction of a 15th-century village built for the International Exhibition of 1884. 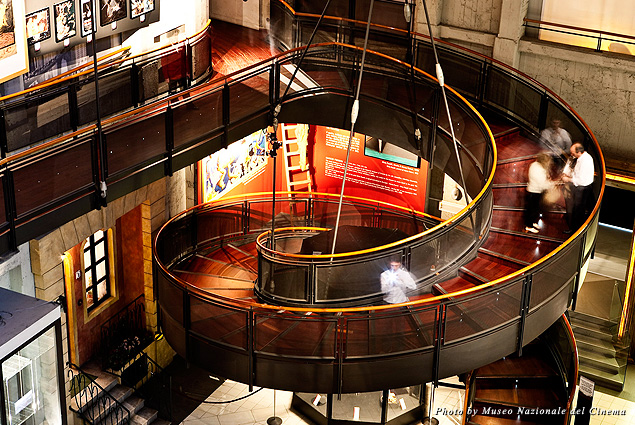 The symbol of Turin is the Mole Antonelliana, named after the architect Alessandro Antonelli. Born as a synagogue, it is today the Museo Nazionale del Cinema (National Cinema Museum) and stands with its spire in the cityscape. The museum is a fascinating place, and not just for movie fans. You can discover secrets of filmmaking, explore movie genres, and learn how the film industry works. Inside the museum is a new coffee shop, described as Eataly meets Caffè Vergnano. The café and restaurant is located on the ground floor of the Mole Antonelliana; there is no need to purchase a ticket to the museum to enter. 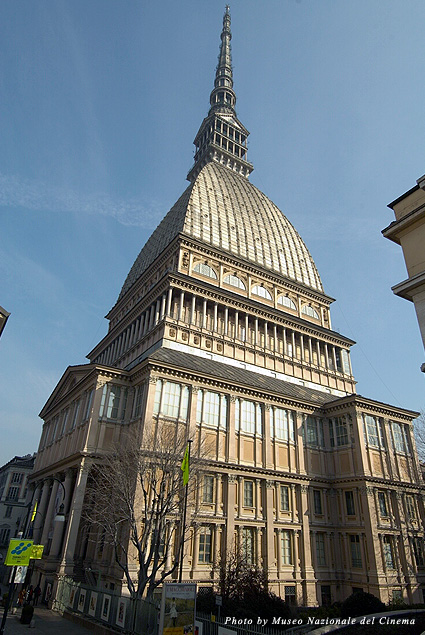 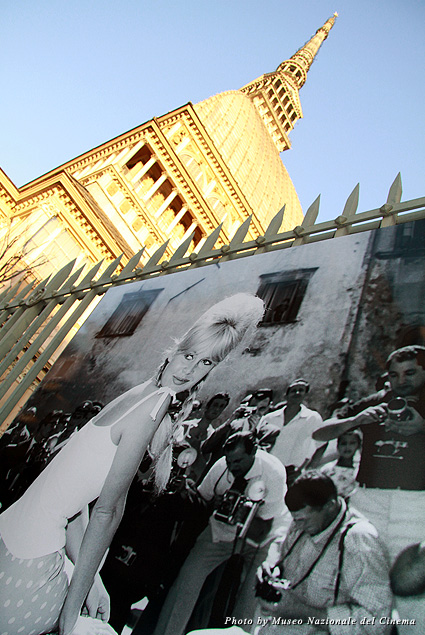 Speaking of food culture, a perfect destination is ‘L Birichin Turin, a Class A address in town. The charming, warm, and cozy restaurant’s soul is chef Nicola Batavia. Everyone here feels at home; Birichin’s kitchen combines familiar flavors (such as handmade tajarin, a traditional Piedmontese type of pasta) with excellent Italian ingredients and great creativity, all seasoned with a real passion for food.

Birichin cuisine is modern with a twist of originality. Guests can taste special flavor in every dish and explore new culinary solutions; there is always something to discover in every bite, an experience not to be missed. Menus here change with the seasons. An item on the autumn menu, signed by chef Batavia, is called “… remembering our land” and includes tajarin pasta “mom Mary style” with butter and sage on toma Bra cheese fondue, tenderloin of suckling pig with tuna sauce “Batavia” Version 2009, and as dessert, “Our” chocolate 2013.

On this menu you can also find “London 2012”—poached egg on grilled aubergine and smoked provola cheese. This is a fabulous appetizer created by Nicola Batavia for the London 2012 Olympics. In 2006, chef Batavia was selected as the official chef for the Winter Olympics in Turin; in 2008 and 2012, Nike chose him as the official chef for the Olympic Games in Beijing and London, where he cooked for international sports stars. That poached egg captures the essence of his kitchen and can also be ordered from the à la carte menu. 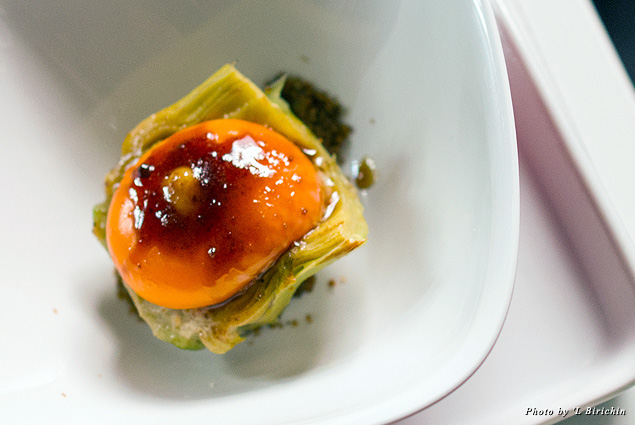 Birichin often turns into an art gallery. You can talk with the chef while sipping a great Italian wine (Birichin has an extensive wine cellar) and follow every step of the preparation of the dish you have ordered.

Inside Birichin, chef Batavia has recently opened The Egg, a bistro that recalls the egg and its simplicity (it’s clear the egg is an ingredient that appeals to the chef!). The bistro is a kitchen but also a home, a table, a place to relax and have a chat, and a place for innovation. On the menu you can find eggs cooked in different ways, as well as other Mediterranean and Piedmont dishes. Every Thursday evening is dedicated to a single theme: vegetables and greens. 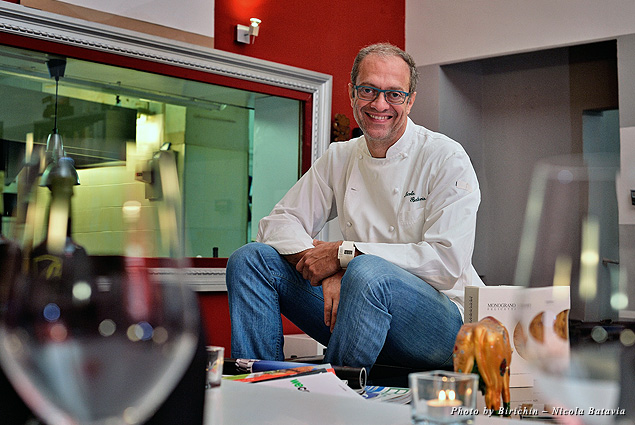 Under the registered trademark “Batavia,” you can find products Nicola Batavia produces on its behalf, such as jam and extra virgin olive oil. The chef is also a consultant for international restaurants. The next adventure? Restaurant Gigi’s at Mayfair, in London.

Since Turin is the city of chocolate, you cannot leave without having tasted its bicerin. Where? Maybe at Caffè Al Bicerin, a bar opened in 1763 not far from Piazza Castello. Bicerin, which means small glass, is made up of coffee, chocolate, and cream and is the drink symbol of Turin. It was born here, at Al Bicerin.