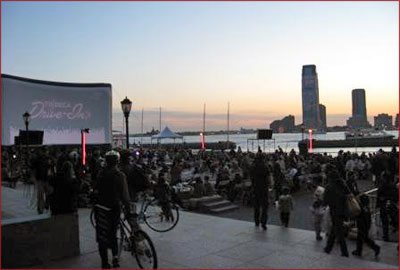 The classic movie Big was screened this past Friday as part of the Tribeca Film Festival’s Drive-In event. Skeptical if the movie’s magic would still hold true all these years after my last screening, all trepidations were quickly put to rest. Big is just as how we ’80s children remember it: magical, fun and incredibly charming.

The waterfront area behind the World Financial Center Plaza was festive and abuzz with families with kids and groups of friends. As in years past, the popcorn was popping and the games were on. For the kids: a hulu-hopping contest and face painting. For the big kids: movie trivia and a chance to win a trip to Atlantic City for the Tribeca Cinema Series in July. 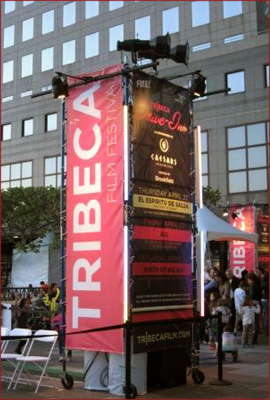 Introduced by co-screenwriter Gary Ross, Tribeca was screening Big, in recognition of Twentieth Century Fox’s 75th Anniversary. The weather was perfect, even when the wind picked up towards the end of the movie, bringing in a cold sting off the Hudson River.

While the families with kids petered out before the movie’s end, the rest of the audience remained, charmed to the core by the story of a boy who wishes to be big–only to teach everyone around him the importance of remaining young-at-heart.