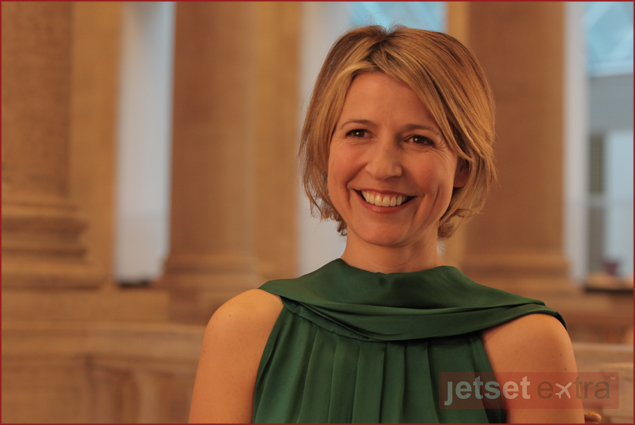 As one of Travel Channel’s most-watched hosts, Samantha Brown has circled the world in search of the best and most exciting destinations. At an event hosted by Chase Sapphire, Jetset Extra sat down with Samantha for a behind the scenes look at the life of this travel maven. During our interview at the Asian Art Museum in San Francisco, Brown shared how she went from waiting tables to being one of tv’s most popular hosts, clued us in on the next big destinations for travel, and shared travel tips for us jetsetters.

Samantha Brown grew up in New Hampshire and studied Musical Theater in school. After eight years of waiting tables in New York to support her dreams of acting, Samantha was trying to get her break in commercials when a writer recommended her for a hosting job at Travel Channel. She auditioned, not even knowing what a host was, was hired, and has been lucky enough to have this dream job for the last ten years. 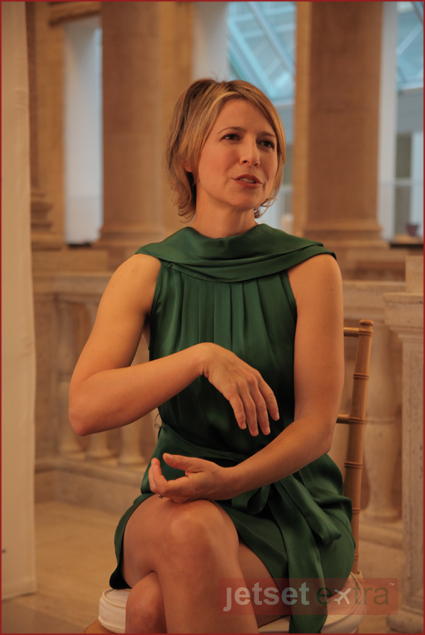 Travel wasn’t a large part of Samantha’s life before Travel Channel came along. She and her family would take a trip every year, staying fairly close to home. Occasionally they would visit Canada for some “international flavor,” but never farther. As a result, when she was given the chance to travel for a living she wanted to approach her position as someone who was truly seeing each destination for the first time and takes her viewers along with her. That’s what makes her specials so appealing—Samantha has never lost her genuine enthusiasm for discovering something new. Even after ten years as a host, there are still moments when what she sees truly takes her breath away, or she is moved to tears and has to retake her segment.

All this traveling would make anyone a little homesick. To make her home away from home more comfortable, Samantha brings her own teacup with her everywhere she goes. Such little comforts can make all the difference in the world, but when feeling especially down, Samantha gets busy exploring where she is and really immerses herself in the culture and the people. Mixing with the locals and the liveliness of a culture is an immediate cure for homesickness, especially when she is in London—the country Samantha says feels like a second home. “It’s the right amount of foreign,” she says, and “so darn cute.” With all the history London has to offer you can never see enough of this enchanting city.

Being newly married, Samantha and her husband went to Paris to celebrate their first anniversary. When the Parisians decided to go on strike, making public transportation unavailable, they rented a car and drove to San Sebastian, Spain, which Samantha now says is one of the most romantic destinations she has been to. Back in the United States, Samantha recommends The Inn at Montchanin Village in Delaware, is a tiny hamlet once inhabited by the workers for the Dupont Mansion. It’s full of history, quaint and, most importantly, romantic. Because travel is Samantha’s career, researching travel destinations has become a hobby for her. Her particular favorites are what she likes to refer to as the “B sites.” Just outside of the major cities like Chicago, New York, Paris, and London are those smaller less traveled places that can be even more interesting or exciting.

We asked Samantha for a few travel tips, from one jetsetter to another:

Jetset Extra: What should you know about a country before you go? 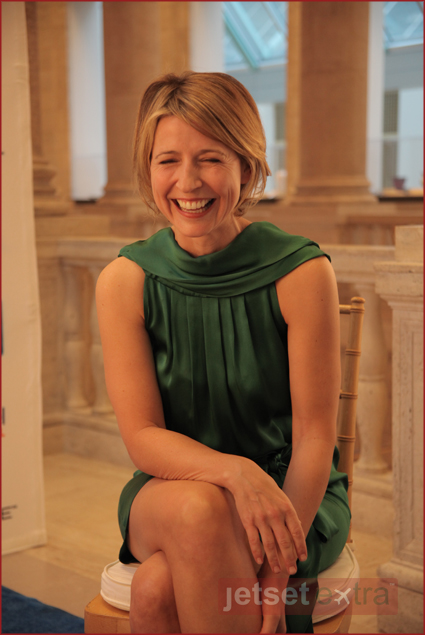 Samantha Brown: It’s really important to know just a little bit about the language, if only to say “Hello,” “Thank you,” “May I have.” Those are really important phrases that completely will disarm people and unlock a different experience for you…Because you’ve made the effort, they will give you the world. It’s also important of course to know how to treat people with respect…If I run into you and I say “Do you speak English?” they’d see that as a challenge or a put down. So the better thing to do is to say “No French…English?” Just simply saying, “I’m sorry. I’m in your country. I know I should speak this language.” You depend on the kindness of strangers when you travel, and there’s a way to really make them want to help you.

JSE: What’s the next hot destination in travel?

Samantha Brown: I think Asia, definitely. People have their sea legs with Europe and are starting to go to Latin America, as well. But I think Cambodia, Vietnam—these are areas where people are coming back…to see who we were once at war with and now there’s hope for the future.

JSE: I’m an over-packer. What packing tips and trips do you have for people me?

Samantha Brown: My strategy is to lay everything out on the bed. Nothing gets put in the suitcase until everything—from bra and underwear—everything is out. Then it’s like a chorus line, it’s auditioning for me. What I’m looking for are tops that go with pants, that go with a nicer top, that go with a scarf…All my clothes have to match.

JSE: Are there any specific items you take on every flight to make them more comfortable?

Samantha Brown: Earplugs, I never leave without. You don’t need the $300 Bose headphones; 50-cent earplugs. I always bring sunglasses, not because I think I’m Gwyneth Paltrow, but because it blocks out the flourescent light. I bring spritzer, like a lavender spritzer. It’s so nice. You could be next to someone who just had pepperoni pizza and reeks…Another thing I do, my carry-on, my purse, is over-stuffed and I use that as an ottoman to lift my feet. Just that slight lift makes those seats a lot more comfortable. They attribute that restless leg, or the “economy syndrome,” to the angle of the seats. It’s impossible and it puts your body in a really bad position. With the legs, just prop them up and you won’t have that problem.

A special thanks to Chase Sapphire, a rewards credit card for affluent consumers designed to offer travel rewards and benefits, a range of redemption choices, exceptional customer service and memorable experiences. A recent Chase Sapphire survey found that the majority of affluent Americans surveyed (53 percent) say that travel is very important or important to their life satisfaction, so events such as this one with Travel Channel and Samantha Brown help create interest for cardmembers: www.chasesapphire.com.

From Jilted to Jetset: How to Get Over a Bad Breakup With Travel Tailgating: Why Don’t We Do It More?