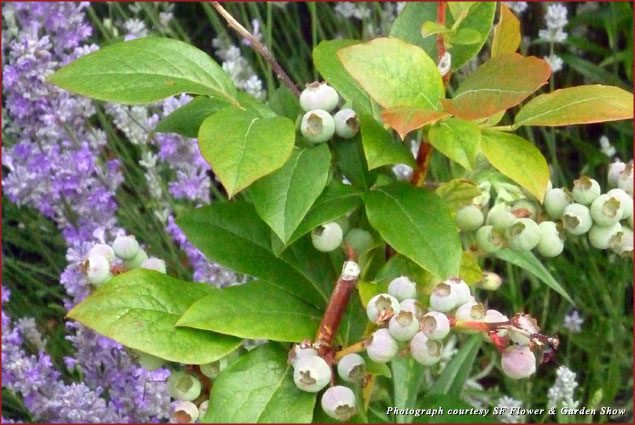 “Life in the California Garden” runs Wednesday through Sunday, March 23-27 at the San Mateo Event Center. Twenty full-sized garden installations from top Bay Area designers and seminars led by well-known experts will encourage attendees to “Get Your Green On”, with kitchen-friendly garden techniques that can be accomplished in urban, suburban and country settings.

In addition to her Saturday cooking demonstration, Alice Waters, a pioneer in promoting organic cuisine and gardening, will be featured at a special lecture that will celebrate the 40th anniversary of her groundbreaking restaurant Chez Panisse in Berkeley and focus on the Local Food Movement.

The San Mateo Event Center is located at 1346 Saratoga Drive in San Mateo. Admission includes all regular seminars and demonstrations. Discounted advance purchase tickets are $16 online or $20 at the door for a single day. A multi-day, all show pass is $25, a half-day pass is $15 and children under 16 are admitted free. Special group rates for 20 or more people.

For Advance Online Ticket Sales, General Show Information and a calendar of seminars, chef demonstrations and “Symphony of the Soil” film showings, visit their website. Tickets can also be purchased at major Bay Area nurseries and garden centers or by calling 1-925-605-2923.

Food, Wine, and Fun at Travel & Adventure Show Get Carried Away by Tango Buenos Aires