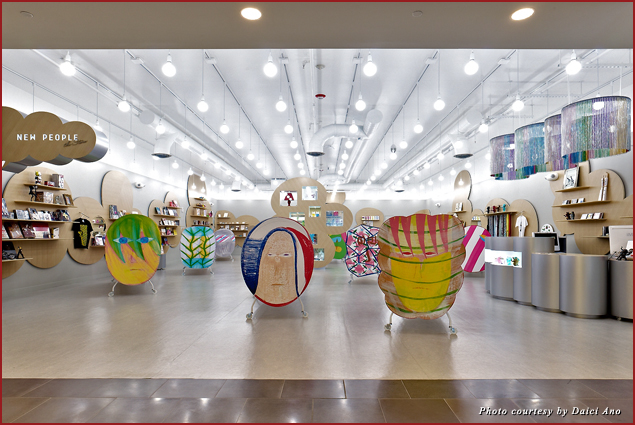 Calling all fashionistas, manga maniacs, anime junkies, and trendsetters—Japanese pop culture has a new mecca in San Francisco. Brought to you by Viz Pictures, a U.S. distributor and producer of Japanese films, NEW PEOPLE is a sleek, four-level modern glass complex showcasing the latest in fashion, retail, trends, movies and pop art from Japan. This one-of-a-kind destination appeals to hardcore anime and manga fans and J-Pop neophytes alike with its dizzying array of merchandise and art. 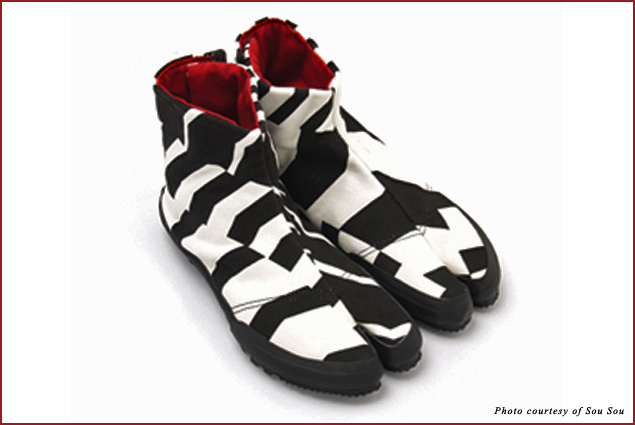 Before you dive in, savor San Francisco’s coveted Blue Bottle Coffee without the wait when you purchase it at NEW PEOPLE’s cafe-cum-box office. This lobby cafe is stocked with upscale eats like Delica’s organic gourmet bento box lunches and Ito En’s artisan teas. Fuel up with a Dixie-cup sized, high-octane macchiato, or tea if you want to stay true to the Japanese theme of the day, while seated beneath artwork by Yoshitaka Amano, best known for his character designs for Final Fantasy.

Up a short flight of stairs you’ll find NEW PEOPLE, The Store which is home to an array of carefully curated Japanese merchandise including apparel, accessories, books, toys, DVDs, music and design items for the home and office. This is the first appearance in the U.S. market for roughly 60-70% of the products displayed here. Hot items include Q-Pot’s ice cream and cookie motif jewelry and accessories, an impressive array of quirky miniature Ipod speakers, and lightweight, durable SIWA washi-paper tote bags. Add in a wide selection of manga, anime and designer toys and you’ve received a thorough primer in contemporary J-Pop culture. In a spectacular blending of J-Pop and regional culture, NEW PEOPLE, The Store also sells a select few local retail items designed to bring a bit of San Francisco flair to this Japanese showcase. 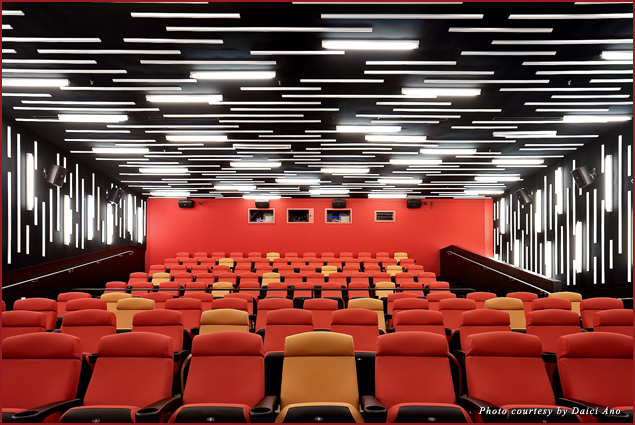 When you’re done indulging in all things Kawaii (cute) in the retail store, move up the inner stairwell replete with its own permanent art exhibit by illustrator Noritake and ambience created by Sohei Moriyama, a highly respected sound artist from Tokyo’s club music scene. There you’ll find the fashion floor featuring the first U.S. flagship stores of boutique clothing lines Baby, The Stars Shine Bright and Black Peace Now, both making major inroads in bringing the height of Lolita fashion to America. These wildly popular brands provide a cutting-edge clothing experience, whether it’s Baby’s playful Alice-in-Wonderland vibe, their pirate-punk Alice and the Pirates line, or BPN’s sleek black silhouettes and gothic details. For truly unique footwear try shoes by Sou‧Sou. Their handcrafted traditional Japanese “Tabi” work shoes are updated with striking graphic patterns and have a large following among dancers and the sneaker-obsessed. 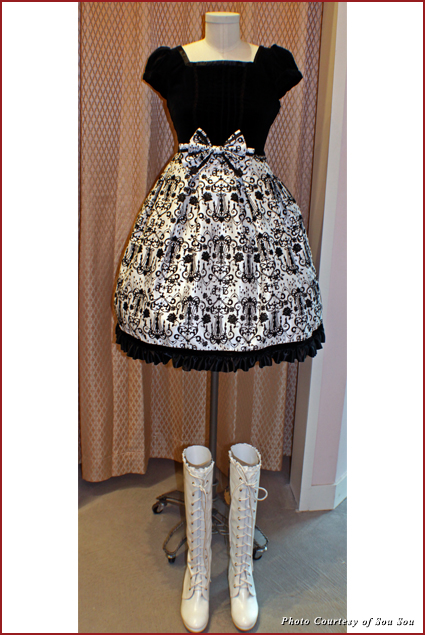 One floor up, the NEW PEOPLE complex is topped by a modest art gallery featuring a rotating collection of popular Japanese artists. The SUPERFROG gallery exhibits works in a variety of mediums, from screen-printed illustrations, to three-dimensional chandelier sculptures made of natural materials and reusable wastes, to ceramics. Thanks to a well-connected native curator in Japan the gallery discovers the best new artists quickly and introduces them to the U.S.

Seeing as Viz Pictures is the creator of this hub of 21st century J-Pop culture, it’s no surprise that the heart of the NEW PEOPLE experience is a sleek underground cinema dedicated to showing the latest in Japanese films, documentaries and anime. The theater’s schedule is a mix of J-Pop cute and cutting-edge cool along with thoughtful mainstream movies that showcase modern life in Japan. The theater itself is a work of art. Bay Area architect Jay Adams designed the walls to mimic the city lights of Tokyo and its insanely comfortable and colorful seats are imported from Spain. VIZ Cinema hosts special weeknight showings of popular anime to appeal to their niche audience, as well as longer runs of more mainstream movies for the foreign film-loving locals. Playing now through January 21st is Midnight Sun, a rather overwrought teen melodrama about a girl who suffers from a rare skin disease called Xeroderma Pigmentosum (XP) which prevents her body from repairing cell damage caused by ultraviolet light. She must avoid sunlight completely, yet still manages to develop a budding romance with a local boy. Viz Cinema’s schedule rotates frequently enough that even if teen tear-jerkers aren’t your scene you’re sure to find a movie that appeals within a matter of weeks. The public hasn’t quite caught on to this gem of a theater yes, so you’ll avoid the lines and enjoy an intimate night at the movies. Purchase your tickets, nosh on wasabi popcorn and mingle with the nighttime crowd at Japantown’s best-kept secret.