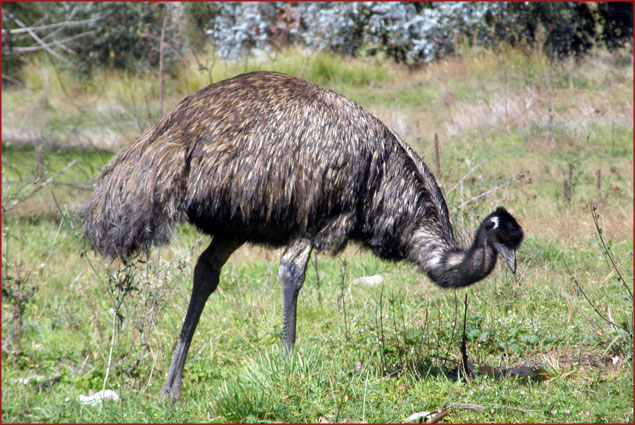 Tidbinbilla sits in a green valley about 45 minutes west of Canberra. The surrounding mountains are the beginning of Australian Alps National Park. But the true and unique treasures of Tidbinbilla are in the valleys. In fact, with fourteen protected habitats and a wildlife tally that includes koala, platypus, emus, kangaroos, wallabies, and black swans, Tidbinbilla is a microcosm of Australian ecosystems and animal-life.

As we drove into the park, we spotted our first- emus and kangaroos grazing in the valley fields. The emus didn’t even seem to be bothered when I hopped out of the car to get closer photos of them. As much as I used to be scared of the giant birds, I now find them fascinating, even underrated. At the very least, the sight of them grazing beneath the Australian Alps was certainly surreal. 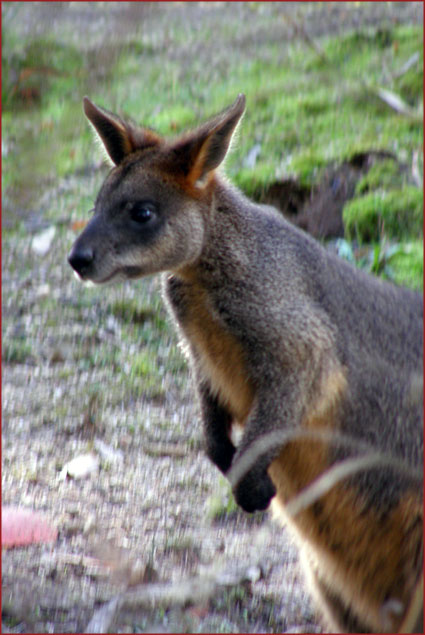 Rangers lead a regular schedule of talks at Tidbinbilla and we were keen to get on the afternoon koala talk. Ten years ago, there was a large active koala colony in the park. But in 2003, tragedy struck when a bushfire ravaged the park. According to the park’s rangers, most of the park was affected. But the eucalypt forest – home to the koala colony – was destroyed and the koalas themselves were killed. This story has a happy ending, though. Seven years later, nature has spun its magic, and the forest has healed. And, as the tastiest trees have returned, so have the koalas – the park now has six. We hoped to catch sight of at least one. 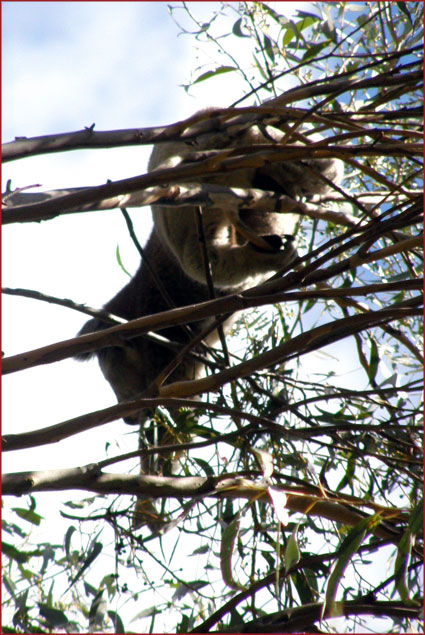 We lucked out almost right away. In one of the first trees, high in the canopy, was a koala… and he was awake. Consider this: Most Australians go their entire lives without seeing a koala in the wild. And even if you spot one, they sleep for 20 hours out of the day. So, to see one awake in the bush is a double-blessing. We continued the ranger-led walk, and, towards the end, I saw something move in the bush and readied my camera. It wasn’t a koala, but it was a shy swamp wallaby…and it was also the first time I’d ever seen one. I’m not usually one for cute animals, and this guy was nothing if not cute, but still one of my favourites of the day.

Another featured habitat, The Sanctuary, showcases a wetland environment. The easy, accessible boardwalk leads through the wetlands past cranes, Australian pelicans, flocks of cockatoo, and numerous black swans. Our luck followed us, and we even saw one nesting with its day-old chick.

As we passed each pond, we stood and watched the water- hoping our patience would pay off, our luck would hold out, and we’d catch sight of Australia’s elusive platypus. In fact, we watched very patiently until a park volunteer directed us to a pond at nearby Black Flats Dam, where she’d recently seen one. We spent many more patient minutes looking at the water’s surface. And then… we saw one.

The terms used to describe spotting a wild platypus are “one-in-a-million” , “once-in-a-lifetime.” Perhaps that’s because they’re so hard to see. They surface to breathe for about five seconds before diving back below the water. But, for that five seconds, you have the rare treat of seeing one of this world’s most unusual creatures: God’s joke, nature’s “hoax,” – the fur-wearing, egg-laying, venomous, duck-billed platypus. They surf along the water, circle and swim, dive, then surface again. Often, as they surface, the most visible feature is their famous “duck-bill.” Even from a distance, our platypus was a treat to watch.

So, with the wildlife tally higher than we could have anticipated, we called it a day, glad that we had opted for an annual (rather than day) pass to the park. Although we had seen a lot, we hadn’t even touched any of the park’s many bushwalks, or walks celebrating its indigenous spirituality.

Rangers emphasize that Tidbinbilla is not a zoo. There is no guarantee of spotting wildlife, since they are just that – wild animal-life. However, I’ve never been anywhere in Australia where your chances are as a good as at Tidbinbilla. To better your chances, ask a ranger or park volunteer where wildlife has been spotted that day. They have the best information, and communicate the most recent sightings to each other via radio.

A vehicle day pass to Tidbinbilla is $10. However, an annual vehicle pass is only $20, and is a good option, since it’s hard to see all the park’s features in one day. Tidbinbilla is easily accessible by taking Tidbinbilla Road , west from the Tuggeranong Highway, in Canberra’s south. 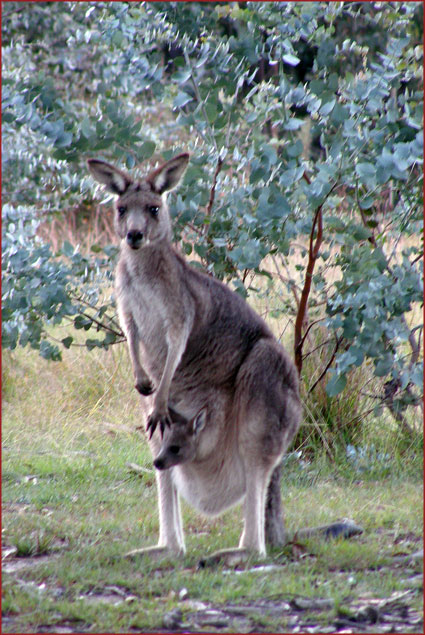