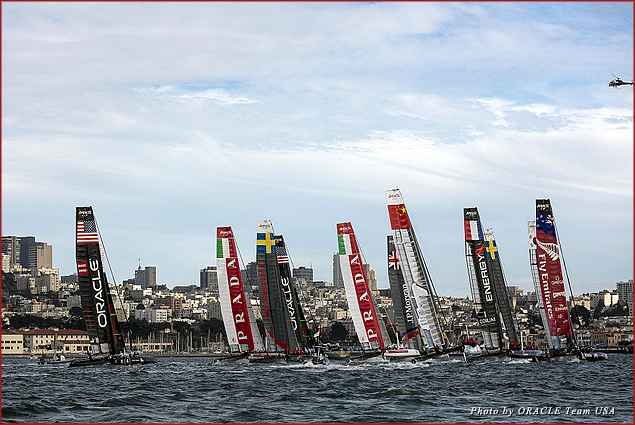 More than a million people turned out to watch the America’s Cup World Series during October 2012. Spectators weren’t disappointed by the world-class sailing in San Francisco Bay. Every inch of shoreline was crowded with people as they watched the best of the best compete for the coveted win. The same 11 teams that competed in August were back with more resolve than ever to win the AC World Series. 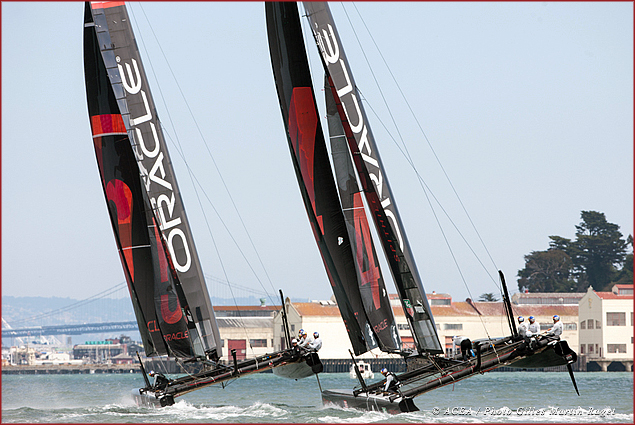 Events included Match Racing with two teams competing and Fleet Races with all 11 teams participating. If that wasn’t enough excitement, the annual Fleet Week air/water show was also happening during the weekend with the Blue Angels headlining. 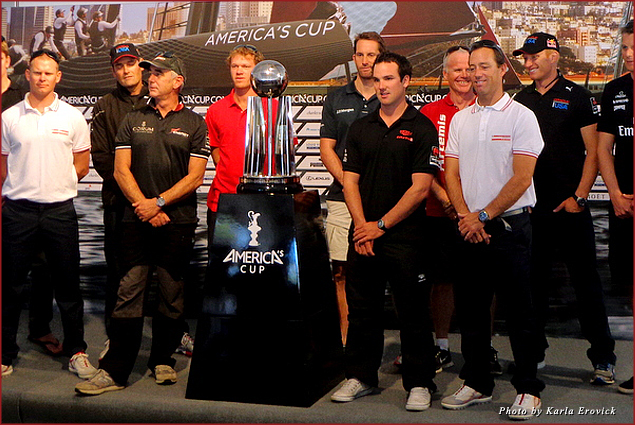 There was a plethora of activities during the five-day regatta held at the AC Village on the Marina Green. Skippers of the 11 international teams were available to meet the public and the media. At the conclusion of each day of racing, a recap took place on the main stage. An official America’s Cup company store sold team clothing and other racing paraphernalia. Giant screens showed the televised races to the crowds and hospitality tents such as Napa Valley and Moet Chandon sold beverages to the thirsty. 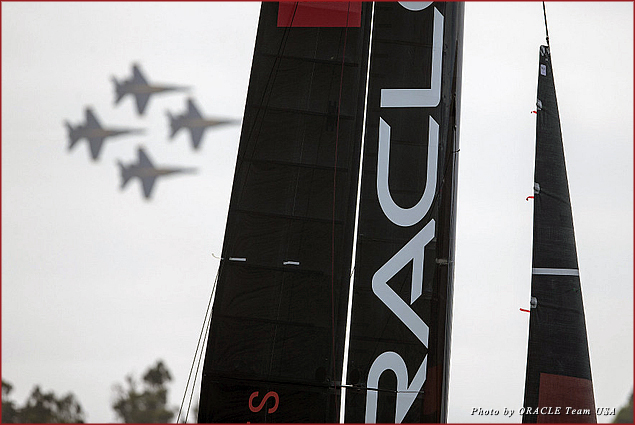 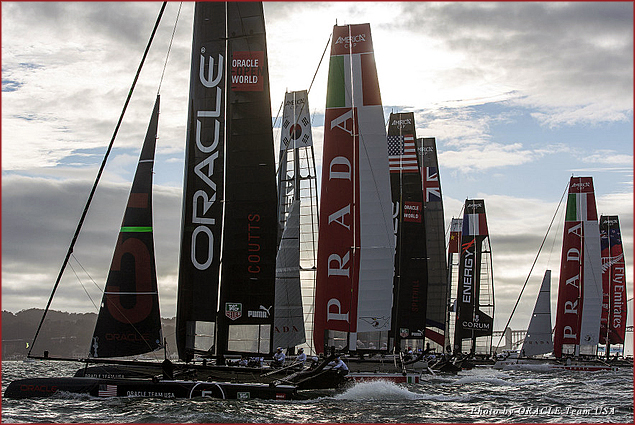 The racing was as exciting as ever with near misses, a capsized boat, and penalties. The bay was crowded with 1,500 boats vying for the best vantage point during the races. 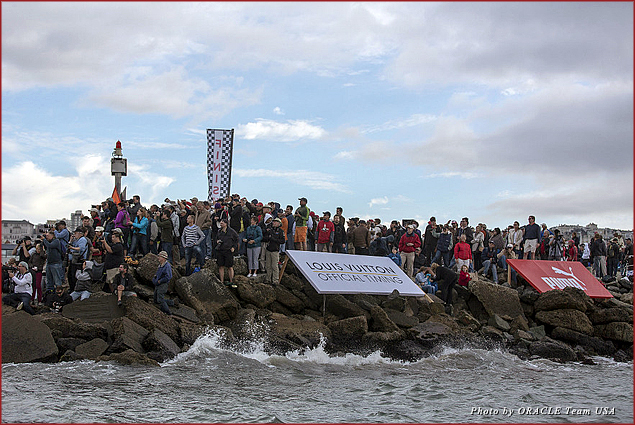 It wasn’t a surprise that with Oracle Racing Team USA as the defender, America’s Cup employed the latest technology. An America’s Cup application provided real-time racing information when a device was pointed at one of the boats. Cameras on each of the racing boats allowed spectators to experience the race from the perspective of the participants. Race coverage was available via YouTube and televised globally. Even non-sailors became familiar with race formats and terminology. 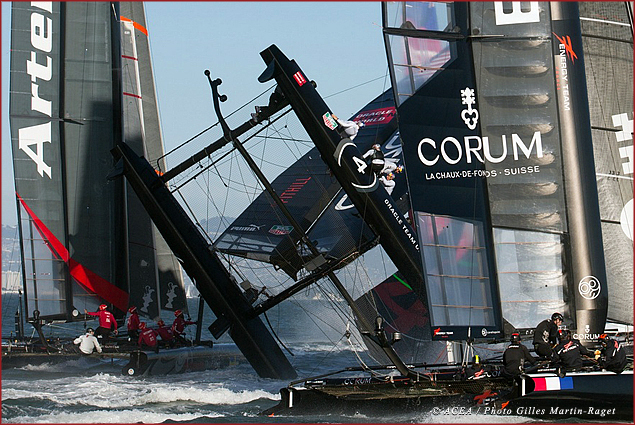 During Day 4, Oracle Racing Team USA Spithill capsized during Match Racing but was able to right the boat and participate in the day’s final fleet races. During this level of racing, anything can happen, and it does. Despite the setback, Oracle Racing Team USA with skipper Jimmy Spithill went on to win the overall Match and Fleet Racing championships. 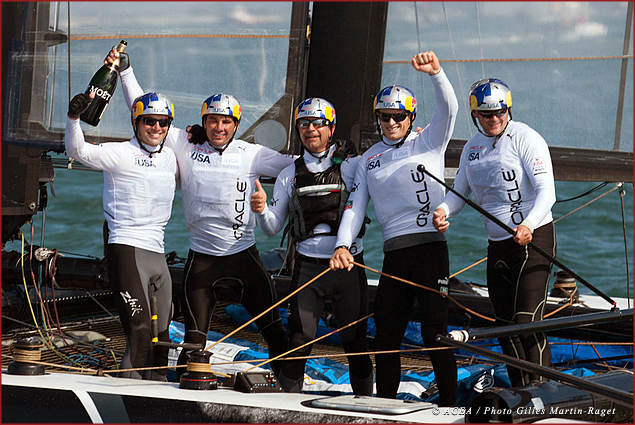 America’s Cup is one of the biggest sporting events ever to come to San Francisco. America’s Cup racing returns in 2013.