The World’s Most Extreme Races 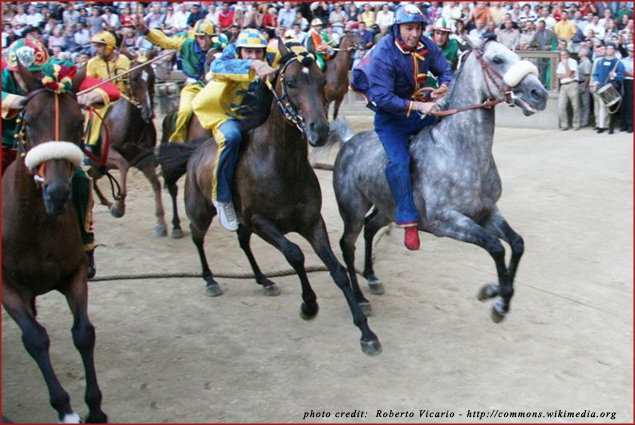 They attract the world’s best athletes. They are fast. They are furious. We’re talking extreme races. Whether it’s hitting top speeds of more than 200 miles per hour, facing unbearable weather conditions, or taking a journey to the edge of endurance, these events push us to the limit. Read on for Jetset Extra’s favorite picks of the most challenging, most extreme races around the globe.

IL PALIO Siena, Italy
It might possibly be the most exhilarating 90 seconds in the history of horse racing. Siena, Italy, is home to the Il Palio, a horse race held twice a year on July 2 and August 16. Ten horses and riders representing their contradas, or city wards, dress in their appropriate colors and race wildly around the Piazza del Campo, Siena’s main square.

A spectacular pageant precedes the three-lap race, which showcases flag wavers in medieval costumes followed by carabinieri (armed forces). Unlike any other horse race, the jockeys ride bareback, and it is perfectly acceptable for riders to use their whips not only for their own mounts, but to distract the other horses and riders. It may very well be the only race in the world where the winner is the first horse to cross the finish line, with or without its rider. And the victory doesn’t come easily. Over the past century only two wards have ever succeeded in winning both the July and August races in the same year. The loser, on the other hand, is the contrada whose horse came in not last, but second. For arranged tours with views of Il Palio, accommodations and local activities try Palio Tours. Buona fortuna, or good luck! 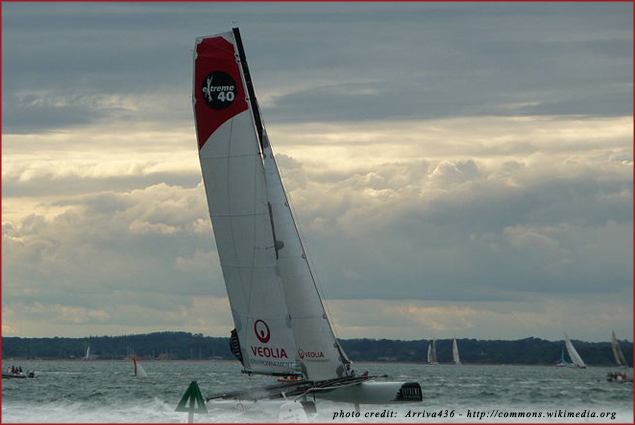 EXTREME SAILING SERIES
Where do the best skippers in the world showcase their talent? At the Extreme Sailing Series, an international inshore racing circuit featuring competitors ranging from Olympic medalists to world record holders to match-racing champions.

Five incredible venues at cosmopolitan cities and glamorous seaside resorts hosted the 2010 Extreme Sailing Series. The series began in Sete, France, and progressed to Cowes, United Kingdom, Kiel, Germany, Trapani, Italy, and finished in Almeria, Spain. The circuit continues to wow VIP and spectators across Europe. Each location and course is carefully selected to provide not only the most exciting racing, but also the best vantage points for spectators to get up-close to the action. Picture yourself at a luxurious oceanfront resort watching state-of-the-art 40-foot catamarans race past, often less than 15 feet away.

Each regatta takes place over a four-day period, with as many as 18 races, each lasting no more than 20 minutes. At corporate sailing races, VIP guests and media are given the opportunity to experience the leading-edge sport catamaran, known as the Extreme 40, out on the water. Even with a ‘fifth man’ on board, expect the sailors to take no prisoners in these adrenaline-fueled races.

BADWATER ULTRAMARATHON Death Valley, California, USA
For the ultimate extreme marathon, look no further than the Badwater Ultramarathon, presented by AdventureCORPS. The name alone sounds impressive. Recognized globally by many as “the world’s toughest foot race,” this legendary annual event brings together nearly 90 of the world’s best athletes including runners, triathletes, adventure racers and mountaineers, who compete against each other and the elements over the 135-mile course. The race starts at the lowest and hottest place in the United States—Death Valley, California, which lies 282 feet below sea level and has temperatures reaching more than 130 degrees.

The race covers three mountain ranges for a total ascent of 13,000 feet, finishing more than half way up the highest point in the continental U.S., Mt. Whitney. Given the extreme conditions of this demanding course, very few people, even among the ultramarathoners, are capable of finishing this grueling race. The race is so dangerously challenging that each runner (eligible by invitation only), must provide his or her own support crew and vehicle in addition to the AdventureCORPS race staff, medical team, and check points. 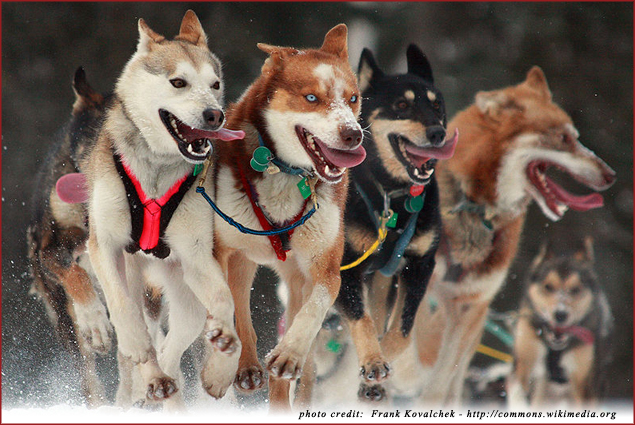 IDITAROD TRAIL DOG SLED RACE Anchorage, Alaska, USA
This legendary dogsled race runs over 1,150 miles of some of the most extreme and beautiful terrain Mother Nature has to offer. Racers encounter mountain ranges, frozen rivers, dense forests, desolate tundra and windswept coastlines. Combine this with long hours of darkness and temperatures dropping far below zero, and you have the Iditarod Trail Dog Sled Race, a feat only possible in Alaska.

A dogsled race might not be the first event that comes to mind when pondering the most extreme races around the world, but in Alaska, the top mushers and their dogs are local celebrities. More than 50 mushers enter the race each year, the majority of participants from rural Alaska and a few from the Lower 48 States, Canada, and overseas. Today’s modern racing dogs are mixed-breed huskies bred for speed, tough feet, endurance, a good attitude, and most importantly, the desire to run. A team of 12 to 16 dogs races from Anchorage to Nome. No new dogs may be added after the start of the race, and at least five dogs must be in harness when crossing the finish line.

The Iditarod takes place every year on the first Saturday in March. Martin Buser set the record in 2002 with a winning time of eight days, 22 hours, 47 minutes and two seconds. Will 2011 be the year for a new record? Find out more on their website. 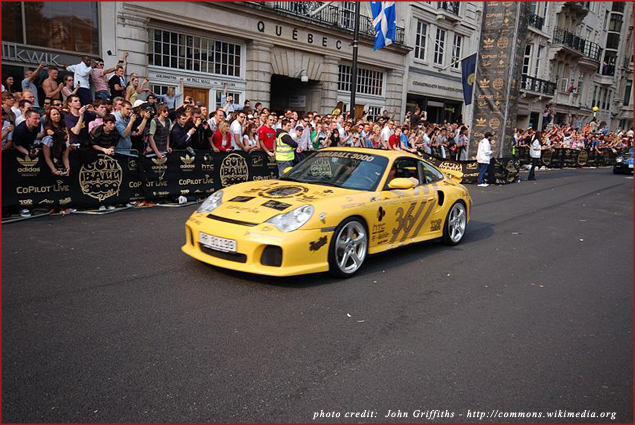 GUMBALL 3000 Worldwide
Think of it as a global road-trip adventure. Founded in 1999 by Maximillion Cooper, the Gumball 3000 draws 120 of the most exotic and powerful sports cars from around the world, from vintage American and European 1960s muscle cars to Aston Martins and Bentleys. The more amazing the vehicle, the greater the chance of being selected. The annual 3,000-mile international road rally has an annual entry fee of £25,000 and takes place on public roads with a different route around the world each year. The Gumball 3000 attracts a rock stars-to-royalty list of racing participants, including such icons as sports star Tony Hawk; musicians Travis Barker, Xzibit, and Eve; and Jackass stars Chris Pontius, Bam Margera, and Ryan Dunn.

Next year’s adventure might just be the most exciting to come, with an emphasis on eco-friendly vehicles. Cooper says it best —2011’s Gumball 3000 will be an “amazing 3,000-mile route full of cultural contrasts…We’re going from London to Istanbul in 7 days, via Paris…Barcelona…Cannes Film Festival…The Monaco Grand Prix…Venice…Belgrade… Sofia. Incorporating the Cannes Film Festival and the Monaco Grand Prix will be HUGE!”

However you like your extreme racing – on horseback, the high seas, on foot, in a dogsled or behind the wheel – 2011 will be a year to watch.

Twelve Tips for Packing More Romance Into Your Trip Fun in the Sun: The 2011 Guide to Summer Food and Wine Festivals