“The Trip” 5: Nashville to Auburn 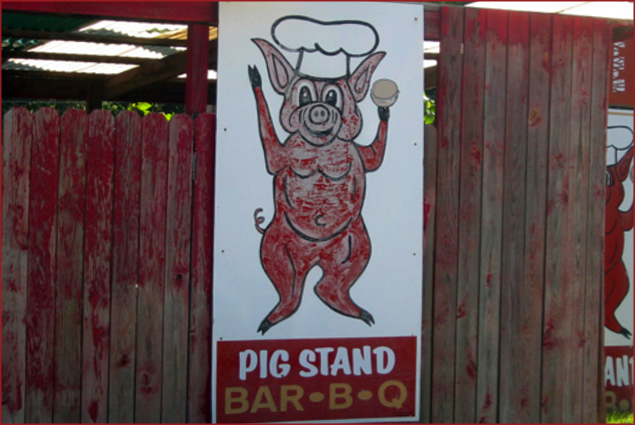 Five hours of sleep and digestion are not enough to recover from Friday’s eating and driving frenzy, but they would have to do. It was game day.

We got in our car and realized our hotel was in the shadows of Vanderbilt Stadium, Dudley Field. A perfect location had that been the game we were going to see. Instead of a three-minute walk to the stadium that was staring us in the face, we had a 300-mile drive ahead of us to Auburn, Alabama. We wanted to get there in time for the full game-day experience, so we had to leave at 7:30 in order to have time to stop for some barbecue. Armed with coffee and with our appetites restored, we hit the road.

About two hours from Nashville is Decatur, AL and Big Bob Gibson’s. We arrived just as they were opening, and quickly realized that we were in Alabama country. They did not take kindly to two of us wearing the colors of the hated Auburn Tigers. We explained the story of The Trip and that Auburn was merely a stop on the journey. Realizing that we were not who they thought we were, but rather people masquerading as people who they thought we were, we received excellent service.

Sidebar: Why the hats??

In addition to helping me get to the goal of all 120 schools, the trips serve many purposes. There is the football, barbecue, cultural experiences and …the wagering. It is not your typical Vegas style wagering, but rather the kinds of bets governors make during a Superbowl.

In the weeks leading up to The Trip, I ordered hats. Two hats representing the home team and one representing the visiting team, and they indicate which team one of us is required to cheer for during the game and are chosen at random. After many years of this I have acquired and given many payoffs in these wagers, including a bale of cotton from Mississippi, Osmond Family eight-track tapes from Utah, and a rack of baby-back ribs from Alabama. The wagers serve not only as another thing to debate throughout the weekend’s car rides, but the mementos also provide lasting tangible memories of a great time.

This Trip, Lee won the Louisville/Cincinnati game representing the University of Cincinnati. His prize was a customized mini Louisville Slugger with his name etched into it. The annual award presentation generally happens at Thanksgiving. This year, I lost every game, so I did all of the giving and none of the receiving. Not sure it is true that it is better to give than receive, but I was thankful anyway.

We were not hungry at all when less than half a mile after pulling out of Big Bob Gibson’s, The Pig Stand caught our eye. So that called for an impromptu stop. Neither the ribs nor the chicken were worth the trip. The sauce was too sweet for my taste – I also think we were really full. This was all an appetizer for the weekend’s big game, Arkansas at Auburn, where we were headed next. 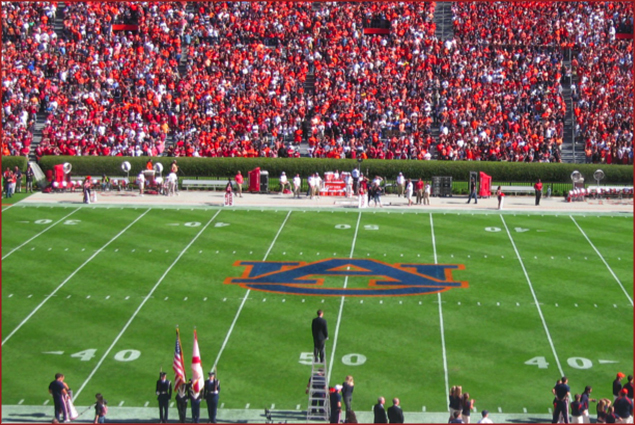 Two hours later we pulled in to Auburn, AL. This being The Trip, we naturally found parking within sight of the stadium. Also in view was Momma Goldberg’s Deli. What? Really? A place named after my mother in the middle of Auburn, Alabama? We would definitely have to hit that place later, but there was business to tend to.

The people that we meet along the way turn into legendary characters that we talk about for weeks, even years after The Trip. We think that because there are three of us rather than four or two, there is always an odd man out that is talking to someone outside of our trio that affords us the chance to introduce a new player into our stories. Our next new acquaintances were no exception.

We were struggling to find tickets at a fair price (a common occurrence on our big game Saturdays, but patience always prevails). After searching and trying all of the tricks we have learned over the years, we met John and Dean. Of course, the only reason I remember their names is because I think of John Dean the former White House Counsel and Watergate player. John was a big Auburn donor and Dean was his sidekick. They were reminiscent of Lenny and George from “Of Mice and Men.” John was big and aloof and Dean was there to be his straight man.

They were stuck with three extra tickets at the last minute and had employed the services of a ticket-scalping pro. We met the pro lingering outside the stadium earlier, and he approached us with his new merchandise. John and Dean were desperate, and we once again secured seats on the 50-yard line for less than face value. John was so drunk that he was thrilled with the transaction. After we got to know them during the game, John said, “Well, if I had known you were in town for a trip like this, I only would have only charged you face value for the tickets.” I didn’t dare tell him that he had given me a better deal than that already and quickly changed the subject.

The game did not disappoint. It featured the eventual Heisman Trophy winner, several first-round draft picks, and the best two teams in the SEC. The final score was 65-43, and the game was a thrill ride. The pageantry of the stadium, fans, and band were exactly what one expects form big time football in the south – palpable passion and perspective on the game that is borderline “life or death.”

A treat was “Dreamland” nachos, a favorite stop of ours from a previous trip to Alabama. Their barbecue sauce and meat covering some chips.

After the game, I headed over to Momma Goldberg’s Deli. I was in there a while, as they were amazed that my name was Goldberg and I had to meet a few people after showing my driver’s license. It wasn’t clear if they were surprised that my name was Goldberg, or if they had never seen a Jew before. I returned to the parking lot where Ronnie and Lee were tailgating with John and Dean to find that John had bartered a bottle of Maker’s Mark for a satellite signal. He thought it was important since Ohio State was number one that we all watch the Ohio State v. Wisconsin game together. We watched the first half with John, Dean and their borrowed satellite signal.

At halftime, we were ready to explore more of the area surrounding the stadium. We asked our new friends which way to go. We were told to go up the street we were on and then “take a left at the toilet paper.” After heading up the road we looked at each other and wondered why we didn’t question that last comment. I have heard many a strange thing, but never have been told to turn left at the toilet paper, but we forged on…

Toomer’s Corner is a grove of trees that after an Auburn football win gets covered in massive amounts of toilet paper. It is a spectacle – I now know why there is never any toilet paper in a public restroom when you need it. It is not the most environmentally friendly tradition, but it is fun to see people young and old hurling the stuff.

We found a bar, watched the end of the Wisconsin game in disgust, and drowned our sorrows in some burgers from Five Guys – a place we don’t have out west. They were outstanding, and the perfect punctuation to a good day of eating and football. 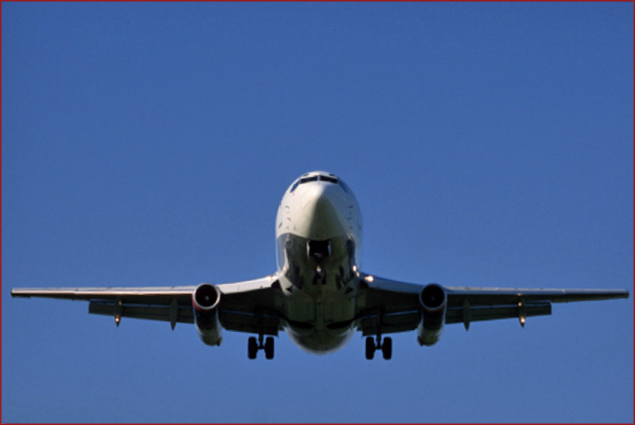 The last day of The Trip usually provides for some exhausted reflection. In the first few years, we used to attend an NFL game in the area. Now we generally forgo the game for one more gluttonous meal before the flight home. This year, we stopped at the Waffle House (my all-time favorite – I like it because the enjoyabilty of the food is in inverse relationship to the cleanliness) and then headed for the Atlanta Airport.

The Trip No. 5 started with me seeing Greg Raymer – a pseudo-celebrity poker player – at O’Hare, and ended on a flight home with me sitting in front of Jared, a pseudo-celebrity sandwich hawker. I smiled to myself thinking that Raymer could go on Jared’s diet, and then realized that I had probably consumed 20,000 calories over the previous 3.5 days, and that I’d best keep my thoughts to myself. We had driven nearly 1,500 miles, met some interesting characters and eaten some amazing food; and the early mishap of missing our flight felt as though it was years ago.

“The Trip” 5: Louisville to Nashville “The Trip” 1: Raleigh to Winston-Salem