The Russians Are Coming – Anna Parkina at SFMOMA 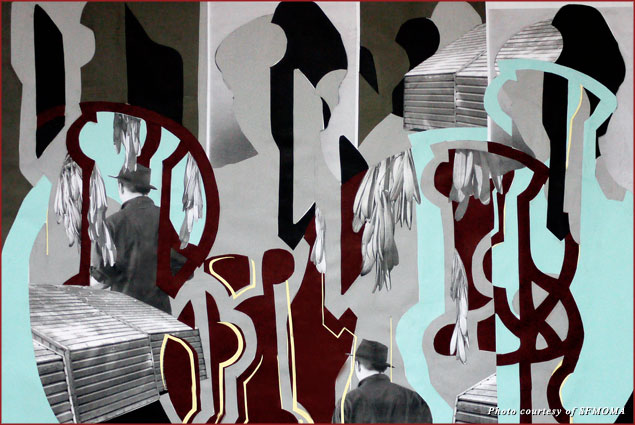 A series of newest works (all dated 2010) by a young Russian artist from Moscow is now presented in New Work: Anna Parkina at the San Francisco Museum of Modern Art. Invited by the museum to spend two weeks in San Francisco, Anna was engaged with the installation and present at the opening of her exhibition.

Two dozens of her layered works on paper—collages with watercolor, photos, and text fragments—were all created specifically for the current presentation, although her previous body of work is not only substantial but also well-represented and accepted in many European galleries. 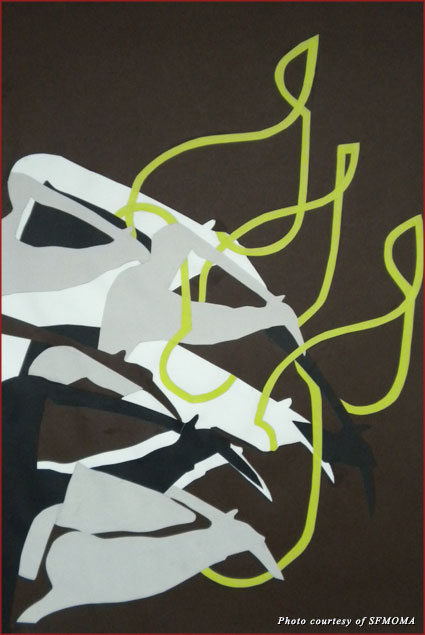 Parkina’s rhythmical compositions, some measured and restrained, some overcome with unruly splashes and invasive penetrations of contrasting shapes and colors, all have some disturbingly chaotic interventions and repetitions, which, according to the artist, reflect the realities of Russian life in the 1990s.

Following the collapse of the Soviet Union, that was the time marked with not only extreme devastation and tension but also saturated with assertive creativity. At the end of the era Parkina, then 18, left her home country to spend ten years studying art in France and Southern California. Since she returned to Moscow three years ago, her works reflected two different periods of Russian reality, then and now, twisted and intertwined.

A photogenic woman’s face (the artist’s) appears and disappears among the abstract forms, automobile silhouettes, and mobile garages or housing projects. 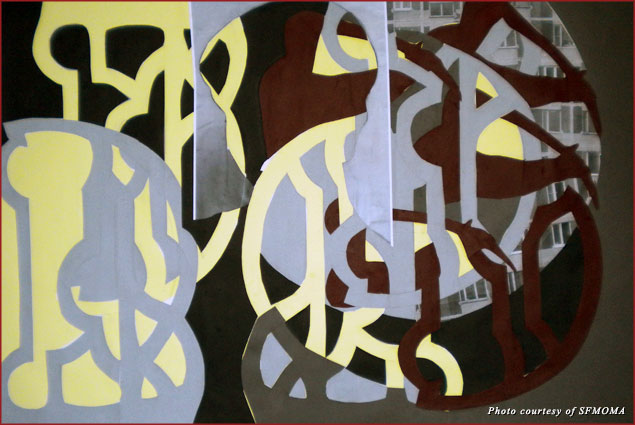 From time to time, a hand holding a scythe moves repetitively across the picture as a dual symbol of fertility and death. A man in a trench coat and a fedora penetrates swirls and columns of colored paper, but his face is always in a shade or turned away.

Sometimes, we see elements of flora and fauna or cryptic textual messages cut out of books and magazines. The world of Anna Parkina is as real as it is fantastical, as familiar as it is strange, and it makes exhibition viewers pose and study her work—and then return to it again. 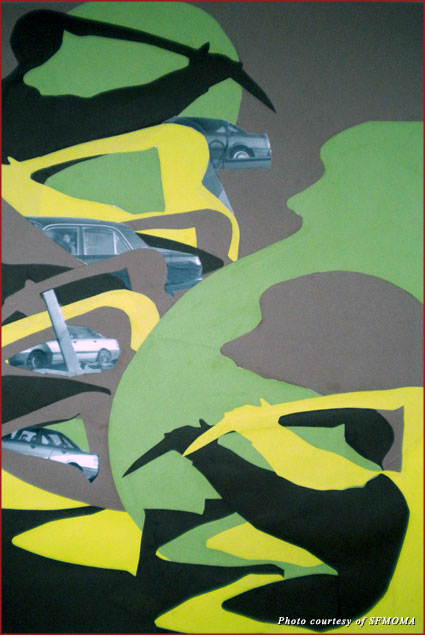 The artist explained that all her images bear titles related to military actions because those who live in Russia most of the time feel like they are living in a war zone. A necessity to fight for your life, to control the situation at all times, and to always stay put, deeply felt by her compatriots, brings anxious notes into the artist’s worldview.

Anna said half-jokingly that she feels safe and relaxed only when traveling to Europe and that San Francisco turned out to be a rather pleasant city to live in, despite her expectations.

The show was organized by SFMOMA’s assistant curator of collections, exhibitions, and commissions, John Zarobell, who discovered Parkina’s art at the 2009 Venice Biennale. 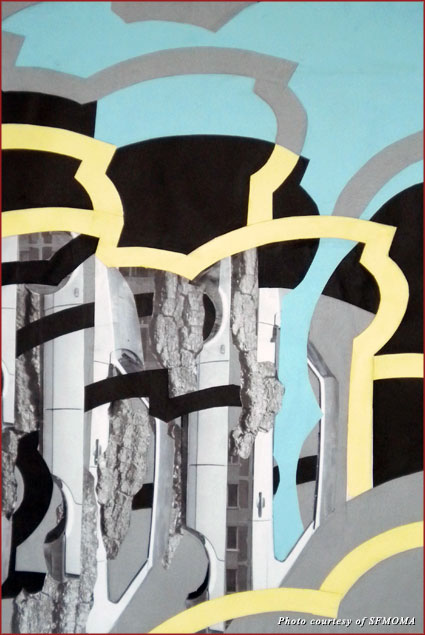 At the exhibition opening, the curator said that he was taken by the historical meaning of her art, not only in terms of reflecting the markers of the time in which she lives but also in terms of using artistic methods and techniques employed by Russian Constructivism of the early 20th century.