The Five Tastes and Other Foodie Events at SF Chefs 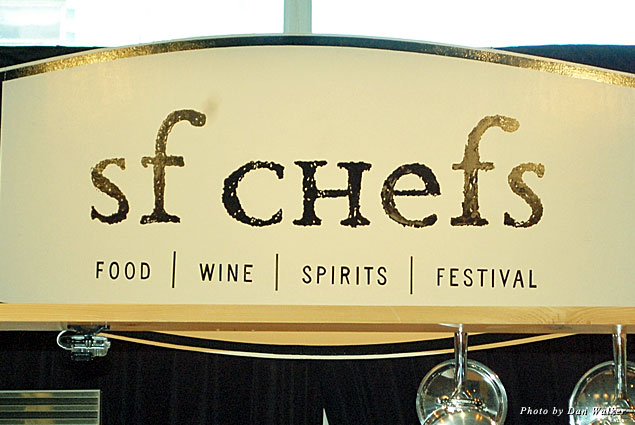 In the heart of San Francisco, in Union Square, I enjoyed an afternoon of wining and dining at the fifth annual SF Chefs festival created by the Golden Gate Restaurant Association and sponsored by Visa Signature and Wells Fargo. Thousands of guests enjoyed the Dinner Project (a series of once-in-a-lifetime dinners showcasing the friendships of the city’s greatest chefs), as well as classes, demonstrations, competitions, tasting tents, parties, and treats from area restaurants, chefs, artisans, and farmers and libations by winemakers, distillers, and brewers. 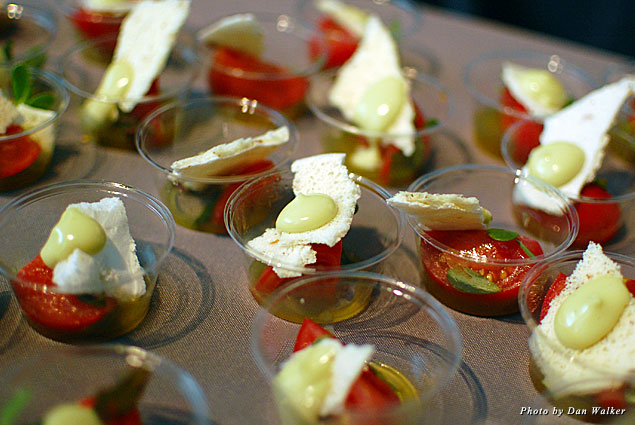 Hog and Rocks with chef Robin Song offered gorgeous heirloom tomatoes with a house-made pork cracker and bathed in a tangy aioli. For this offering, the saltiness of the pork cracker complimented the sweetness of the tomato. 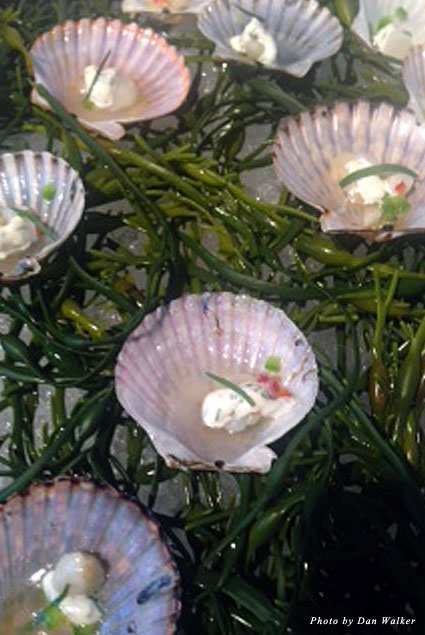 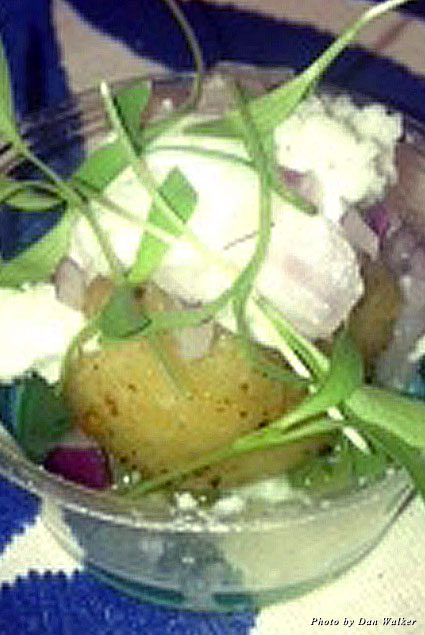 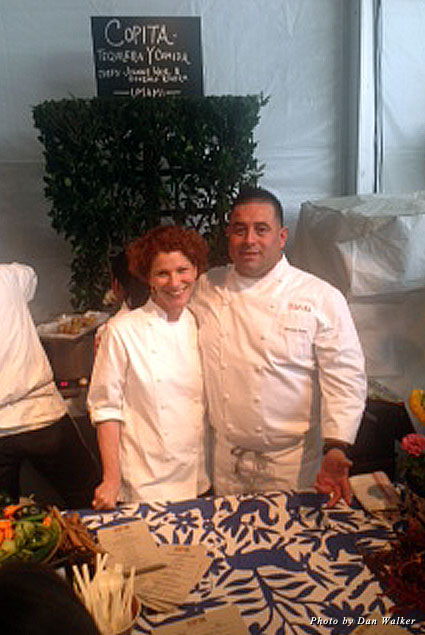 Restaurant 1300 on Fillmore with chef David Lawrence brought my favorite taste of the day, a sweet offering of a cocoa tartlet made with milk chocolate fuilletine and white chocolate mint ganache in a chocolate cookie crust. 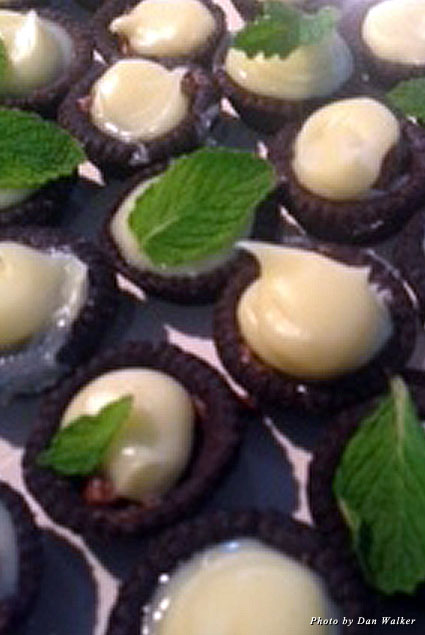 When I reviewed my notes and pictures from the event, I realized I did not taste any sour offerings. However, a few of the cocktail samples were sour, particularly the whiskey drinks.

By the end of the afternoon, I was stuffed and felt as though I enjoyed a balance of tastes from the salty and sweet, sour, bitter, and umami.

I was also able to attend the Eater Challenge, featuring David Bazirigan of Fifth Floor and Mark Dommen of One Market on one team and Omri Aflalo of Bourbon Steak and Mark Sullivan of Spruce on the other. Judging the event were Denise Mickelsen from Fine Cooking, Margo True from Sunset magazine, Tom Sietsema from The Washington Post, and chef David Lawrence. The secret ingredient was nut butter and Nutter Butter cookies, which was challenging given both teams had to use lamb as well. Aflalo and Sullivan won with their gazpacho thickened with nut butter. 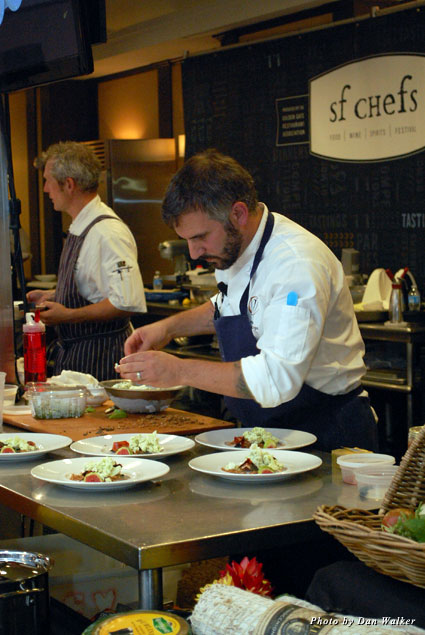 Tickets for the events at SF Chefs ranged from $28 to $650. Proceeds from the event were earmarked for scholarships to send students to culinary schools. I really enjoyed the tent event as well as the cooking competition. I left feeling full—and enjoying the large array of flavors and tastes.