The Black Madonnas of France 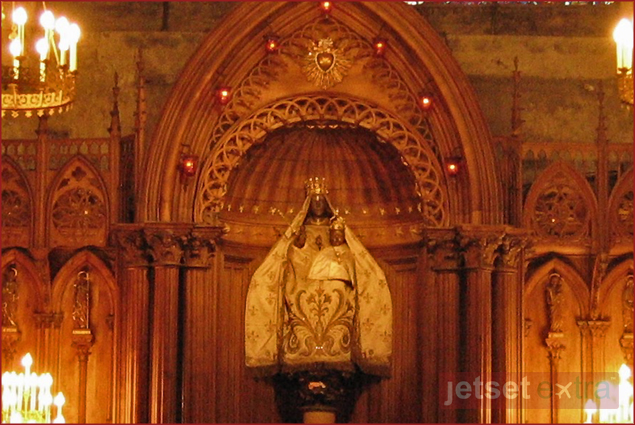 Black Madonnas of France: sounds ancient, scary, and strange, like a pagan corruption of a holy symbol. In reality, Black Madonnas can be found all over, not only in Southern France but in all of Europe, including Germany, Sicily, Poland, Turkey, Czechoslovakia….

Images of Mother Mary but with dark skin, Black Madonnas are considered to be among the most ancient church symbols, pre-dating much, if not all, of Catholicism. But WHO are they? And is their preponderance an indication that perhaps Mary (and therefore Jesus) were themselves black? Is the answer to this long-standing rumor right in front of us?

Most of the Black Madonnas have been hidden in forgotten corners of ancient churches or incorporated seamlessly into Catholicism as if they were not eye-raising exceptions to a cherished set of religious beliefs. So why are pilgrims drawn to them and why the recent resurgence of Black Madonna sacred travel? 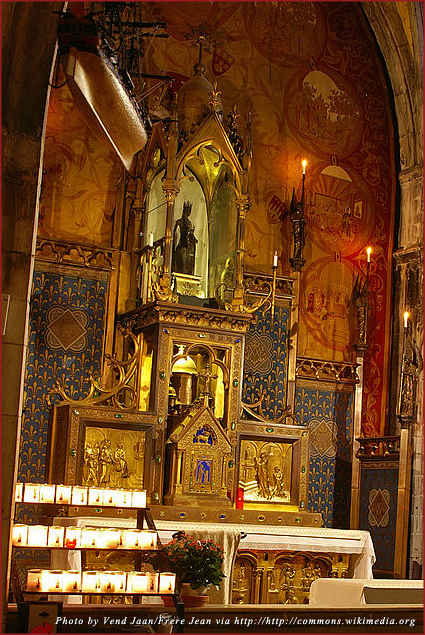 The Madonnas are clearly old, so old no one remembers their origins. Stories abound about statues being rescued from burning churches as if that would explain how their faces were darkened without changing the color of the rest of the wood. Most of these statues predate the churches themselves, such as the Black Madonna of Rocamadour, France, whose primitive features recall early South American carvings; she is rumored to have been brought from Jerusalem by a hermit who had conversed with Jesus. In fact, though that particular statue has been dated to “at least” the ninth century (according to the Michelin Travel Guide) the church grew from the shrine of this Black Virgin, whose healing reputation swept Southern France.

In all cultures where Black Madonnas are a part of their religious iconography—including Mexico and all over Eastern and Western Europe—Catholics seem to simply accept them on faith. For me, I prefer to explore the hidden meaning behind these surprising examples of the Divine Feminine. What can they mean to us?

For one thing, they are a reminder that not everything is easily judged or put into the box we think it belongs in. The Black Madonnas ask us to look at symbols we have glossed over or ignored with an open mind. Almost always depicted with the baby Jesus in their laps, they also embody the same characteristics as their paler sisters: compassion, protection, divinity. Yet the Black Madonnas ask us also to honor diversity and the unknown, as their very presence makes us aware there is still a mystery about our spirituality, that not everything has yet been committed to our understanding.

Perhaps the popularity of Black Madonna tours to Southern France (where many of the planet’s more than 500 Black Madonnas reside) is indicative of a search for deeper meaning or the further shift toward a detente between the patriarchy we live in and the underlying matriarchy that ancient men failed to crush. Either way, it is an opportunity to see things with new eyes, to look the unexpected in the face and thereby examine all of our choices in a fresh light.

Spirit Quest Tours will be visiting several of the Black Madonnas of France in May 2013 in The Path of the Magdalen.