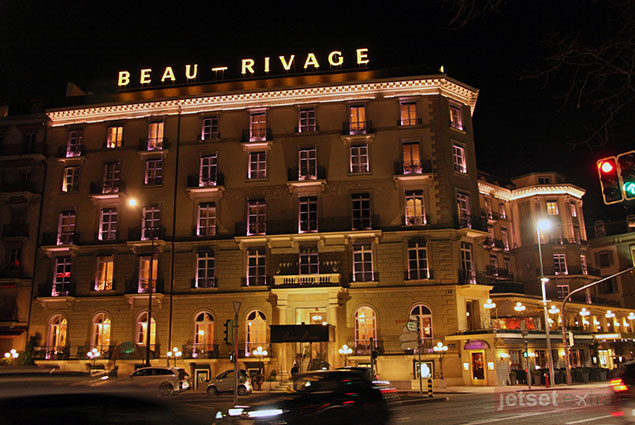 Glitz, glam, swank … no matter how you say it, the Beau-Rivage in Geneva, Switzerland, has it all. This 145-year-old hotel is loaded with innovative ideas and authentic charm.

Current owner, Mr. Mayer, sat with Jason and me and told us his story of growing up here in his family home, the Beau-Rivage Hotel. He regaled us with stories of skating in the hallways in his socks with his friends and meeting his childhood hero, Hergé, author of “The Adventures of Tintin.”

It was while Mr. Mayer was talking with us we realized the importance of the Beau-Rivage. Not only was this Mr. Mayer’s home but also everyone who stayed at this hotel became part of a legacy constantly being updated. Important figures, including kings, maharajas, emperors and empresses, and politicians, have stayed in this hotel. Documents that greatly impacted the world were signed here, and childhood heroes made the Beau-Rivage their temporary home. 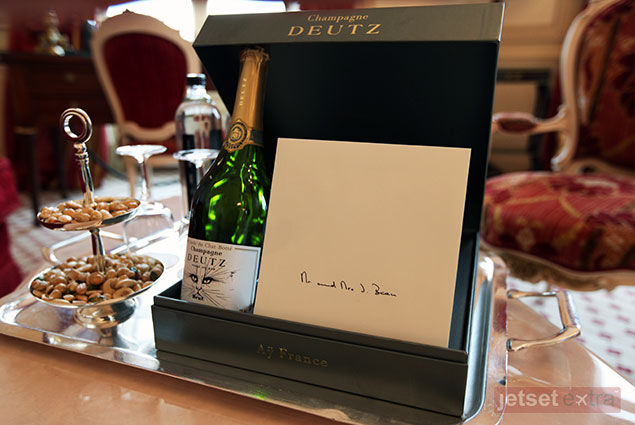 Jason and I were staying in the Sisi Suite on the hotel’s second floor. This suite came with its very own story. The nutshell version of a much longer, more dramatic story as told by Mrs. Mayer, the grandmother of the current owner, who witnessed the event: Empress Elizabeth of Austria, known by those close to her as Sisi, was traveling with friends. They arrived in Geneva by boat on September 9, 1898. On September 10, after a day of shopping and enjoying the city, the empress and a friend decided to go by foot to catch a boat. While on the platform, Sisi allegedly made an anti-protest remark and someone approached the empress and stabbed her in the heart. She returned to the hotel where she passed away 20 minutes later. Though tragic, this is exactly the sort of thing that created Beau-Rivage’s place in history.

The suite itself is stunning. Its placement in the hotel offers an unmatched view of Jet d’Eau in Lake Geneva. The décor is regal and made us feel as though we had stepped back in time. It was by far our favorite hotel room we’ve stayed in, ever. I am sure Sisi would approve. 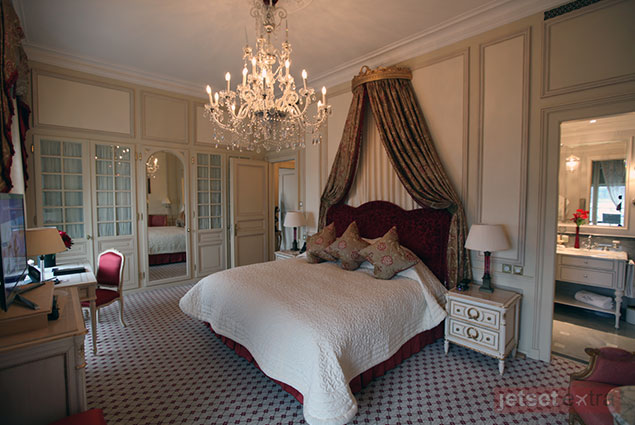 Mr. Mayer also talked with us about his commitment to his guests and how important it is for the hotel to always think ahead. The Beau-Rivage was the first hotel in Switzerland to install an elevator for its guests. The owners constantly try to continue to be authentic but also innovative at the same time. They’ve managed to do it quite well with the integration of upscale modern amenities in the rooms and Wi-Fi throughout the hotel.

Together with the modern amenities and old world décor is the Beau-Rivage’s restaurant, Le Chat-Botté. Michelin star chef Dominique Gauthier, who has been with the Beau-Rivage for 21 years, runs the restaurant. His cuisine is impeccable and representative of the high level of culinary influence he’s had throughout his career. The menu is seasonal and exciting for the guest. Jason and I could not wait to try some of the dishes listed on the menu. 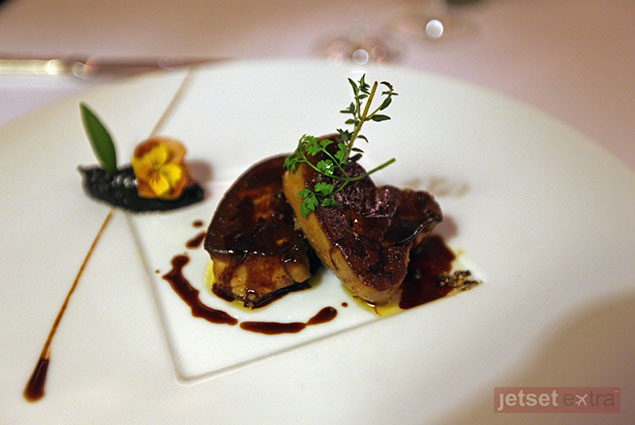 We were lucky enough to dine at Le Chat-Botté twice: Once for dinner, where we had foie gras and lamb loin, and again for lunch at the chef’s table. The chef’s table is quite a treat as we were seated in the kitchen away from the dining room and given an eagle-eye view of the inner workings of chef Gauthier’s kitchen. The food was fresh and expressive of the season. Things such as fresh spring peas and asparagus with vibrant green colors came alongside squab and fish. Truffles and caviar were also major players on our plates.

But no meal is complete without the complement of a great glass of wine. The Beau-Rivage has a treasure trove of a wine cellar. What makes it so special is the fact Mr. Mayer’s great grandfather purchased many of the wines, which were stored in this cellar and never moved. The preservation of the wine is exceptional. Our sommelier, Gary Bovagne, did a remarkable job pairing wines with our meals. 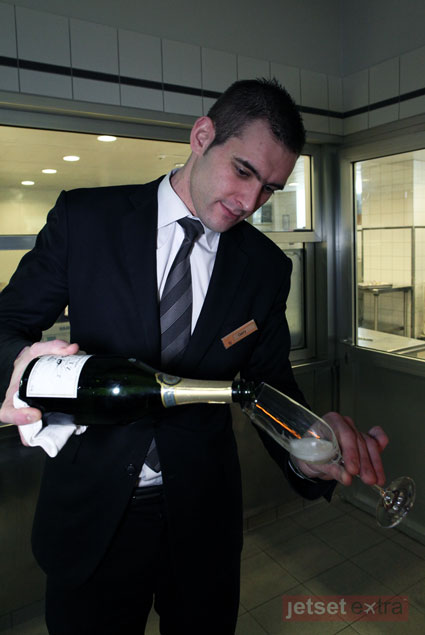 I hope this article has inspired you to visit Geneva and the Beau-Rivage; I think it should be on everyone’s must-see-and-do list. From the city’s historical sites and food experiences to the shopping and of course the Beau-Rivage, I’d have to say this is absolutely one hotel and city I will never forget. I look forward to returning again someday.