Tell Me Once More, Where and What Are the Gulf Islands? 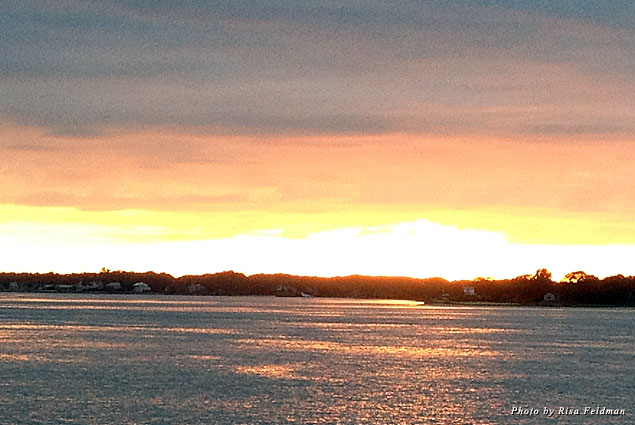 “Where ARE the Gulf Islands?” seemed to be a common question when I told my friends where I was heading. I knew I’d be visiting places named Port Charlotte, Punta Gorda, and Gasparilla, but I admit I didn’t have any idea where they were—and I though I knew Florida well. 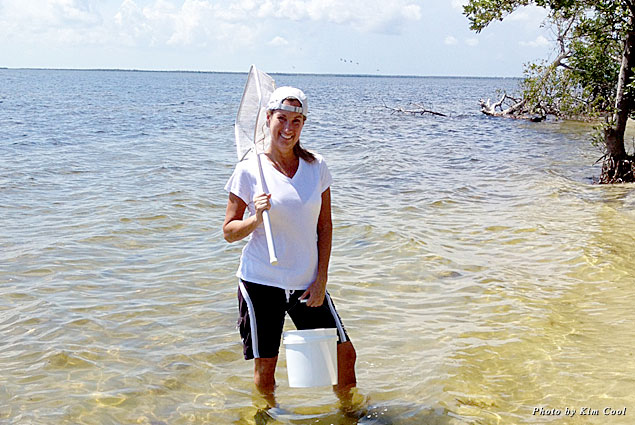 So, here it goes: Florida Geography 101

On the southwest side of Florida (the Gulf Coast) located halfway between Tampa and Naples are Charlotte Harbor and the Gulf Islands. This area hosts a collection of nine coastal communities surrounding the state’s second largest harbor. The area includes Punta Gorda, Port Charlotte, and Englewood, as well as the Gulf Islands of Manasota Key; the Knight, Don Pedro, and Little Gasparilla Islands; and Gasparilla Island. Many people refer to Gasparilla as Boca Grande because that is the primary city on the island. 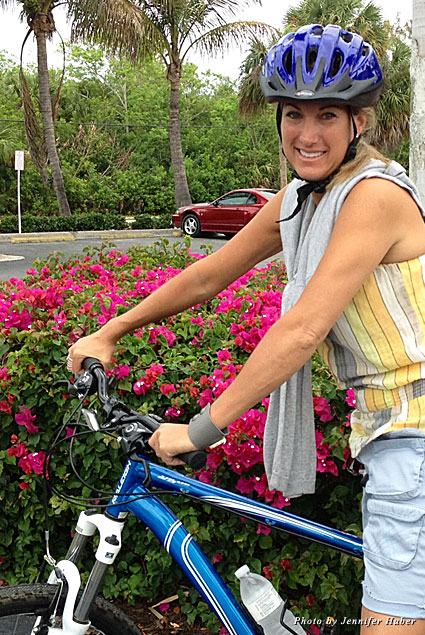 Each area and island has its own look and feel to it. To get a better feel for the area I set out on a bike ride to the Boca Grande Lighthouse.  As I rode over the Port Charlotte Bridge I was instantly transported to a similar view as the one when heading to Long Beach Island, New Jersey. I continued to ride, winding up on a road shaded by old Banyan trees and felt as if I was in Old Key West. 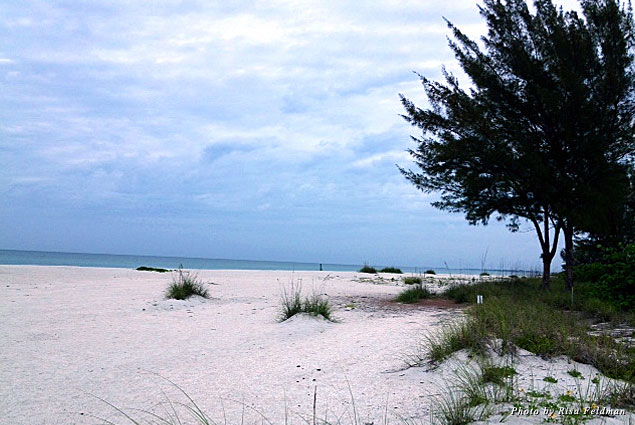 I rode to the beach, and with all the sand dunes and tall sea grass at the entry point it resembled Amagansette, Long Island. The homes on the islands, whether harbor-front or not, ranged from tiny bungalows to plantation style to contemporary—and would fit right in with a Bermuda landscape. 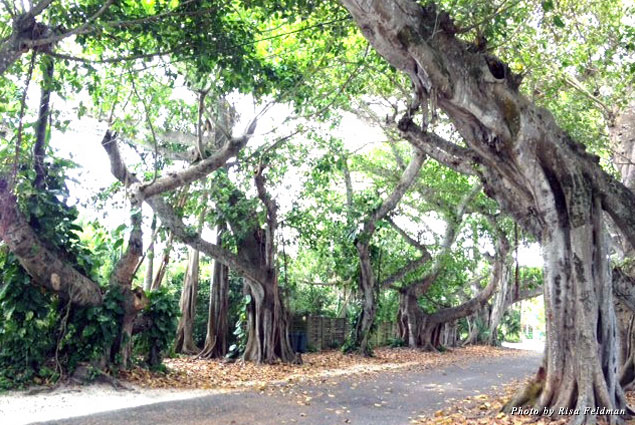 There isn’t a lot going on in Port Charlotte, Gasparilla, or Punta Gorda but there are enough things to do to stay busy. Kayaking is one of the most popular activities and after a day spent with Phoenix Rising Kayak Tours, I could see why. 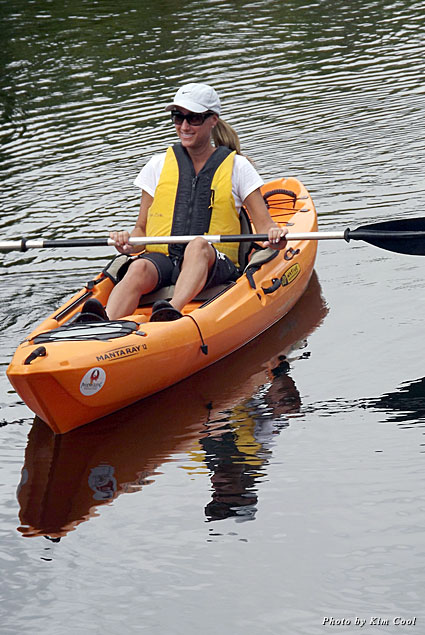 Chris, our tour guide, led us down the Shell Creek River, which was very jungle-like and incredibly tranquil. Thankfully, before we set out, he informed us alligator-mating season had just begun and explained what we should and shouldn’t do if one happened to come across us. 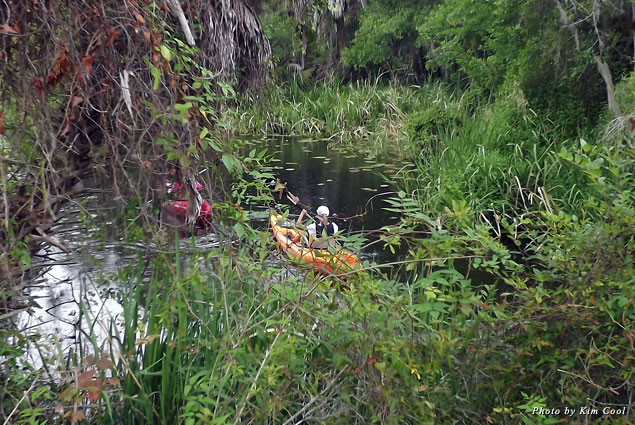 Lucky us, we wound up spotting quite a few gators. I even became the “spotter,” which was exciting searching them out as I paddled in front of Chris. Every time I spotted one, I do admit my heart started racing and some fear took over. I mean, how could you not imagine your kayak flipping over and becoming their next meal?

Speaking of meals … the best part of the Gulf Islands? Seafood, seafood, and more seafood. For a seafood lover like me, that is heaven. 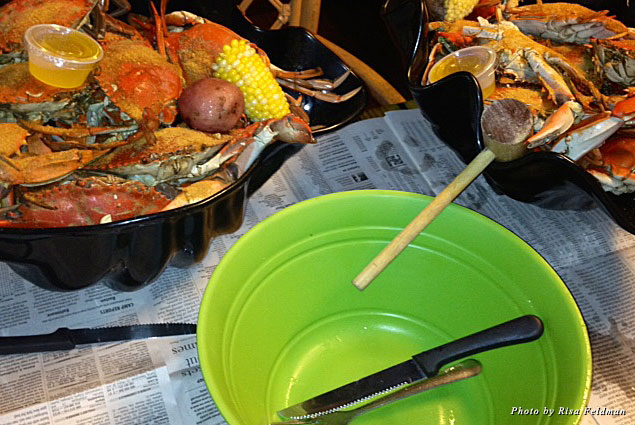 The three must-visit restaurants include:

Farlow’s offers tropical casual dining with a fantastic menu comprised of a long list of daily seafood specials. I had a hard time choosing so I left it up to the chef. What was brought out to me was a coconut and macadamia nut-crusted Chilean sea bass topped with a strawberry and peach rum glaze. It was cooked perfectly, and the sauce was an ideal pairing. After dinner, I was peer pressured to get the ice cream key lime pie (just one bite), and it did not disappoint at all. 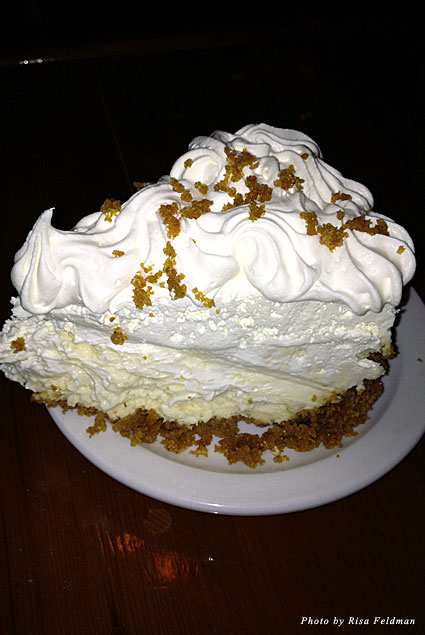 My favorite! The Village Fish Market prides itself on being a New England fish house, and boy did it nail it. I started with fried clams (not strips, but whole bellies—the coating was super light, and the clams themselves were cooked to perfection). Being the lobster roll aficionado I think I am, I had to order the lobster roll. All I can say is, bravo! I closed my eyes and could easily have been at a top roadside Maine clam bar. It was perfect—huge chunks of lobster, very little mayo, and the perfect bun. Dessert? Yes! Grape Nuts custard is a must-have if you have any room left. The owners, Nick and Sue Randall, who come from London, are always there to sit with their guests and tell their tale of how they came to be the owners of this amazing Gulf Island restaurant. (In addition, they offer a huge gluten free and healthy eats menu AND rumor has it they are currently working on a secret recipe for a gluten-free coating for their fried dishes.)

Peace River Seafood is a tiny, hole-in-the-wall crab shack kind of place, with old wooden tables and a few beer choices. The menu is small, but it caters to those who LOVE crabs. The all-you-can-eat blue crabs ($20) and stone crabs (which came pre-cracked) were the big hit. The servers cover the table in newspaper, bring out a few rolls of paper towels and mallets, place a huge crab-filled basket down, and then it’s every man for himself. The busboy stopped by to give a personal lesson on his technique in cracking open blue crabs and getting the most meat; after a few tries we all became pros. The crabs were super meaty and the perfect consistency. We made a giant mess, but darn it was fun and tasty!

No dessert tonight as I ate more than my fill of crabs so back to the hotel it was. I stayed at the Boca Grande, an 18-room boutique hotel on Gasparilla Island. The décor is simple and would make Tommy Bahama smile due to the green and yellow bamboo wall coverings and, of course, the bamboo ceiling fan.

On the last day of my trip it rained so I spent a little time walking through Fisherman’s Village in Punta Gorda. This waterfront village sits on a marina and, in addition to the 35 boutiques and restaurants, the second level has vacation villas to rent at extremely affordable rates. The marina offers various fishing and sightseeing boat trips and has a 111-boat-slip yacht basin.

After shopping, the rain seemed to come to a lull so we took our chances and hopped aboard Smoke and Roses , Southwest Florida’s largest private sailing catamaran, which is owned and operated by Dan and Agnes Long.

Seasoned sailors, Dan and Agnes left their careers as a fireman and flower arranger, respectively, to start this Port Charlotte-based charter business. Whether it’s a one-day sail or a weeklong charter to the Keys or the Caribbean, they offer it all. Even though we were sailing on a rainy, windy day our hosts kept our attention with exciting sailing stories and even made us hot chocolate to stay warm.

What I took away from my visit (other than a few gained pounds, and a lesson in Florida geography) was the enjoyment of an “off the radar” destination that really is all about taking beach strolls, dining at little mom-and-pop seafood restaurants, and staying in homey beach bungalows. There is nothing showy about Port Charlotte and the surrounding area, and the residents truly take pride in the ambience the islands have sustained and the lifestyle both vacationing and living there offers.