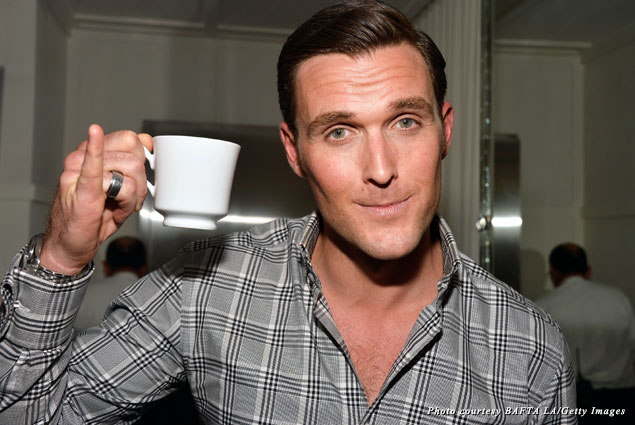 When BAFTA Los Angeles (the West Coast arm of the British Academy of Film and Television Arts) throws its annual afternoon tea on Emmy weekend, everyone who is anyone turns up. So it’s no surprise that on the sun-dappled garden deck of the SLS Hotel the stars were really shining. 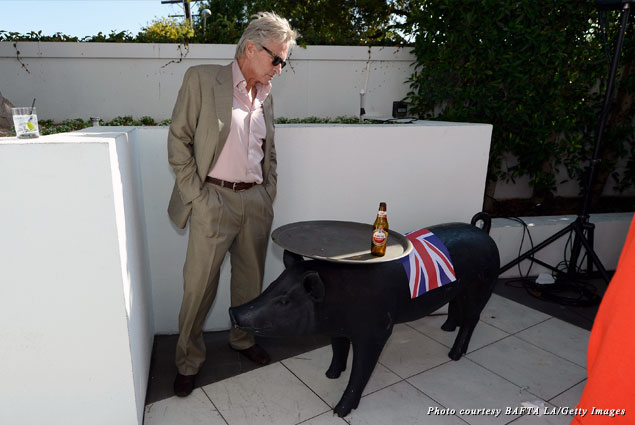 Look one way, and there’s “House of Cards” nominee Kevin Spacey chatting with “Downton Abbey” creator Julian Fellowes; look the other, and a healthy-looking Michael Douglas (also a nominee, for the HBO movie “Behind the Candelabra“) was fighting off a bevy of beautiful British gals, all seemingly willing to step right into the shoes Catherine Zeta-Jones recently slipped out of. There was “Ray Donovan” star Jon Voight having a close moment with Jacqueline Bisset; those two starred in the movie thriller “The End of the Game” way back in 1975! 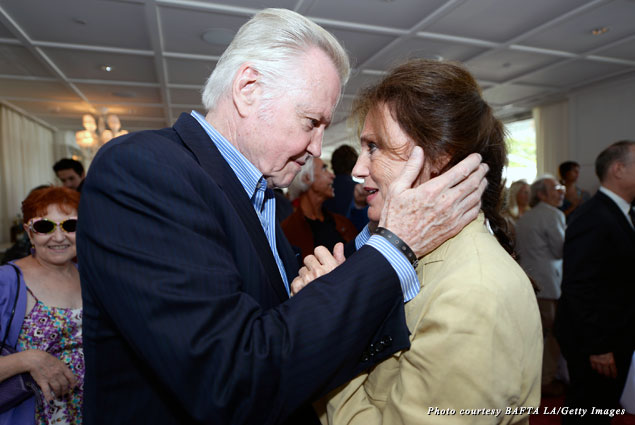 The younger set was out in force, too, with “Mad Men” wunderkind Kiernan Shipka and “Modern Family” cutie Sarah Hyland sharing a laugh. Gorgeous Michelle Dockery joined her “Downton Abbey” co-star Hugh Bonneville for a chat (both were nominated for their work in that British hit), while “The Mentalist” hunk (and Welshman) Owain Yeoman jokingly showed the world just how to sip a cup of tea. 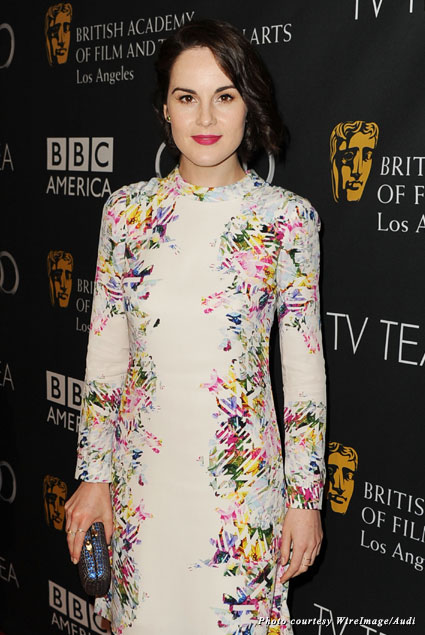 “This is always such a lovely party,” exclaimed fashion designer Sue Wong, whose evening gowns are perfect for all the red carpets coming along this awards season. There were plenty of beautiful women at the bash who would look grand in her designs, including “Scandal” nominee Kerry Washington, “Veep” star Anna Chlumsky, “Revenge” hottie Ashley Madekwe, and “So You Think You Can Dance” hostess with the mostest, Cat Deeley. 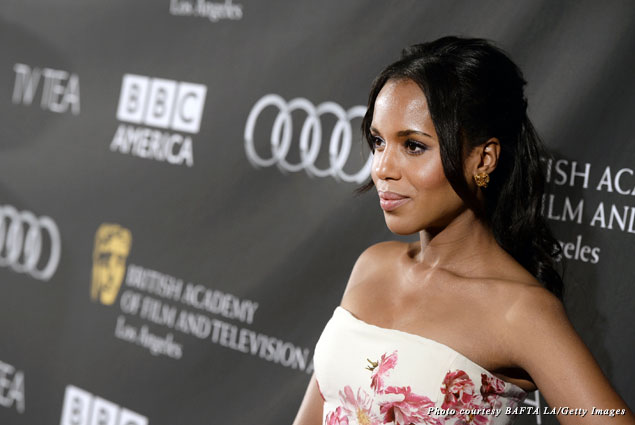 Also jostling on the patio for some much-needed shade were Jason Isaacs, Joan Collins, Harry Hamlin, Lisa Rinna, Jesse Tyler Ferguson, Scott Bakula, Shohreh Aghdashloo, and Alfre Woodard. As the sun began to set and the BAFTA TV Tea Presented by BBC America and Audi wore down, the biggest topic of conversation was which party was the hottest ticket on Sunday night once the Primetime Emmy Awards were handed out. Hands down, everyone seemed to agree with “True Blood” star Stephen Moyer, who laughed and said, “The HBO party, of course!”