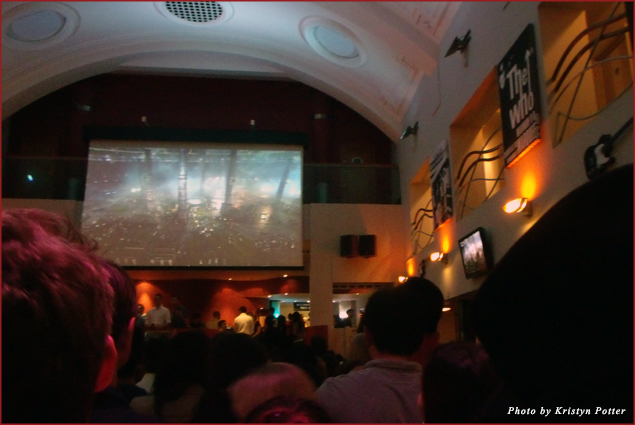 There is only one word to describe the emotion and momentum that lives within as you experience the Olympic Opening Ceremony while living in London – remarkable. While I wasn’t able to go to the event in Stratford, my mate from Essex came up to London and we ventured to Wetherspoons in Soho, a massively sized pub that was the old Marquee Club where The Who, Pink Floyd, and Jimi Hendrix all once played. 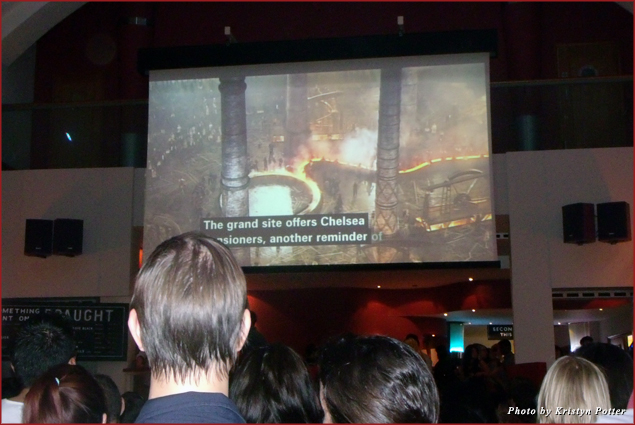 The pub was absolutely crowded with people from across the world. While London truly does experience massive amounts of tourists, especially in the summer, the Olympics made the crowding even more apparent.

Throughout the summer, those who live in London watched in awe (and some annoyance) as the city was transformed into an Olympic city once again- banners on every street light and pole, Olympic rings on the streets, gussied-up telephone booths, and countless reminders on the tube about the mass delays that the Olympics will cause.

Londoners watched the event from small pubs, large pubs, and most notably Victoria Park in East London on large screens but the old Marquee Pub was an excellent compromise.

We started the night with crab cakes and a stellar club salad. It was difficult to distinguish between the chicken and the bacon, but never mind that. Afterward, the pub counted down until the opening ceremony started and the atmosphere of the pub stayed at high momentum for the entire three hours. We cheered when the Olympic rings were brought in, screamed at the top of our lungs when Bond and Her Majesty were on screen and literally lost our voices while singing “God Save the Queen.” 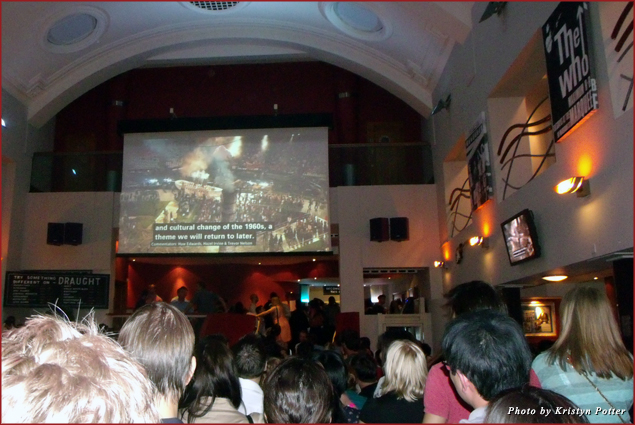 What I found remarkable, among many of the spectacular scenes from Opening Ceremony, was the bit on British history. About a week ago, I visited The British Library and saw old manuscripts from Charles Dickens, George Eliot, Emily Bronte, and J.K. Rowling to name a few. The exhibition had a section on the Industrial Revolution, including original pieces from Orwell and original song lyrics from Lennon.

It was stunning watching the vision of Danny Boyle as he effectively captured the British history and spirit. Another bit of the Opening Ceremony focused on music and was an outstanding assortment of songs from various generations. The crowd at Wetherspoons particularly enjoyed the songs by The Sex Pistols, David Bowie, and Dizzy Rascal (to be fair, who wouldn’t enjoy these songs?).

The crowd kind of lost its wonderful adrenaline during the introduction of nations and their teams. However, I should add that in this particular pub they were not very fond of Australia or France, and I reckon the booing could be heard outside of the pub as well.

I took to Twitter when the Opening Ceremony was over, tweeting about how thrilled I was that Arctic Monkeys played and did a cover of “Come Together”, as well as how epic it was to have watched Sir Paul McCartney sing “Hey Jude” with the crowd.

My American friends didn’t quite understand the British humour of the opening ceremony, and some of my British friends thought it over the top and mental. As someone who is American but who lives in London, I thoroughly appreciated the time, effort, and energy that went into making the opening ceremony so spectacular.

The entire world is watching this city, what has grown to be my city, and I couldn’t be more proud of its representation at the opening ceremony and for the fact that people across continents and generations can all enjoy and celebrate achievement and opportunity, over a pint of beer as is the case in England. As I listened to the fireworks going off outside of my flat, and watched those same fireworks on TV, I sat in awe at how spectacular London truly is.