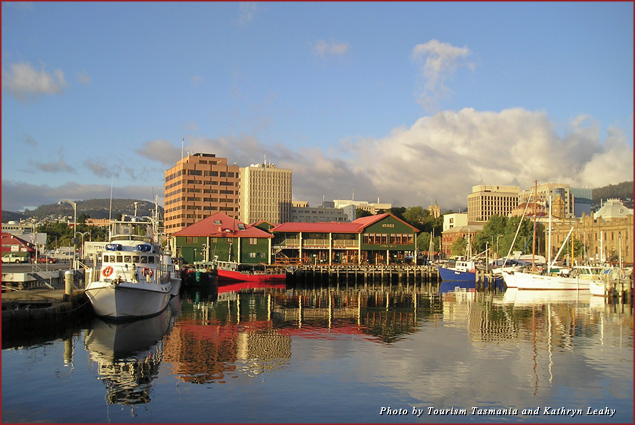 “Now is the time to discover what’s going on down there before the rest of the world catches on,” travel information site Lonely Planet says of Hobart, the cosmopolitan capital city of Tasmania, Australia. It seems the rest of the world is catching on rather quickly, with the city’s recent recognition as a top global travel destination by readers of the Internet travel site, TripAdvisor.

This accolade comes just a few weeks after Lonely Planet named Hobart one of its “Top 10 Cities to Visit in 2013” in its Best in Travel 2013.

“Tasmania has always had the reputation for its outdoor wonders, but Hobart got the nod this time for something different: its art,” Robert Reid of Lonely Planet says. “The waterfront Museum of Old and New Art is one of the world’s new great hip art attractions, plus we liked Hobart’s free ArtBikes project, with art trails to do on two wheels, as well as the 2013 makeover of the Tasmania Museum of Art.”

According to TripAdvisor readers, the city’s active arts scene, vibrant nightlife, and unique mash-up of the 19th and 21st centuries make it one of the world’s top 10 “Destinations on the Rise,” which honors locations that have seen the greatest increase in positive traveler interest and feedback year after year. Hobart was one of only two Australian cities named on the list.

“Hobart has something for all travelers, and with the warmer months clearly in sight, visitors from Australia and abroad are encouraged to visit Tasmania now and discover our capital city for themselves,” Tourism Tasmania’s acting CEO Adam Sproule says.

Louisa’s Walk, a spine-tingling tour that follows the steps of a woman named Louisa through her conviction and transportation to Cascades Female Factory, took the top spot of activities to see, according to TripAdvisor readers. 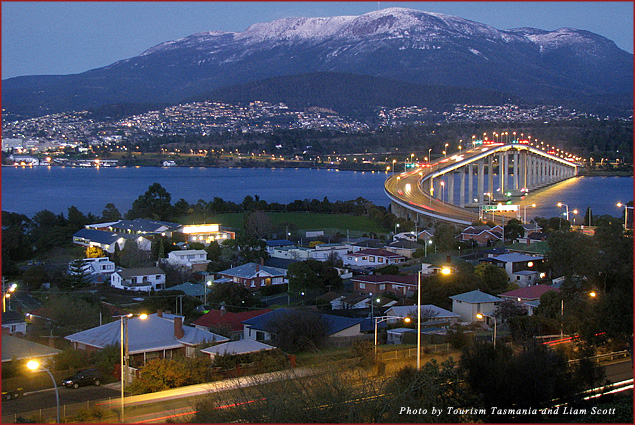 While on the tour, visitors can immerse themselves in Hobart’s haunted history and dark past.

The eerie factory sits in the shadow of Mount Wellington, another TripAdvisor reader favorite, which offers an easy drive to the summit and breathtaking views over Hobart and the surrounding areas. The mountain provides a little something for everyone, with exhilarating guided downhill bike rides for adventure seekers and several walking paths for those who prefer to travel at a slower pace.

Active individuals with an affinity for art can pedal their way city’s arts precincts and galleries on bikes available for hire from the Museum of Old and New Art, also known as MONA, ferry terminal at Brooke St. Pier and Moto Adventure on the waterfront. SmARTmap provides a collection of routes available for download. A stop at MONA features ancient, modern, and contemporary art from the highly acclaimed yet controversial David Walsh collection.

Creative types will also enjoy Hobart’s colorful Salamanca Market, held every Saturday in the historic Salamanca precinct. The market showcases handmade arts and crafts and farm fresh produce. Buskers perform an eclectic mix of blues, jazz, and folk music, providing a soundtrack of sorts as visitors browse for gifts as well as ingredients for culinary masterpieces. 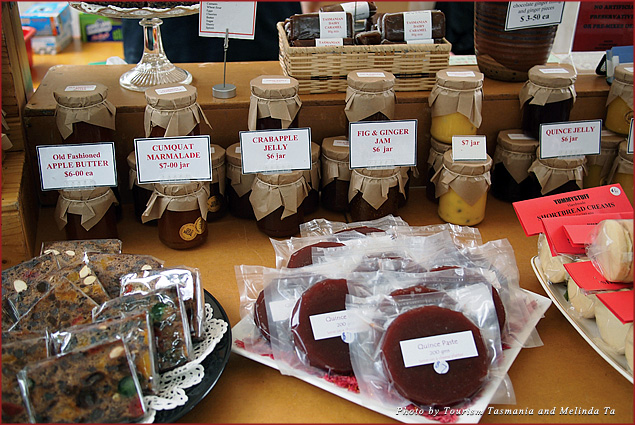 For those dining out on the town, Hobart’s restaurant scene features several mouthwatering options, including Garagistes, a wine bar that offers a daily menu of snacks and more substantial dishes, and Ethos, a showcase of local growers and producers housed in one of Hobart’s oldest and most unusual buildings. Both restaurants focus on organic, sustainable, biodynamic, and local ingredients, spotlighting the best that Hobart and Tasmania have to offer.

This summer in Hobart, the city welcomes Mawson’s Skate, an outdoor ice-skating rink located along the waterfront in the heart of Sullivan’s Cove. Launching December 22, Mawson’s operates seven days a week, all year long. Additional upcoming events include the Sydney to Hobart Yacht Race, held December 26 through January 1; the Taste Festival, held December 28 through January 3 on Hobart’s waterfront; the MONA FOMA, held January 16 through 20; and Ten Days on the Island, Tasmania’s premier cultural event, scheduled for March 15 through 24.

“The gravy comes with the summer Taste Festival for area food in December and January,” Reid says. “More people should get to Hobart.” Plus, he adds, ‘Hobart’ is just fun to say.