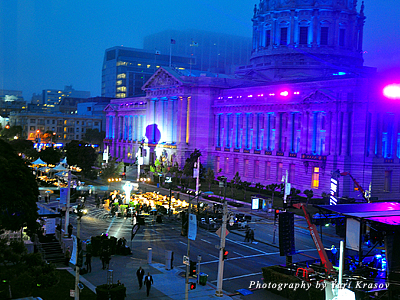 On a classic San Francisco summer night – fog so heavy it feels like rain, severe and unrelenting gusts of wind – a San Francisco classic celebrated its 100th anniversary. And how does the San Francisco Symphony turn 100?

In style, of course, with a 6,000-person guest list and a black-tie street party. The 56th biannual Black and White Ball was a whirl of smells, sights, and of course, sounds. What whirled? 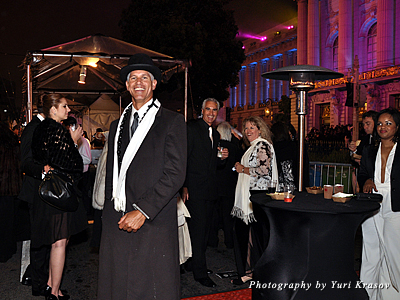 Mostly the wind. But also couples on the dance floors, pink-and-purple light projections, a giant disco ball, swizzle sticks in cocktails, swaths of tulle and taffeta skirts, and waiters bringing around an unending supply of platters.

While Paul Simon and the San Francisco Symphony played inside Davies Symphony Hall, the revelers outside drank, dined, and danced to keep the chill away. 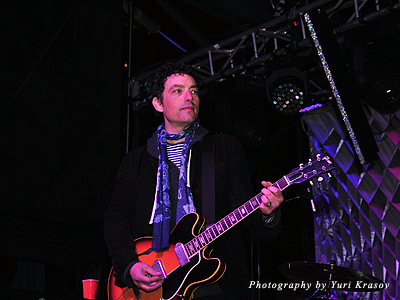 Van Ness Avenue, blocked off from traffic and transformed into a dazzling light show, was flooded with bright young things in tuxedos and strapless gowns. On the main stage outside, performers like Jacob Dylan (The Wallflowers) and Cyndi Lauper serenaded the crowd. 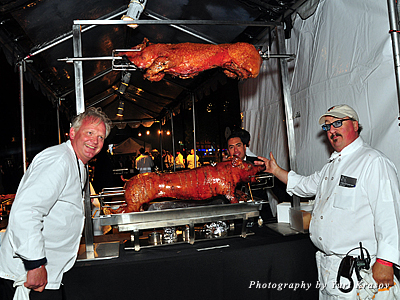 Along the street, a spread of suckling pig, sushi, fresh salads, meatballs, and everything in-between fed the masses, while a veritable army of white-jacketed bartenders poured wine and cocktails all night. 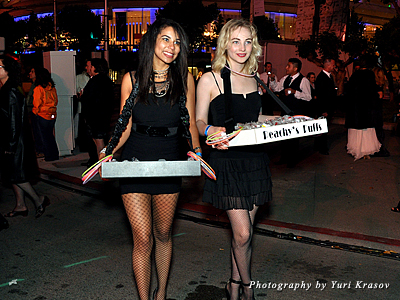 The scene was very see-and-be-seen, and because this is San Francisco, a beautiful drag queen can easily steal the show from a beautiful socialite. 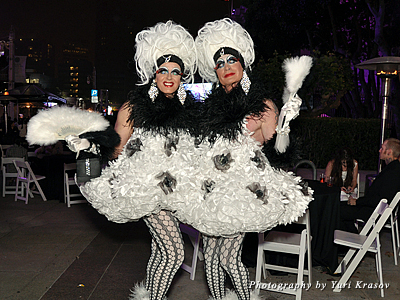 At the Black and White Ball, exuberance is the great equalizer, and there was plenty of it – from the VIP section to the onlookers stuck behind the chain link fence. 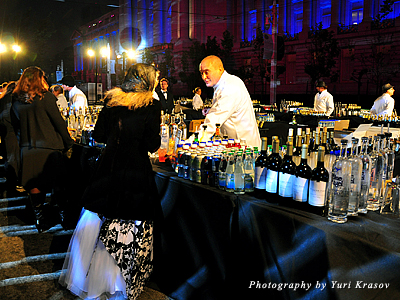 Everybody caught a part of the show. But the evening wasn’t just thrills and frills – proceeds from the event go to support music-education programs in the city’s public schools.

And the kids will have a real ball when they get to try their hands at instruments despite budget cuts in education. Who knows, maybe some of them will even play with the San Francisco Symphony one day? That would be a classic San Francisco story. Learn more about the Black and White Ball online.

Cassava Bakery and Café Hilltop 1892 Is a Hidden Gem