Staring at Starry Night at the de Young Museum 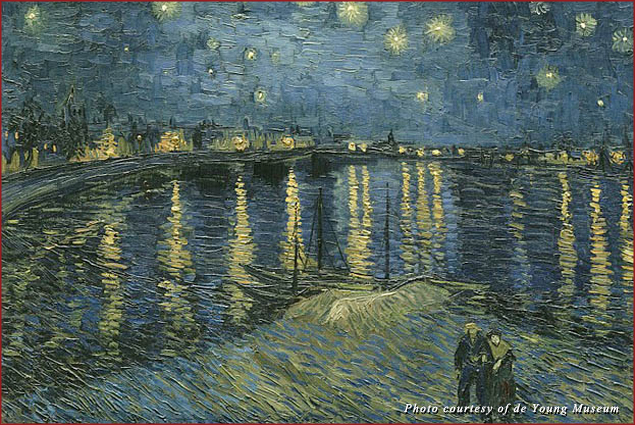 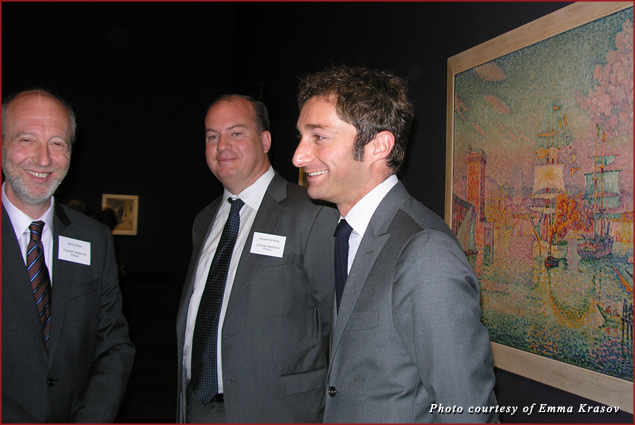 Speaking at the opening, Romain Serman, Consul General of France in San Francisco, said something along the lines that he was born in time (1972) when the building of Gare d’Orsay was considered sort of a historical monument and thus saved from demolition. Well, as some of us know by now, extreme youth is a shortcoming that passes fast… M. Serman grew up to become Consul General, and the outdated railroad station – the world-famous Musee d’Orsay. Now, the latter is approaching its official 25th anniversary since the 1986 inauguration, and is in the process of renovating its permanent collection galleries. 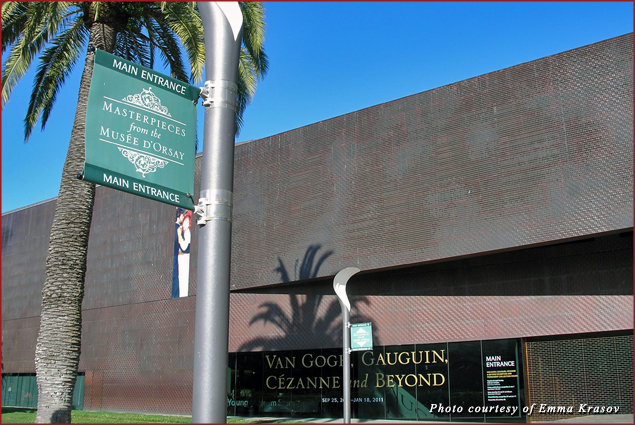 When one museum gallery closes, another always opens, so the art treasures would not idle but continue amazing and inspiring the public. President of the Board of Trustees of the Fine Arts Museums of San Francisco, Diane Wilsey, who also spoke at the exhibition opening, said that she was allowed by M. Guy Cogeval, President of the d’Orsay to “choose anything” for the de Young display. She said that it felt like a Christmas gift – the best Christmas gift in the world. Now, San Francisco dwellers and visitors have a rare chance to fully immerse themselves into d’Orsay experience without boarding a long flight and enduring the pain of “ne parle pas francais.” 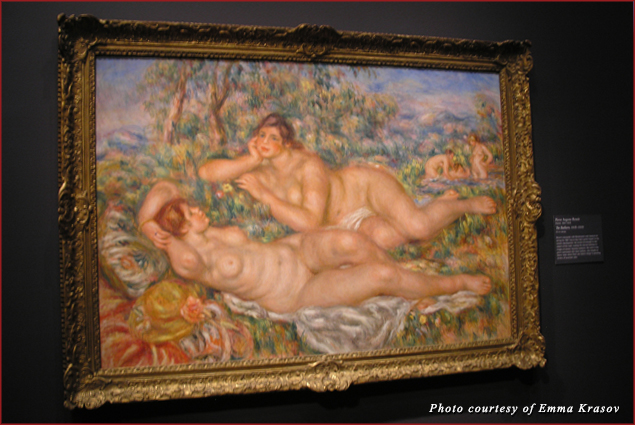 Starry Night by Vincent van Gogh, The Snake Charmer by Henri Rousseau, and Tahitian Women by Paul Gauguin are just a few of the most famous pieces in this embarrassment of riches. There are also three paintings – Young Girls at the Piano, A Dance in the Country, and The Bathers by Pierre-Auguste Renoir, multiple smaller works by Henri de Toulouse-Lautrec and Georges Seurat, and lyrical and humorous multi-sectional Public Gardens by Edouard Vuillard. 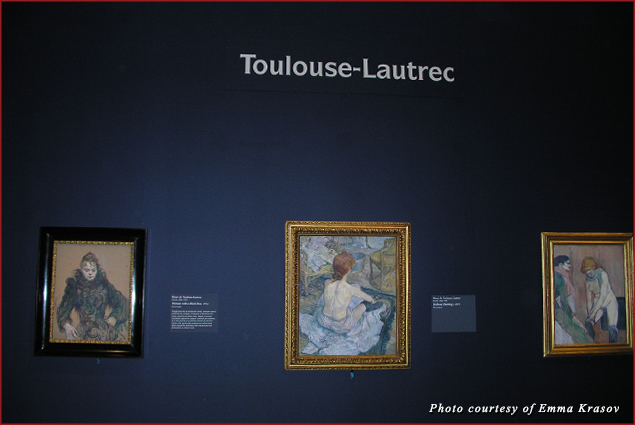 You’ll have to pull yourself away from one gem to see another. The show runs through January 18, 2011 at 50 Hagiwara Tea Garden Drive, San Francisco. Call 1-415-750-3600 or visit Fine Arts Museums of San Francisco.