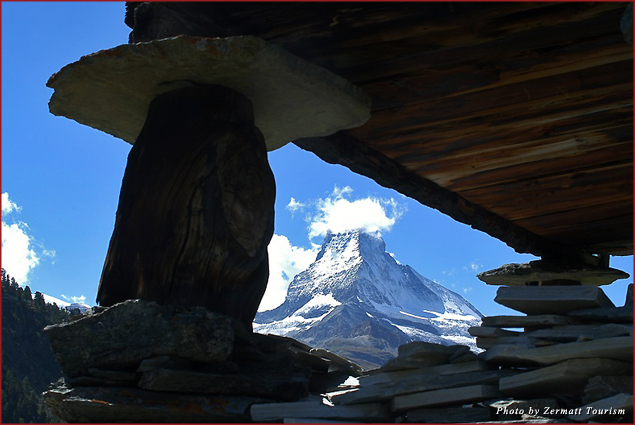 My wife Maralyn and I have been to Switzerland several times. One of our most enjoyable ventures was in 2010, which featured areas such as Appenzell and Lausanne. Today, we enjoyed learning new information about the southern area of Zermatt and the Matterhorn mountain.

Amade Perrig, longtime president of Zermatt Tourism, is a great asset and salesman for his country. After retiring as president and wintering as a “snowbird” in Phoenix, Arizona, he is not really retired at all. He is vigorously busy, traveling and speaking around the United States, promoting tourism to Switzerland. This year, the Swiss are celebrating “Living Traditions.”

Amade spends summers back in his native country, in the Zermatt region, sheltered by the great Matterhorn mountain. Zermatt’s southern location is in a peninsula tip of the country, close to the Italian region. The Matterhorn is one of the highest mountains in the Alps, surpassed in height only by the French Mont Blanc. 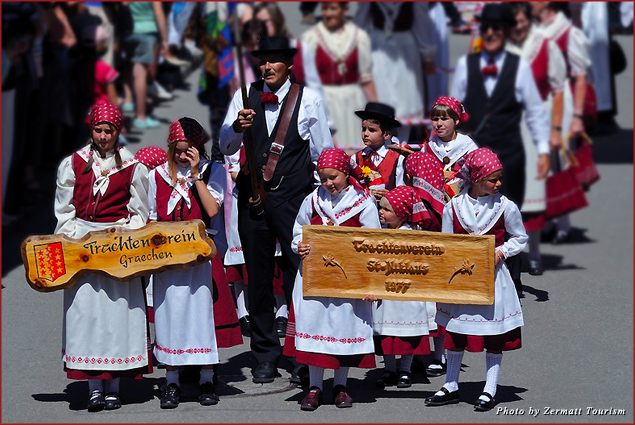 Maralyn and I were delighted to partake in an outstanding lunch at Amade’s house in Surprise, Arizona. He and his wife Gina, an American, were great hosts. Amade worked with Switzerland Tourism’s Maja Gartmann, who handles media relations for the western US, to bring living traditions of Switzerland to Phoenix. 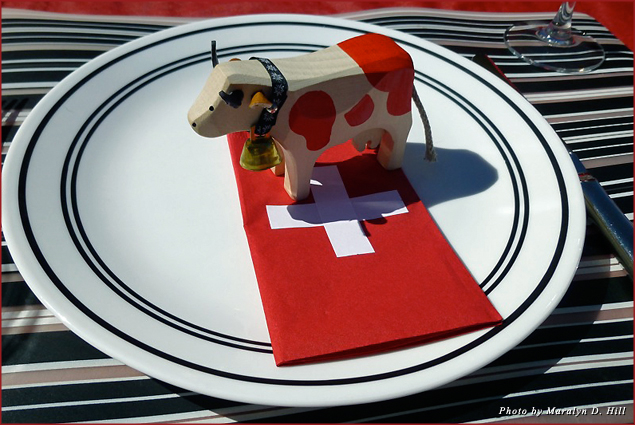 After introductory Chardonnay with small quiche appetizers, our main course was an authentic Swiss dish: raclette. Amade warmed imported regional cheese from the Valais region. When melted, he spooned some on a plate and served. As each person was served, we would dip small, cooked, new potatoes into the melted cheese, along with pickles and pickled onions. Our dessert was a smooth, traditional Toblerone mousse with strawberries. We experienced these living traditions and were very pleased. 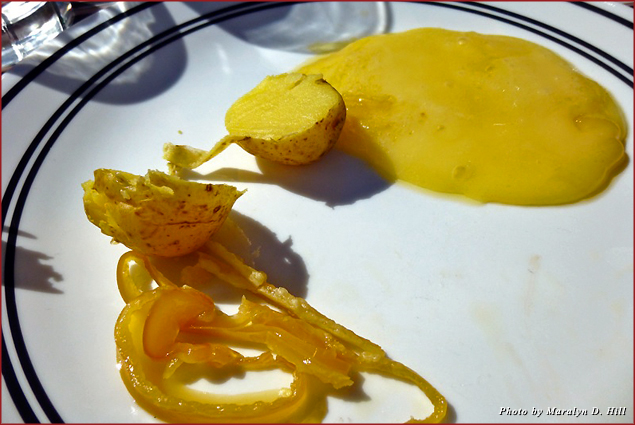 The Matterhorn was a new fascinating point for us. The mountain is 14,690 feet tall (or 4478 meters). It really is a very dangerous peak and was not climbed at all until 1865. Ascending its north peak took even longer, until 1931. Since Swiss railroads were completed around the end of the 19th century, the Matterhorn has been a great tourist attraction both for sightseers and climbers.

Amade described two train routes, the Matterhorn Gotthard Bahn and the Glacier Express. The latter runs from either the towns of Davos or St. Moritz to Zermatt. Traveling through the Swiss Alps provides spectacular, unforgettable scenery. We want to experience the Glacier Express.

The town of Zermatt retains its charm as a Swiss alpine village. Cars are not allowed in the town; instead, cars are parked three miles outside of town, and transportation every twenty minutes carries travelers and residents into Zermatt.

When we toured Switzerland in 2010, our group was given yodeling lessons. This was actually a form of group singing. But Amade REALLY yodels. Apparently, a special form of vocal chords are needed that few have. He is fortunate to possess them and made Olivia Newton John sound quite anemic. The same goes for the yodeler in the Ricola cough drop commercials (Amade knows the company well since they are located in the same general area). He said to be a full-fledged yodeler, you need to have a second voice in the back of your throat that can hit the lowest notes as well as the highest. He has it, that is for sure.

The Swiss Alps can be compared to our own Rocky Mountain chain. The former have a continuous system of trails. Along the way, there are frequent towns and stops. By contrast, the Rockies have virtually no trails and certainly no settlements. The difference is the Swiss always wanted to use mountainous locales to farm as much as possible and be shepherds—in other words, fixed settlements. On the other hand, Native Americans of the Rockies were nomads and stayed in one place only briefly.

We found out a key part of Swiss history: Unlike its larger neighbors, Germany, Austria, France, and Italy, Switzerland never experienced a true industrial revolution. Throughout the first half of the 19th century the country remained quite poor. Then it started to export cheese and watches, the latter a form of light manufacturing. But above all else, it was tourism from surrounding countries that led to the prosperous Swiss economy of today.

We intend to revisit Switzerland again soon. Thanks to information received from Amade Perrig and our friend Maja, our luncheon really brought Switzerland to Phoenix. Amade and Gina, thank you for sharing one of Switzerland’s “Living Traditions.” We know so much more to lead to even more experiences when we plan our next journey. If you are planning to go this summer, check out My Switzerland/Summer.