Sipping Bubbly in the Caves at Schramsberg 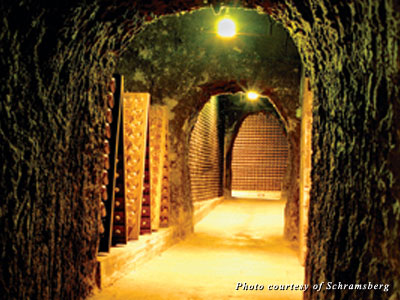 Champagne and romance are so closely interwoven that it is nearly impossible to imagine one without the other. A celebration isn’t nearly as sweet without a glass of bubbly. And a romantic visit to the wine country wouldn’t be complete without a visit to the historic caves of sparkling-wine legend Schramsberg. Many people consider Schramsberg to be one of California’s best sparkling-wine producers. It became my mission to find out why. 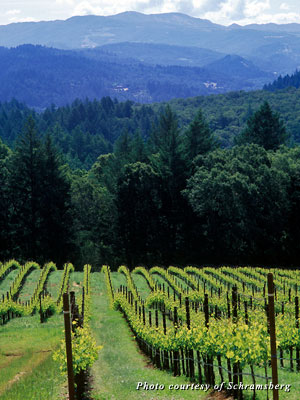 Schramsberg is located on the slopes of Diamond Mountain and has the oldest hillside vineyards in Napa. The estate is a registered historic landmark. The original estate was the home of Joseph Schram, who produced 12,000 cases of wine annually from the late 1800s up until his death in 1905. Robert Louis Stevenson was a fan of the wines and mentioned his visit to the winery in his book The Silverado Squatters. 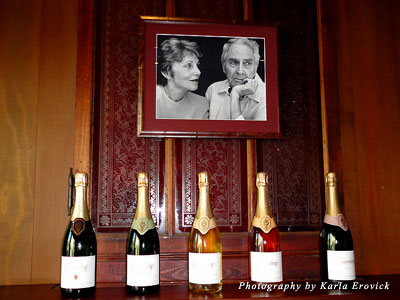 Schramsberg limits the number of visitors and insists on advance reservations for their tours and tastings, which typically accommodate about 12 guests at a time. Each tour is slightly different depending on the guide, but you will learn about méthode champenoise,  the history of Joseph Schram, and the Davies, the family that has carried on his legacy. One of the more romantic tasting areas is in the wine caves and referred to as the “Love Cave.” It has been the location of several marriage proposals. 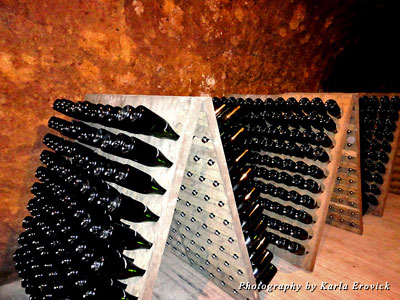 The wine caves are the oldest in Napa Valley, the original caves date back to the late 1800s and more were added nearly a century later. At any give time, more than 2.7 million bottles of champagne are aging in the caves for two to 10 years, which is one of the reasons the sparkling wine is so remarkable. You may have tried one of their more readily available sparkling wines, but most of the really good stuff is only available at the winery and to the wine club, which currently has 8,000 members. 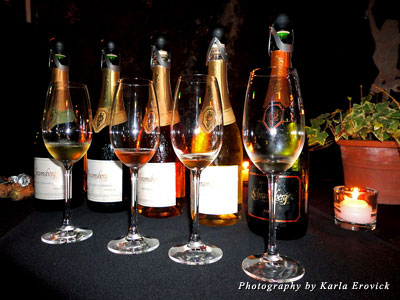 Membership has its privileges – twice each year they celebrate with special events either in the vineyard or the wine caves with food and sparkling wine pairings. Past events have included a Spanish theme serving paella and other Iberian delicacies perfectly paired with Schramsberg sparkling wines, as well as a Mardi Gras party. Additional perks include the ability to bring a guest for a complimentary tour and tasting with advance reservations; considering winery visits are limited, this is priceless. 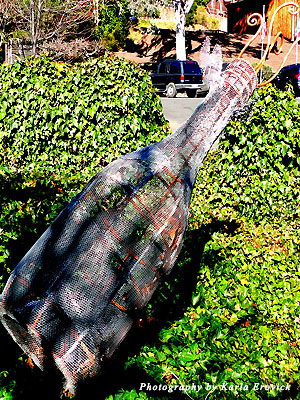 Camp Schramsberg offers a three-day intensive to experience hands-on winemaking. During the spring session, the focus is on the vineyard, pruning the vines and learning the secrets of creating the perfect blend, as well as enjoying some delicious meals. The fall session concentration is on the harvest. Both sessions teach participants the art of sabering. Food and wine seminars are held at nearby Meadowood Napa Valley. 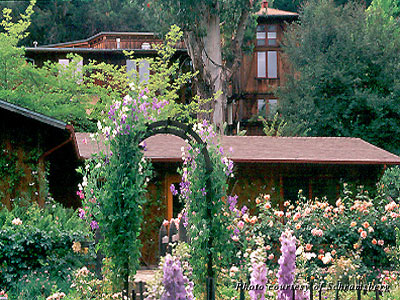 Schramsberg has been served in the White House since the Nixon Administration and at more than 80 state dinners. After touring the property,  learning more about this remarkable winery, and tasting the vast array of their sparkling wine, I believe they have achieved their dream of crafting world-class sparkling wine.