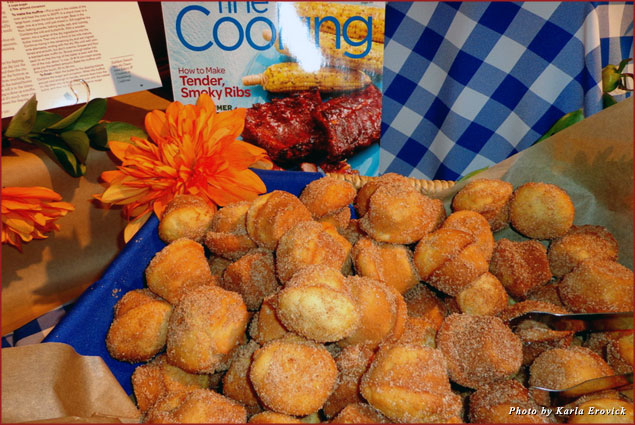 Another fabulous week of indulgence came to an end with the conclusion of SF Chefs. This was a foodie’s idea of nirvana, with dining, drinking, cooking demonstrations, workshops, wine tasting, cooking competitions, and lots of parties. The week-long series of events featured the hottest chefs, bar stars, and mixologists working magic with their creation of bites and beverages. 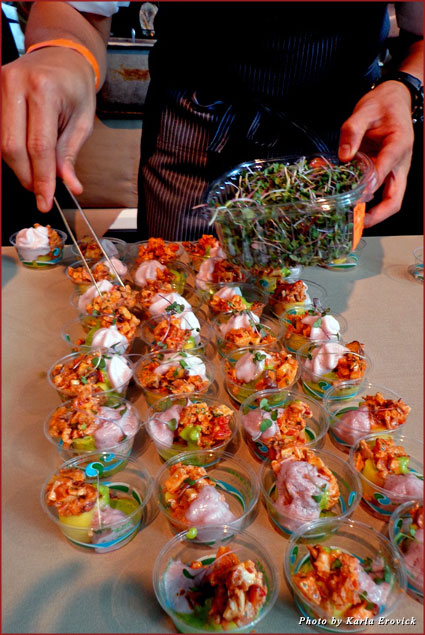 Without leaving San Francisco, I found myself transported to Portugal to sample luscious wine, to Italy for Campari cocktails, Illy coffee. and an amazing selection of food that was simply overwhelming. Of the 50 activities comprising SF Chefs, it is impossible to participate in everything, as much as one might wish. 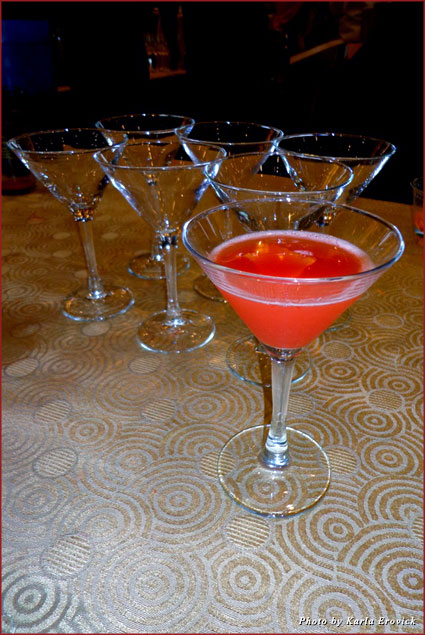 This year I chose to attend some classes so that I could learn, in addition to just over-indulging. We enjoyed hearing about the origin of coffee, its growing regions, and harvesting and transformation processes in the Monoarabica: Roots of a Blend taught by Illy Caffe Master Barista Giorgio Milos. We were encouraged to engage our senses in the art of smelling and tasting the flavor characteristics of coffee from Ethiopia, Guatemala, and Brazil. The class was fascinating and I left with a far greater appreciation for my own coffee ritual. 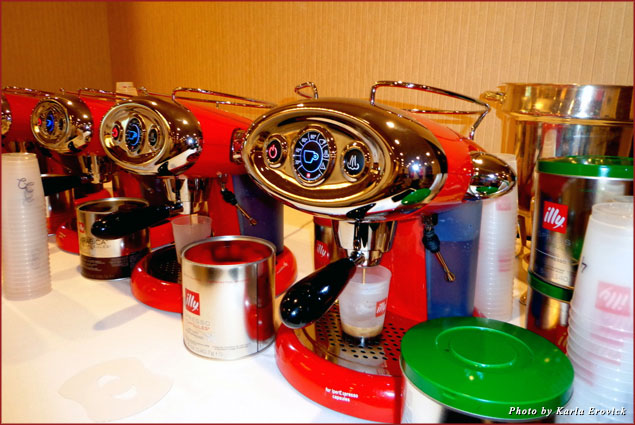 Go Nuts for Donuts demonstrated two vastly different styles of donuts. One was a light Chinese egg puff coated in sugar from Thy Tran that melted in your mouth. The other from Donut Savant owner Laurel Davis was a lemon buttermilk cake donut drizzled with lemon glaze. Both were delicious and appeared easy enough for us to attempt to make at home. 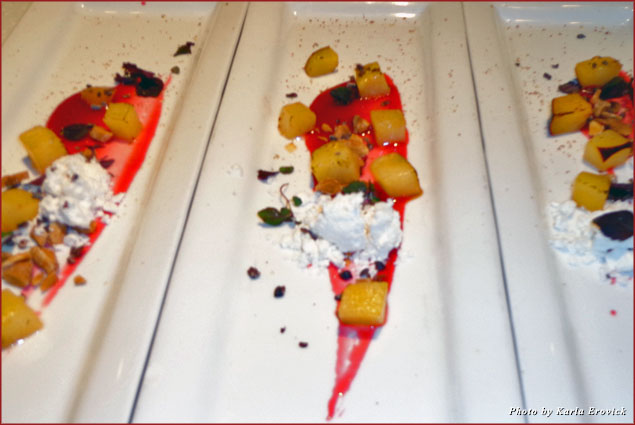 The donut class finished up earlier than some of the other classes, affording the opportunity to see the finale of the Eater Chef Challenge, a cooking competition between two local high-profile chef teams. Each team was required to use the secret ingredient, pork, and the exotic spices furnished by one of the judges, Anjan Mitra from Dosa restaurant, specializing in South Indian cuisine. I felt as if I was watching the cooking channel live. 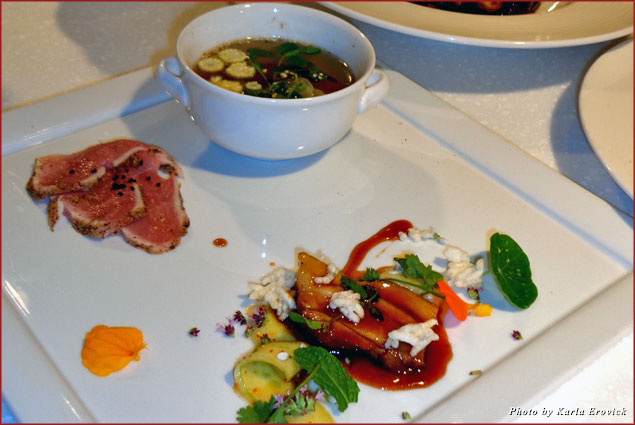 The final round pitted Mark Dommen of One Market and Staffan Terje of Perbacco Ristorante against David Bazingan of Fifth Floor and Brandon Jew of Bar Agricole. The competition was suspenseful, with each team taking the final seconds of the competition to plate their dishes. Spectators were on the edges of their seats to find out what the final dishes were and who would be victorious.

After a lengthy debate by the judges, the winning team was Mark Dommen and Staffan Terje, who received trophies – fancy egg timers, Analon cookware, and their names associated with a scholarship for students of culinary or hospitality curriculum. 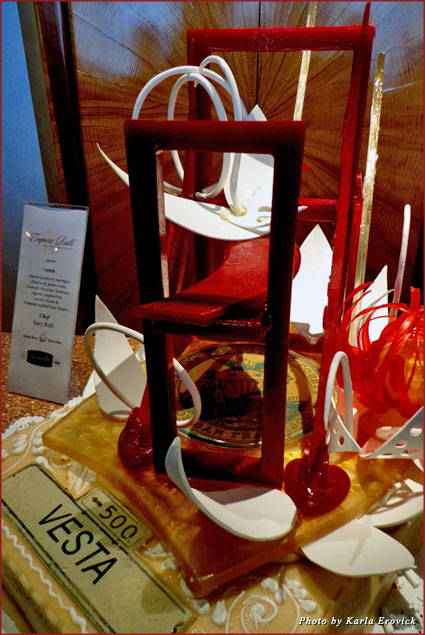 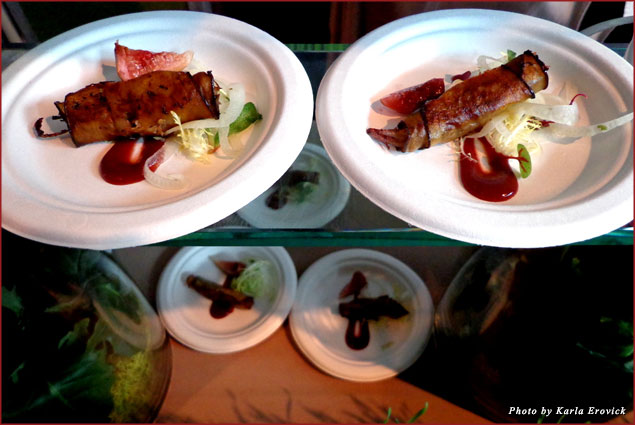 The Grand Tasting was held in a tent in Union Square across from the Westin St. Francis, location of many of the classes and demonstrations. At each of the Grand Tastings there were over 200 different restaurants, along with wineries, beer, and spirits.

In addition to food and drink, there were cooking demonstrations, cocktail-making classes, and author book-signings. I got to see Martin Yan of M.Y. China and Arnold Eric Wong of E&O Asian Kitchen demonstrating Chinese dumplings. Yan is equal parts comedian and chef, so we were entertained. Later, H. Joseph Erhmann of Elixir showed how to make punch cocktails. 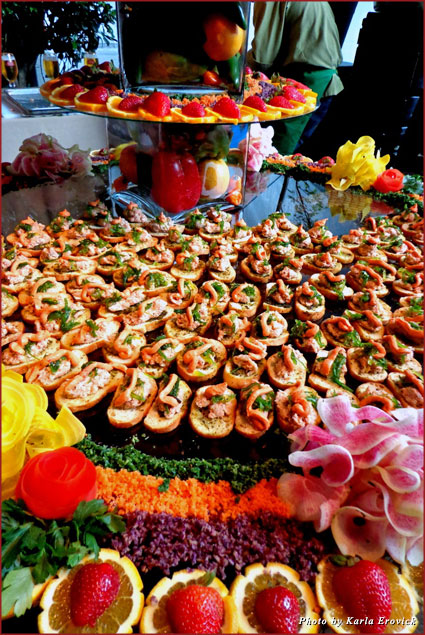 SF Chefs celebrates the culinary culture that exists in the Bay Area. It showcases the chefs, vintners, brewers, growers, fisherman, and ranchers that provide the fresh ingredients that are associated with California cuisine. This year’s SF Chefs was so much fun, I am already anticipating next year’s event. 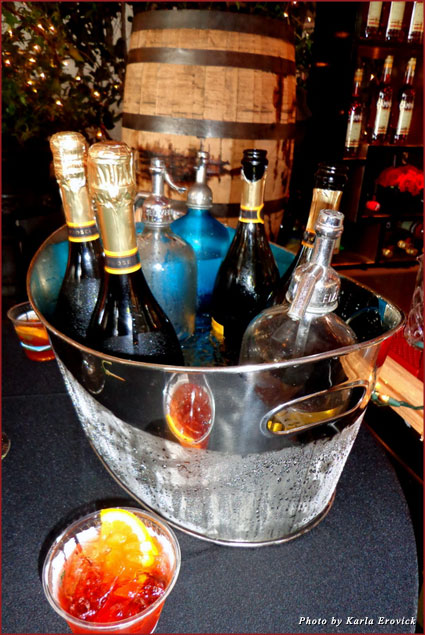 Details: SF Chefs is held each year in San Francisco during August. Many of the smaller restaurant/winemaker dinners sell out quickly. Visa Signature members can purchase tickets in advance of the general public and for special rates.