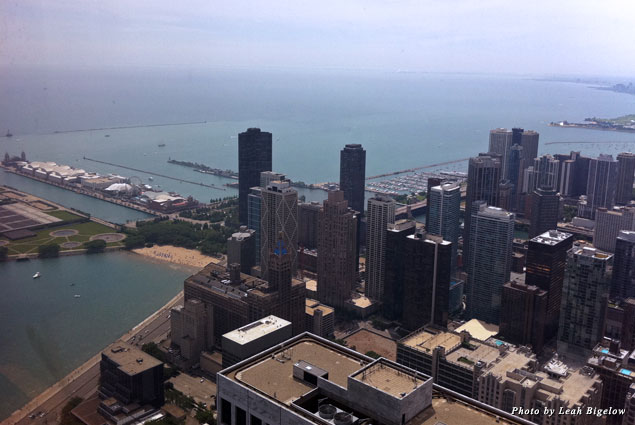 I have a great love for the city of Chicago. The food scene, the shopping, the ability to use public transportation (a huge plus when coming from Los Angeles), the friends I get to see … it all combines to make the Windy City one of my favorite places to visit.

On a recent trip to Chicago (my third in as many years), I was armed with a booklet from CityPASS. The company offers pre-paid bundles for top attractions at 11 destinations, and the Chicago book granted admission to many spots in the city I hadn’t yet had the chance to see. So, while my boyfriend was off doing groomsman duties for the wedding we were in town to attend, I made my way to the nearest rail station to begin my adventure. 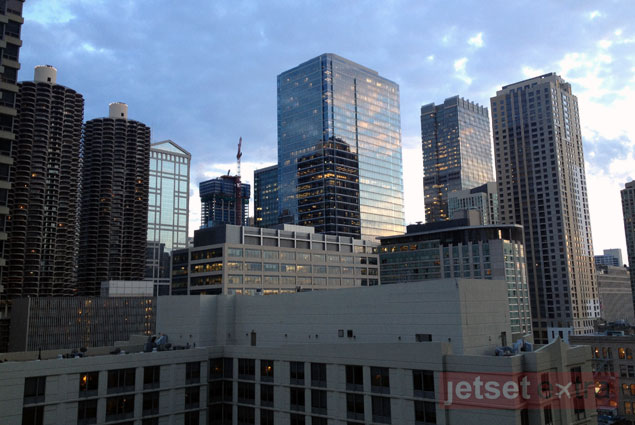 My first stop was the Art Institute of Chicago. The museum boasts one of the greatest Impressionist collections outside of Paris and is home to contemporary masterpieces.

I began on the ground floor in the Thorne Miniature Rooms, where I admired the 68 tiny, incredibly detailed replicas of European interiors from the late 13th century to the 1930s and American homes from the 1600s to the 1930s. Created between 1932 and 1940 by Mrs. James Ward Thorne of Chicago, the miniatures were made on a scale of one inch to one foot. It was a collection I might have overlooked, but one I decided to see on the suggestion of a friend—and I was glad I did. The rooms really are fascinating.

Other highlights of the museum for me were the European Art created before 1900, Impressionism, and Arms and Armor collections. Georges Seurat’s large-scale work “A Sunday Afternoon on the Island of La Grande Jatte” has become almost synonymous with the Art Institute of Chicago name, and the pointillist masterpiece is every bit as impressive as it seems it should be. 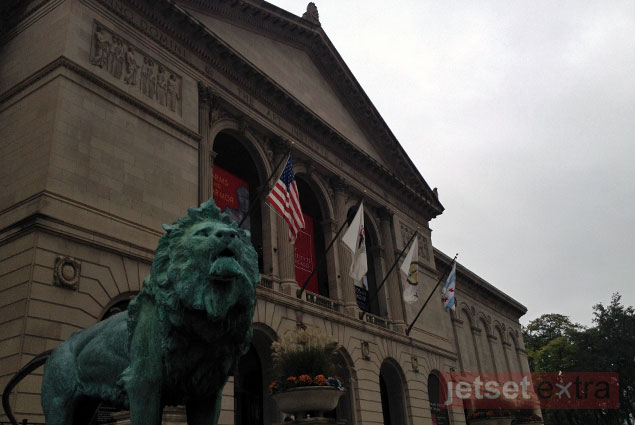 Next, I headed to Museum Campus to see the Shedd Aquarium. The aquatic center highlights the different bodies of water on our planet—and, of course, the animals that live in them. In the 90,000-gallon Caribbean Reef exhibit I spotted green sea turtles, moray eels, parrotfish, and rays, and at the Amazon Rising exhibit I observed anacondas and piranhas in their habitat. The aquarium’s Polar Play Zone might be designed for kids, but I still paid the exhibit a visit in order to see the penguins, sea otters, and beluga whales. At the Wild Reef, I tried to see how many of the exhibit’s 500 species—including sharks—I could spot. 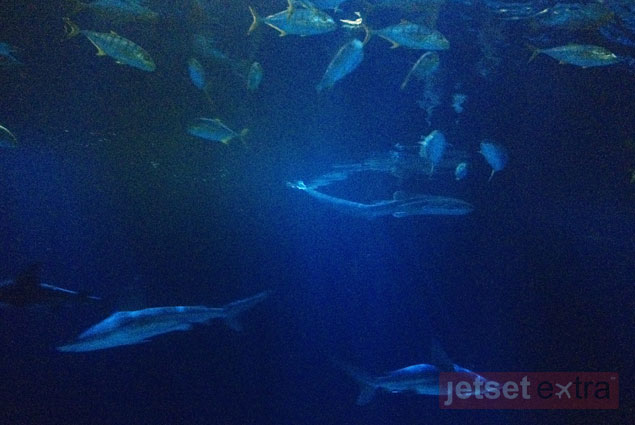 After spending some time with creatures that live under the sea, I went up, up, up to the 103rd floor of the world-renowned Willis Tower (formerly Sears Tower). The tower’s Skydeck Chicago attraction allows brave visitors to walk out on “The Ledge,” a glass-bottomed, floor-to-ceiling windowed box jutting out over the city. Although it was a cloudy day I could still see much of the city—and bravely stare down through the floor to the street below.

One of the best parts about using CityPASS to enter this attraction was my ticket allowed me to go through the Fast Pass line. I walked right past the winding ropes that designate the regular line and straight to the elevator to the Skydeck, a huge help since I was running short on sightseeing time. The Fast Pass access meant I had more time to enjoy the 360-degree views in the Western hemisphere’s tallest building. 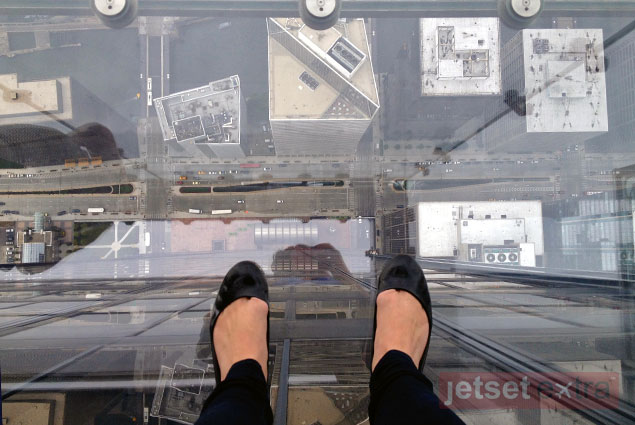 The next morning, I got an early start, heading back to Museum Campus to explore The Field Museum. SUE, the skeleton of the largest and most complete T. rex ever found, stands her ground at the entrance of the museum, welcoming visitors to the collections of natural history. I was particularly interested to see the Inside Ancient Egypt exhibit, which features mummies, ceramics, hieroglyphs, and the 5,000-year-old tomb of Unis-Ankh, the son of a pharaoh. It was equal parts spooky and impressive; I was awestruck by the collection of burial items and shrines from so long ago.

The museum is also home to an Underground Adventure exhibit, where visitors “shrink” to the size of a bug; an Africa exhibit that provides a sampling of the varied cultures and environments of the continent; and an Evolving Planet exhibit, which takes visitors through 4 billion years of life on Earth.

I was just about the take my leave when I overheard a tour guide say the museum had an Imperial Topaz, the rarest type of topaz and the largest owned by any museum in the world, on display. Since topaz is my birthstone, my ears perked up and I scanned my map one more time. I don’t know how I missed it, but there it was: the Hall of Gems. The stunning collection was worth an extra climb up the museum stairs; the display includes diamonds, rubies, sapphires, opals, and other gems, as well as a Louis Comfort Tiffany stained glass window. 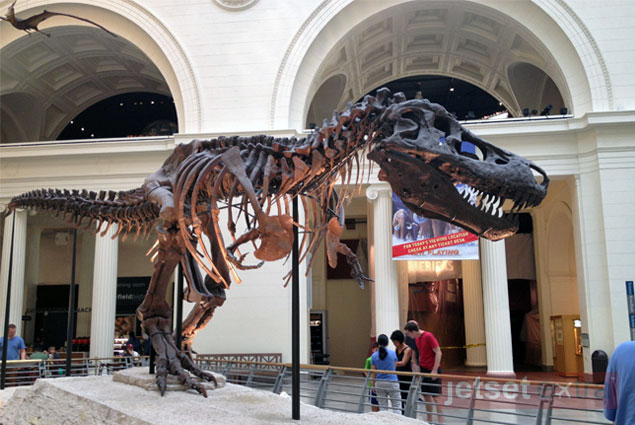 With CityPASS, Chicago visitors can choose to visit the Adler Planetarium instead of the Art Institute of Chicago and also have a choice between the Museum of Science and Industry and the John Hancock Observatory at the Hancock Tower.

I had the chance to visit the Signature Room on the 95th floor of the Hancock Tower on a previous visit and greatly enjoyed sipping a cocktail while gazing out over breathtaking views.

There are several other iconic (and mostly free) Chicago spots to put on your to-do list, including walking down Navy Pier, window-shopping on The Magnificent Mile, and bar hopping before or after enjoying America’s favorite pastime in Wrigleyville. At Millennium Park, people gather at “Cloud Gate” (also known as “The Bean”), a 110-ton elliptical sculpture by British artist Anish Kapoor. Chicago’s skyline is reflected in a series of highly polished stainless steel plates that make up the sculpture, as are the images of the visitors who come seeking the perfect photo op. 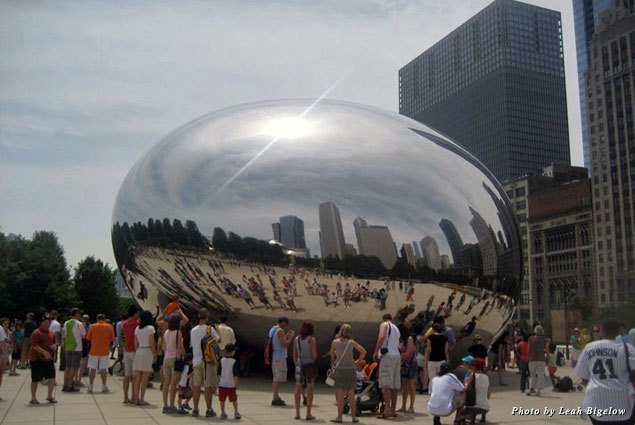 Of course, no trip to Chicago would be complete without a Chicago-style hot dog and a slice or two of deep-dish pizza. Resembling a (very delicious) cheese pie, deep-dish is a Chicago staple. I’ve indulged in cheesy goodness at both Pequod’s Pizza and Lou Malnati’s Pizzeria, and there are a few other popular deep-dish pizza joints located throughout the city. 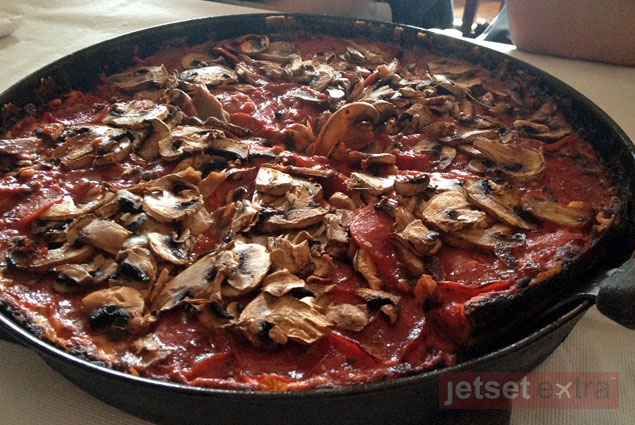 If you haven’t gathered already, Chicago really is a great city to explore. Its easy-to-navigate rail line provides access to interesting museums, unique neighborhoods, diverse cuisine, and stunning views. And with CityPASS, I was able to see and do so much more than would have been possible otherwise. It’s a great option to consider for your next trip to Chicago.