Savoring the Food, Wine, and Fun of California’s Central Coast 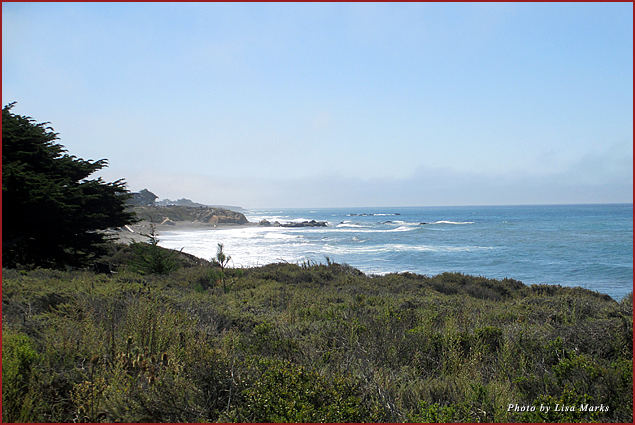 The waves gently lapping against the shore at Moonstone Beach in San Luis Obispo County could lull the most high-strung visitor into a deep slumber. Like a secret-yet-delicious sandwich filling, Central California is located at the midpoint between Los Angeles and San Francisco, but has a character of its very own.

It’s also a gourmet’s paradise. Just 15 years ago there were only a handful of vineyards, but now the region is bursting at the seams with dedicated vintners offering many wonderful blends. Complementing this exciting wine explosion is a never-ending supply of delicious local produce, including the freshest seafood, a myriad of farmer’s markets, and exquisite restaurants all keen to showcase the fruits of the region.

In fact, there are so many captivating towns, landmarks, and foodie delights to explore (Cambria was peppered with entertaining scarecrows when I was there as part of the Cambria Historical Society’s scarecrow festival), it’s hard to know where to start.

Fortunately, during my four-night stay in the region, I managed to experience as many highlights as possible because my visit coincided with Sunset’s Savor the Central Coast food and wine festival, held at the sprawling Santa Margarita Ranch in Paso Robles. 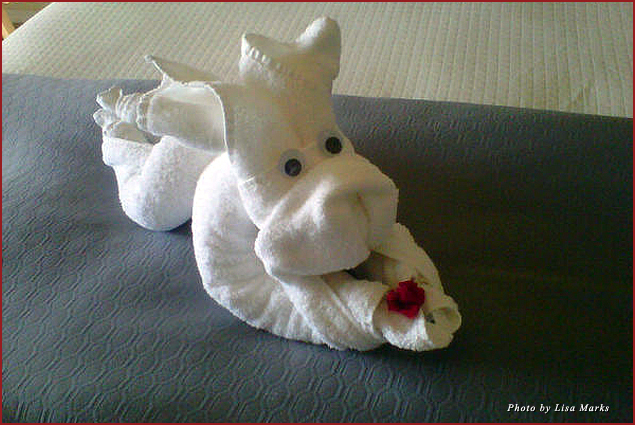 But I began my food and wine odyssey much nearer the coast. My cozy oceanfront room at the Pelican Inn and Suites in Cambria was perfect, with a greeting from a very friendly towel-dog on my bed, and a flickering fireplace.

It was a mere five-minute stroll along the boardwalk to the Moonstone Beach Bar and Grill, where a first-night feast of steak and salad and the restaurant’s special margarita mix went down very nicely indeed. 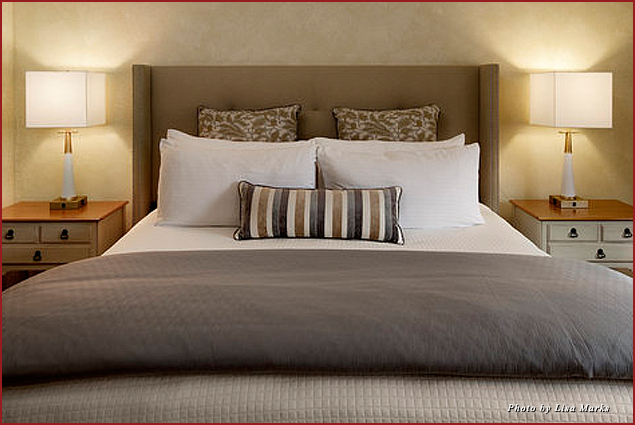 About half an hour’s drive away from Moonstone Beach is San Luis Obispo. Slightly more bustling, yet still charmingly relaxed, it was officially awarded city status in 1876; before then it was all gun-toting bandits and every man for himself.

You can take a fascinating slow walking tour around the town, which has just undergone an extensive seismic retrofit in response to the San Simeon earthquake of 2003. While making the city more structurally safe, including the now pedestrian-friendly Mission Square, it’s also encouraged an art explosion. As you wander around this pretty smoke-free town (that also boasts one of the lowest obesity rates in the country, and happens to be the birthplace of successful smoothie chain Jamba Juice), you’ll notice the many utility boxes adorned with original designs. 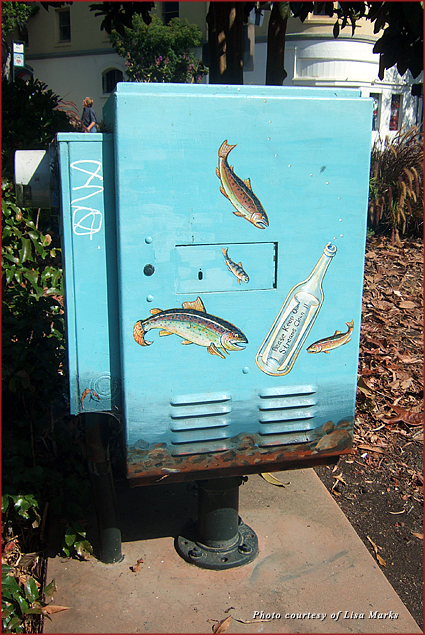 The painted utility boxes are a cute idea, and more palatable than ‘Bubblegum Alley,’ a noted landmark on Higuera Street – literally a narrow corridor covered 12-feet high in chewed-up bubblegum, and thanks to the local college students, growing in size. Not for the delicate of stomach.

Nearby at Novo Restaurant, which overlooks a crystal-clear picture-postcard creek, decorum was restored. This popular eatery is a 2012 TripAdvisor Certificate of Excellence winner. We dined on lightly spiced samosas, shrimp wraps, their house salad (piles of crisp arugula, pine nuts, feta cheese, and roasted peppers) and fluffy chocolate mousse. 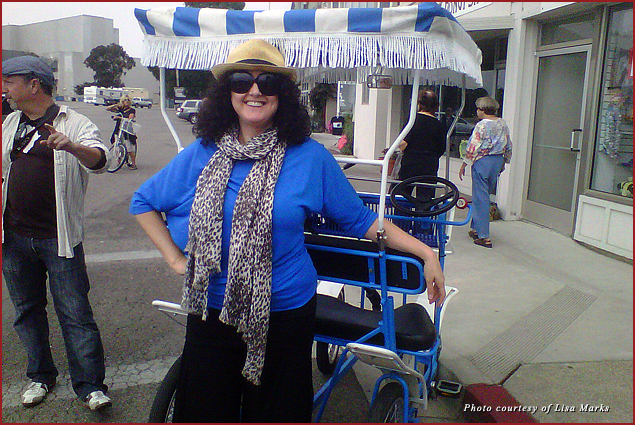 With so much food, there was only one thing to do– a bike ride around Morro Bay in a surrey (with a fringe on top, naturally), to burn off some calories. Morro Bay is a 20-minute drive from San Luis Obispo and is famous for its giant volcanic rock, bird sanctuaries, languid otters, and seafood. It’s also home to one of California’s largest and most productive commercial fishing fleets, which is a good a reason as any to head to Tognazzini’s Dockside Restaurant. 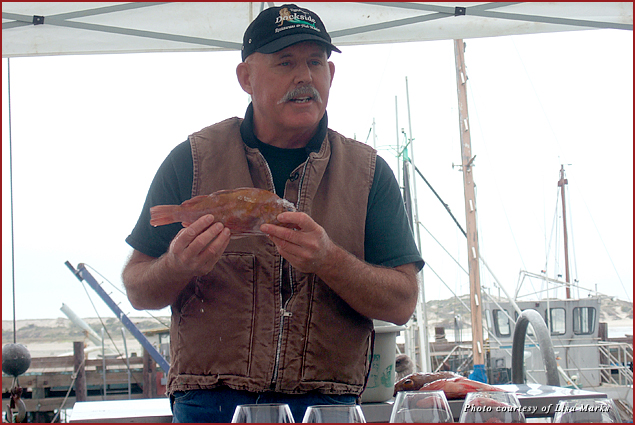 Park your surrey outside, before enjoying a bowl of Mark Tognazzini’s incredible off-menu cioppino, piled high with lobster, crab, shrimp, and other mouth-watering ocean-caught treats. A true local character – he’s been fishing these waters for 44 years – Mark is one of the reasons that Morro Bay has become such a tourist hotspot. “In 1996, when the salmon catch was low, I opened the restaurant so that we’d have somewhere to sell our fish,” Mark explained. “And we haven’t looked back.” 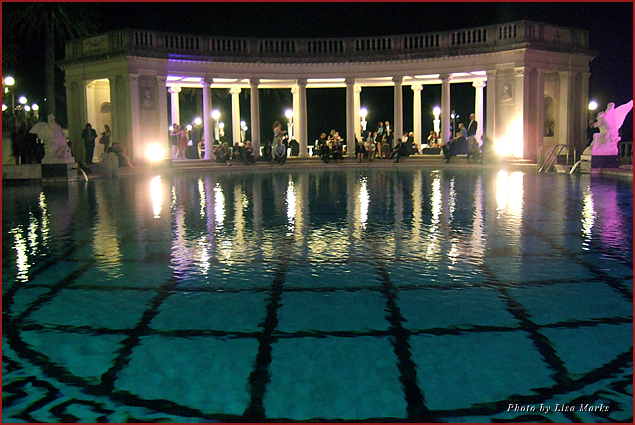 Nearby San Simeon is famously the home of Hearst Castle, publisher William Randolph Hearst’s opulent love letter to the actress Marion Davies. You can book a tour of the castle, gaze upon the exquisite Roman-style Neptune Pool, and imagine what it was like to be a billionaire in the 1920s, when $3,000 could buy you a good-sized family home.

A handful of times a year the castle throws its doors open to the public, and so I enjoyed an Enchanting Evening at Hearst Castle, as part of the Sunset’s Savor the Central Coast special-events program, sampling oysters and nibbling on delicate cookies, accompanied by local port wines. Strolling around the hilltop gardens, I tried to sound as witty as Dorothy Parker, but probably looked more like Charlie Chaplin.

Back down to earth, but only slightly, I relocated to the Avila Lighthouse Suites in sleepy Avila Beach, which is located about five miles from Pismo Beach (one of the few places in California where, should you own one, you can drive your dune buggy on the sand). My hotel walls were covered in a variety of nautical doodads, and I wandered along the old-fashioned promenade (no neon signs here), inhaling the ocean air like it was going out of fashion. 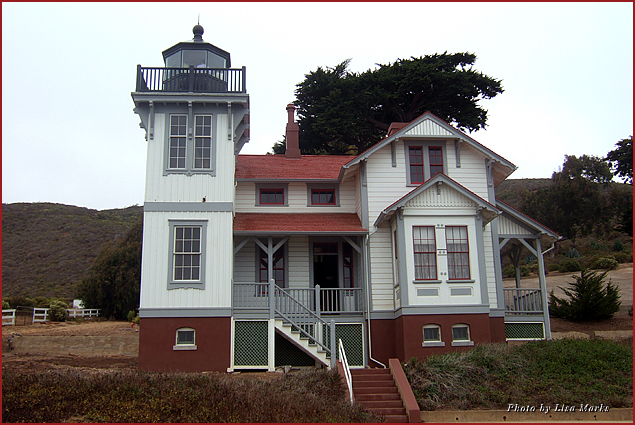 Nearby, the Port San Luis Lighthouse is one of those hidden gems that every tourist should see. The lighthouse was abandoned in 1974 and it took almost 20 years before the Port San Luis Harbor District received the 30-acre site from the federal government, with the requirement that the station be restored and opened to the public. I toured the quaint rooms in this sturdy wooden house where the coast guard and his family lived for many years, before climbing the narrow stairs to the lighthouse itself (getting down isn’t quite as easy – you have been warned). 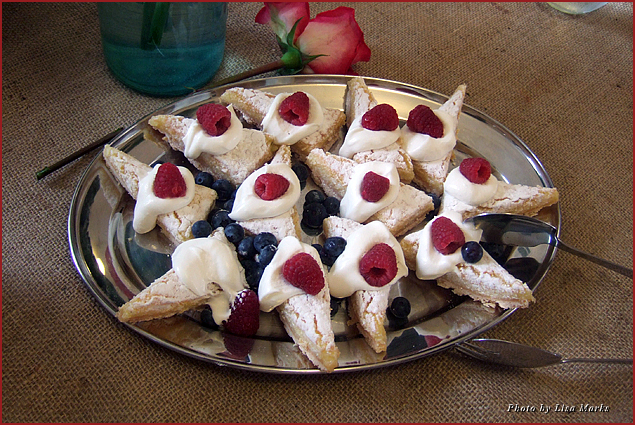 Our lively docent Jacqui regaled our group with fascinating stories, such as how Chinese workers blessed the house by writing on the walls in the basement. We ate a hearty steak and salad lunch, followed by possibly the best lemon tart I’ve ever eaten in my life. This was paired with a crisp Riesling from local San Luis Obispo winery Claiborne and Churchill.

Leaving the coast, it was time to unpack my bags at my third and final destination, the Paso Robles Inn. 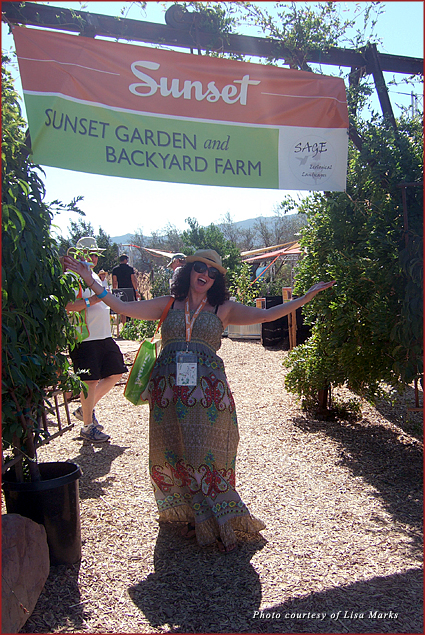 I’ve never stayed in a hotel room that has a mineral-spa Jacuzzi on the balcony, but this one did, and although I didn’t have time for a proper soak, I went for a dip in the pool – after all, it was now a fairly challenging and unseasonably hot 95 degrees.

We then drove to the magnificent Santa Margarita Ranch to enjoy the many edible and alcoholic goodies being handed out at Savor the Central Coast. This two-day event at the 13,900-acre ranch required an elasticated waist-band, sturdy shoes, and a stomach with attitude. At the marketplace, I sampled tiny bites of food and wine from local restaurants, and vendors including Harris Ranch Beef, Ventana Grill, Cracked Crab (best chowder ever), SLO Donut Company, and Ancient Peaks and J Lohr wines. 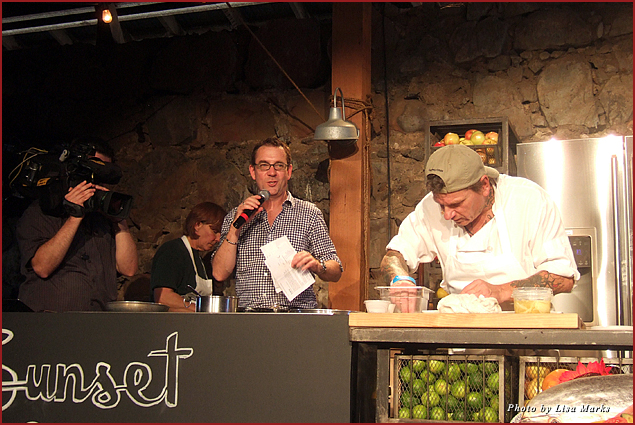 There was also the super-fun chef’s demo entitled Battle of the Bay, hosted by Ted Allen of the Food Network’s hit show Chopped, which was more nail-biting than a presidential election. Later we had a chance to meet celebrity chefs Rick Moonen, Susan Feniger, Nathan Lyon and the Food Network’s Aarti Sequeria. “I love the bounty and abundance of food in Central California, you just don’t get that anywhere else,” said Aarti, and who would argue? One of my favorite places to wander (and escape the beating sun) was the shady music garden, where I washed down flavorful sandwiches with the local ale.

Of course, all good feasts must come to an end, but not without another feast to end it. My last evening, at the poetically named Paso Glow: A Culinary Experience at Windfall Farms, in Paso Robles wine country, was a foodie finale fitting to the occasion. Wine tastings accompanied more gourmet treats – yes, impossible though it seemed, I still managed to find room for more food. My favorite dish of the night was the softly smoked pulled pork tacos from the Dean Brothers’ Smokehouse. 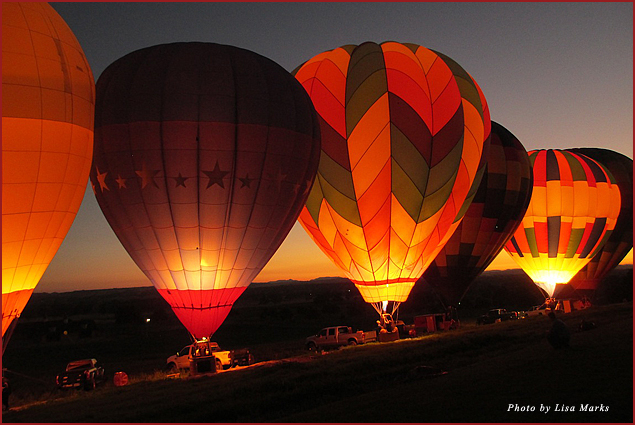 Against the gorgeous sunset, six brightly colored illuminated hot-air balloons provided the perfect dramatic backdrop, but the star of the show was the region itself. As I looked out over the stunning Kentucky-style 724-acre horse farm, which was once owned by Jeopardy! host Alex Trebek, the country-western band played late into the night, and the wine flowed. If the path to a woman’s heart is truly through her stomach, then Central California, come take me now – I’m all yours.

Get a Little Paso Glow The Essential Guide to Paso Robles, CA