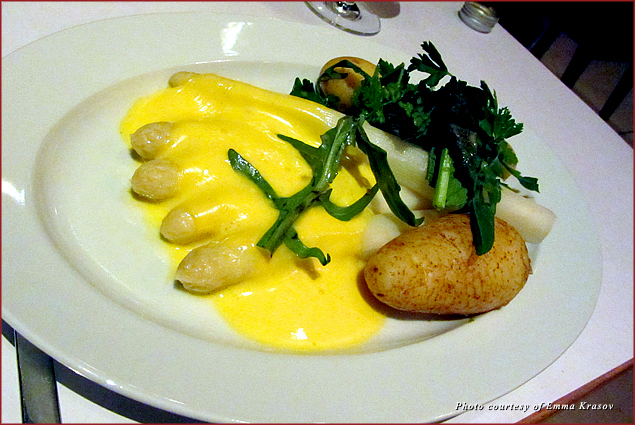 Traveling to Vienna in spring is a double treat – the weather is balmy, the city is gorgeous (well, it always is), and white asparagus is in season.

I remember how I came to try white asparagus for the first time. It was in Chicago, and the preparation was done by a world-famous chef. Under my server’s intense gaze I bit into a pale meek stalk, and couldn’t force myself to take another bite. “So, how is it?” he said. “Bland,” said I – to his barely contained outrage. Since then I was not actively seeking this perennial shoot intentionally held underneath the soil to keep it colorless. It didn’t do anything for me – until I tried it at Palmenhaus restaurant in Burggarten, Vienna. 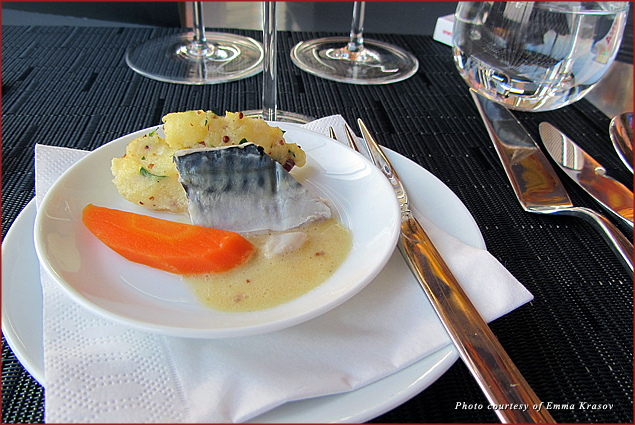 Silky, tender, mild, but full of spring-like fresh flavor, it was simply served with a boiled potato, some bitter greens, and buttery-lemony hollandaise sauce. What a delight!

The steel-and-glass Art Deco Palmenhaus, where Emperor Franz Joseph liked to spend his time off admiring the hothouse palm trees, is not the only place that serves white asparagus. Every self-respecting eatery in the city does it in spring and early summer.

While I continued to order it everywhere, I took time to explore other notable staples of local cuisine and the Viennese culinary scene in general. 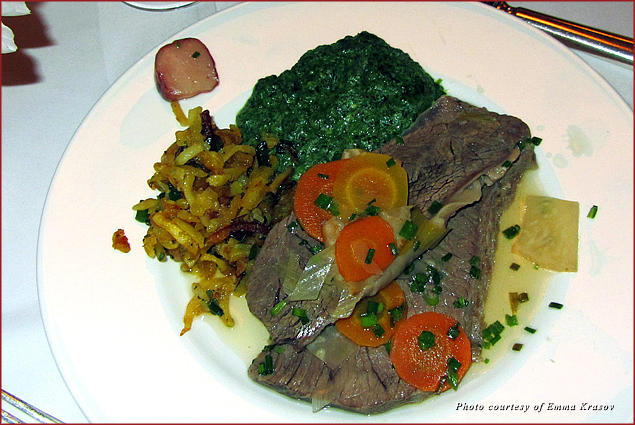 At Le Loft, located at the top floor of the Sofitel Vienna Stephansdom overlooking downtown, I appreciated traditional marinated herring in mustard sauce, paired with a local wine.

At Zum Schwarzen Kameel, a historic restaurant first open in 1618, I indulged in the Tafelspitz, a favorite dish of Emperor Franz Joseph, who allegedly ate it every day for dinner. 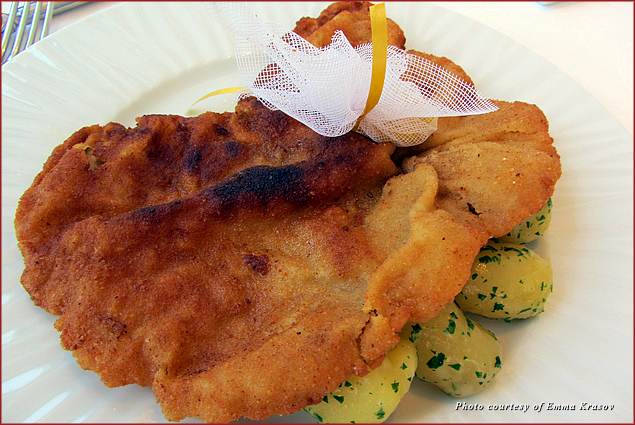 At Meierei in Stadtpark, a former milk drinking hall on the WienRiver, I devoured a world-famous wiener schnitzel, deliciously breaded and sprinkled with lemon.

At least once a day during my trip, exhausted by the sightseeing overdose, I did what tourists do – lounged on a banquette at one or another notorious Viennese café drinking coffee and snacking on chocolaty Sachertorte or vanilla-drenched Apfelstrudel. 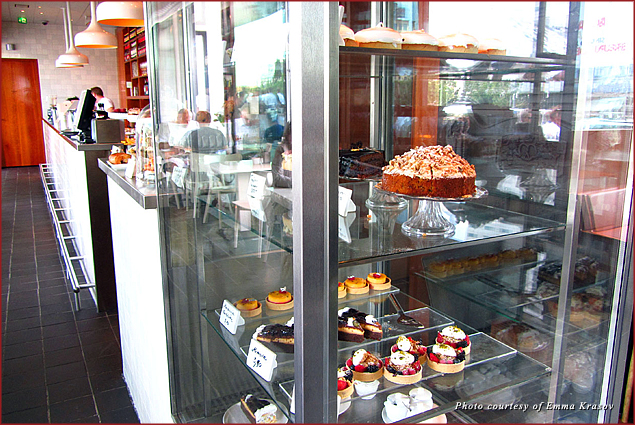 There is nothing like a cup of strong mélange to lift a weary traveler’s spirits at a modern Café Motto am Fluss on the Danube Canal, or a glass of creamy Wiener Eiskaffee at Café Schwarzenberg, in operation since 1861.

The city is brimming with all kinds of indulgences. The inherent sophistication of the Viennese defines everything here from art and design to sublime culinary delights. 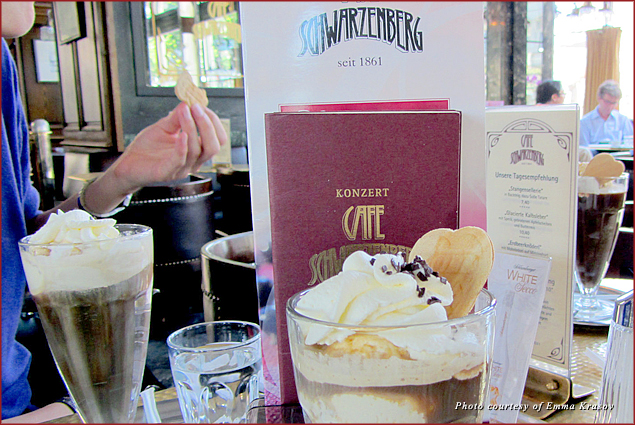 For more information, visit the Vienna Tourism Board.