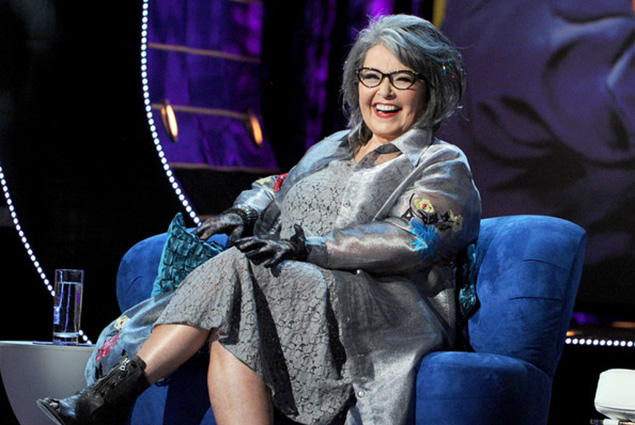 Has the mother of all roasts finally arrived? It sure looks that way.

Roseanne Barr—the titular comedy legend/domestic goddess/sitcom icon/macadamia nut farm owner/presidential candidate—is ready for a grilling. The Comedy Central Roast of Roseanne Barr airs at 10pm Sunday, Aug. 12, on Comedy Central, and it looks as if it could be one of the most raunchy, unforgettable comedic slayings the franchise has ever produced.

Needless to say, I booked a flight on this wild trip. (More on that later.)

The comedy barbecue was taped at the Hollywood Palladium, an icon in and of itself—check out some shows there, Jetsetters. As for the after-party—always fun to have one of those—it was held at the swank Boulevard3 on Sunset and proved to be just as amped. Ro even hit the dance floor. Flanked by fans, she shook her groove thing, posed for pictures and then seemingly ventured off, disappearing into a cloud of smoke. (Insert marijuana joke here, Jetsetters!)

Other roast attendees were in the house, including Michael Fishman and Sarah Goranson (of TV’s Roseanne), roasters Ross and Schumer, Glee’s Chris Colfer—nice dance moves, buddy!—and other luminaries. (Note to travelers heading into the Hollywood area—make Boulevard3 one of your travel pitstops. You won’t regret it.

Still, even though Ro was ripped into, the evening ended with plenty of praise. It would be hard not to toss accolades the comic’s way. Roseanne is, after all, a vigorous trailblazer. After a successful stand-up career, she found ratings gold—and, eventually Emmys—for her groundbreaking sitcom Roseanne, which ran on ABC from 1988 to 1997. There were plenty of scandals in between—a contentious marriage to Tom Arnold for one, which went nuclear —but the comic always managed to find her footing with the press and the public.

Last year’s reality outing Roseanne’s Nuts – which chronicled her life on a macadamia nut farm in Hawaii – was engaging, but she turned more heads with her announcement to run for president. In fact, she just announced that she would be operating all that on the Peace and Freedom platform.

In any event, the good thing about Ro is that she’s one of those rare creative beasts who, like Henry Rollins or Sean Penn before her, is able to generate a conversation on topics not typically being addressed in traditional media—from LGBT rights to environmental causes.

Eager pop culture traveller that I am, I thrust myself onto the red carpet prior to the Roast for some Jetset Extra exclusives.

Dive in. Grill at your own risk.