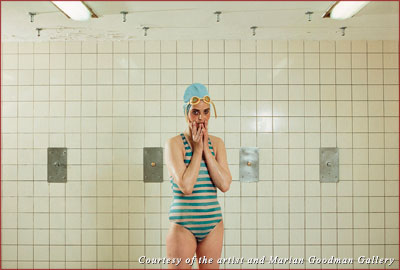 Rineke Dijkstra, a contemporary photography artist from Amsterdam, has an uncanny ability to shoot portraits of people torn by conflicting desires to grab attention and simultaneously shy away from the spotlight. Centered in a vast void of the frame and washed in bright light, her awkward adolescents, unadorned new mothers, blood-smeared bullfighters, and unfazed-by-constant-danger young soldiers look straight at the viewer, conveying their whole lives with this one glance into the camera that reveals everything, conceals nothing. 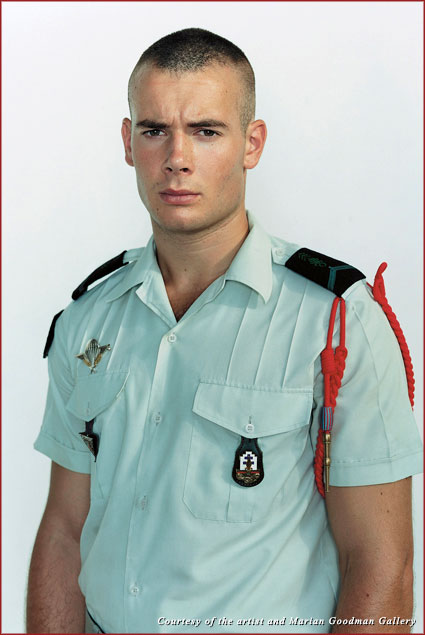 The photographer behind the camera can be perceived as a savvy and experienced psychologist, a sophisticated analyst of the human soul, a calculating constructor of the image, maybe a puppeteer.

In reality the artist, whose self-portrait opens the exhibition Rineke Dijkstra: A Retrospective at the San Francisco Museum of Modern Art, looks more like one of her subjects in a striped one-piece, rubber swim cap and goggles, standing with her hands to her face, exhausted after thirty laps in the pool, when she “had to abandon all posing” in an empty shower room in a swimming pool facility. 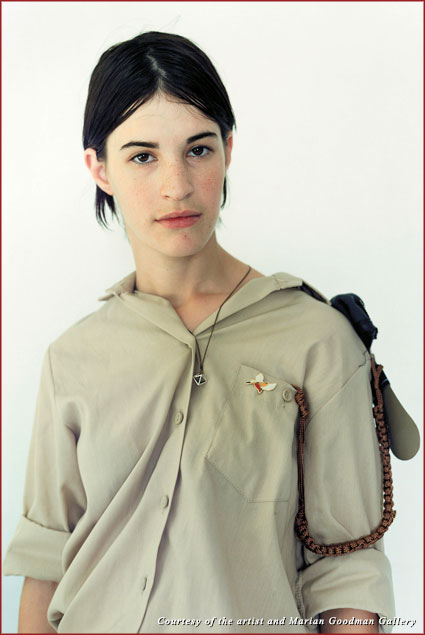 Facing a Q&A crowd at the show opening, she mumbled her words and nervously scratched the top of her head in search of a satisfying answer.

But to know and appreciate this artist, finely attuned to her tender subjects, it is not necessary to hear her speak. All the answers are in her art, which is impossible to ignore, mistake for someone else’s, or forget. Seeing Rineke Dijkstra is believing that her piercing art stems from compassion, not cold observation, from relevancy, not calculation, from bringing her own human warmth and poignancy into her depictions of others. 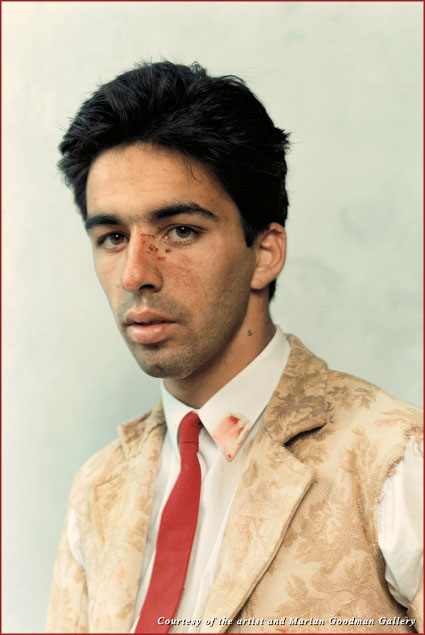 Rineke Dijkstra: A Retrospective is on view at SFMOMA, 151 Third St., San Francisco, through May 28, and then at the Solomon R. Guggenheim Museum, New York, from June through October 2012. More information at SF MOMA.