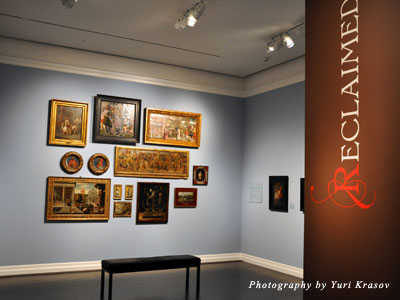 Dutch Old Masters from the Golden Age and other European paintings primarily from Baroque and Rococo periods are now presented in a unique exhibition at the Contemporary Jewish Museum in San Francisco. “

Reclaimed: Paintings from the Collection of Jacques Goudstikker” features about 45 pieces of the recovered art, looted by the Nazis during WWII from a private gallery, owned and operated by a prominent Amsterdam art dealer, impresario, and bon vivant. Jacques Goudstikker (1897-1940), a reputable expert, supplied artwork to Dutch museums, among them the Mauritshuis in The Hague, and the Rijksmuseum in Amsterdam. The Metropolitan Museum of Art in New York and the Art Institute of Chicago also bought paintings from him.

In his day, he organized the largest exhibition of Rubens’ art in the Netherlands and other important shows. Being Jewish and fearing for their lives after the Nazi invasion, Goudstikker, his wife Dési and their one year-old son Edo left Amsterdam in May 1940. Jacques died on the ship while trying to escape by sea. Dési settled in the United States. Her second husband, A.E. D. von Saher, adopted Edo.

Goudstikker Gallery was looted by the Nazis under Herman Göring’s command. The majority of 1,400 works of art was taken to Germany. A Nazi officer, Alois Miedl, ran the gallery during the war years under the Goudstikker name, selling out the remaining stock.

Edo’s widow, Marei von Saher, initiated the restitution in 1997. She was guided by a black notebook where Jacques Goudstikker listed his collection before leaving it behind in 1940.

After a long legal fight and years of diligent work and combined efforts of the family members, art historians and legal experts, the Dutch government restituted 200 of the looted paintings in 2006. 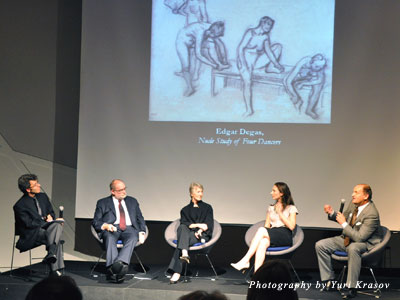 At the exhibition opening, the guests of honor were Marei von Saher, the heir of Jacques Goudstikker; her daughter Charlène von Saher, and Lawrence M. Kaye, the von Saher’s attorney, an international art lawyer at Herrick, Feinstein, LLP. On separate days during Q&A sessions, Hannah Marcus from San Bruno who was on the same ship as Jacques (S.S. Bodegraven) when they were escaping the Nazis, came forward, followed by Polly Bergtraun from Palo Alto, who knew Jacques when she was a child growing up in Holland. In the museum show, there are original documents and family photographs as well as mementos of the historic restitution, like an interactive computerized depiction of Goudstikker’s notebook. 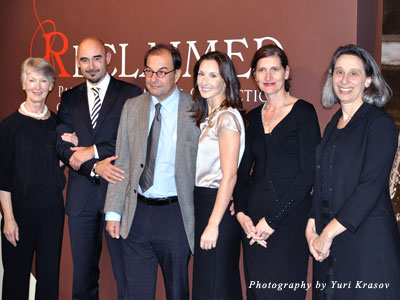 “Reclaimed: Paintings from the Collection of Jacques Goudstikker” runs through March 29, 2011 at the Contemporary Jewish Museum, 736 Mission St. San Francisco. Call 1-415-655-7800 or visit their website.