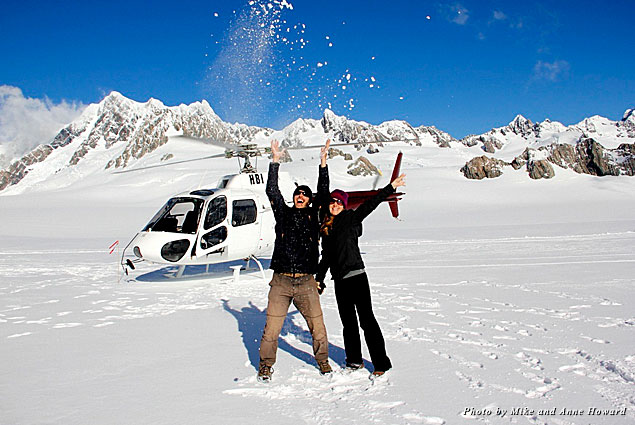 For Mike and Anne Howard, the honeymoon period won’t be over anytime soon. In fact, the couple started off their married lives together by setting out on a 675-day journey of a lifetime. While crisscrossing over six continents and 33 countries, they launched an online journal called HoneyTrek, where they continue to post entries about their adventures.

The Howards are keeping their romance with long-term travel alive through their trip coaching business. Here is what Mike and Anne shared with me about balancing life and love while trekking:

Q: Before HoneyTrek, what role did travel have in your lives?

Mike: My love of travel has been a long time in the making. It started with my parents regaling stories from their 20s and 30s traveling Europe and continued with photos and memories of my grandmother traveling on a solo round-the-world trip at age 75. I had been to 14 countries before this trip, including the trips Anne and I took to Cuba, Jamaica, Belize, France, and Switzerland.

Anne: My mom’s first job out of college was as a flight attendant, and my dad flew all over the world producing television commercials. Travel was in my blood from the get-go, but it really set in the summer after ninth grade when I lived on a coffee plantation with a family in Alajuela, Costa Rica. This forever morphed my outlook on travel, from that of a vacationer into a traveler. Integrating myself into a new culture, language, and way of life opened my eyes and has kept me on the move ever since. 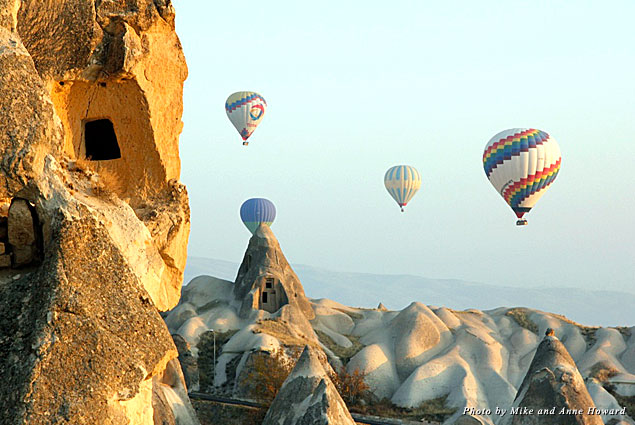 Q: How did you both plan and finance your honeymoon?

Anne: Our travel philosophy has always been to go places too far to visit while we have jobs and too rugged to do when we’re old. That meant skipping Central America and most of Europe and focusing on all the places we’d always wanted to go across South America, Africa, Asia, and Oceania.

Mike: When determining how long we could afford to travel, we divided our savings account by $100/day, and that’s how many days we figured we could be out on the road. It turns out we spent even less than that averaging just under $80/day (that’s for both of us, all in: flights, food, drinks, buses, visas, gear, rooms, excursions, etc.). The pricier countries (i.e., Japan, Australia, Norway) were north of $150/day while countries such as Bolivia, Nepal, and all of Southeast Asia were closer to $40/day.

Q: Who handled certain aspects of the trip such as budgeting and lodging?

Mike: I’ve handled the majority of the budgeting, credit cards, and our mileage accounts. Considering we earned 430,000 frequent flier miles in the eight months leading up to the trip, that was no small task. Yet, considering it saved us more than $9,000 in flights, it was well worth it! We got so good at earning free flights that we now teach a course in it.

Anne: I mostly handled the route and lodging. It’s fun for me to read about new places and plot our course, and Mike was always game to go wherever. As for lodging, Mike would sleep in a tin can if it meant we saved a dollar. While I’m no priss, my standards are slightly higher, and I was usually the one to search out the most economical option—that didn’t look like a fallout shelter. 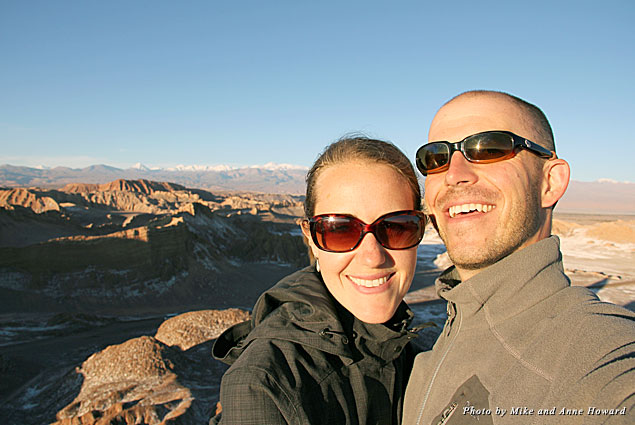 Q: For each of you, what was your best and worst overall travel memory?

Anne: Worst was dusk on the side of the road at a small junction in northern Mozambique, waiting for a hitchhike for four hours with zero cars in sight. Adding to the uneasiness, a drunken dude kept talking to us in Portuguese while a crazy person danced circles in the street. Just as the sun was setting, a pickup truck pulled up. The driver said he couldn’t take us as far as our intended destination but said that we could sleep on the floor of his cousin’s mud hut. This was looking like the bright side of the day until we attempted to sleep and the mice started running across the packed-dirt rafters, knocking mud chunks on us. If it weren’t for fits of delirious laughter, we would have never made it out of that day.

Mike: Best: We are ambassadors for the nonprofit Muskoka Foundation and were asked to scout an English language program in a tribal Red Tzao village outside of Sapa, Vietnam. To do this, we signed up as volunteer teachers for the week—and not just any week but five days leading up to the Tet celebration of the New Year. The students were so grateful to have English lessons they thanked us with countless invitations to pre-Tet dinners, sacrificial rituals, and a very exclusive New Year’s spirit cleansing ceremony. To be accepted into this tribal community during one of the most familial and celebrated times of year was definitely one of our greatest travel highs.

Q: What advice would you offer to couples planning a trip like yours?

Anne: Travel will bring you closer like nothing else. You’ll face some challenges, but you’ll laugh about them later and your experiences from the incredible sites and encounters will give you memories you will draw on your entire lives together. Between two busy people, it’s hard to take a big chunk of time off, but it’s possible (and sometimes the decision winds up being made for you). Make travel a priority, and be prepared for when/if the opportunity arises—and if it doesn’t, think about creating that opportunity!

Mike: There are so many things you need to know before you leave on a trip like this, but they are not the things you would imagine. Don’t worry too much about what clothes you are packing (there are clothes for sale everywhere), but you should worry about your tech solutions (which are not available or incredibly expensive abroad). Don’t buy the around-the-world plane ticket; you will waste months trying to plan out a route that will change in your first city and cost you more money than buying flights as you need them. 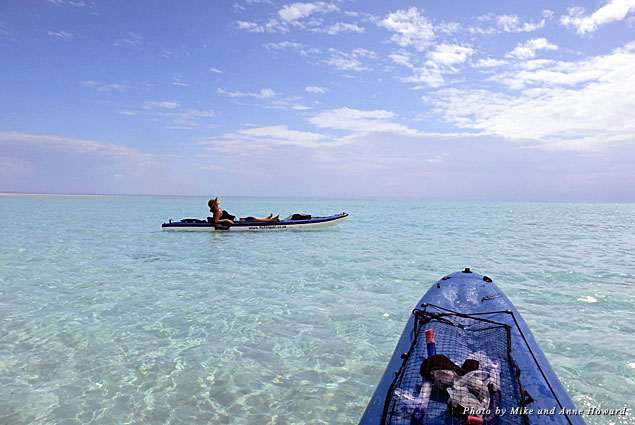 Q: How did you handle being in close company for long periods of time?

Anne: Going into the trip, I’ll be honest; the idea of being together 24/7 sounded a touch scary. Especially since people kept saying to me, “Wow, you must really like your husband. I don’t think I could spend that much time with mine.” People were starting to make me nervous; they put it in my head we were going to kill each other. However, you start to bond on a level that is not even humanly possible on a regular schedule, where you go to work and catch up at the end of the day. Your brain starts to fuse and you can sense each other’s needs, humor, and reactions.

Mike: We are such a team. Ever so rarely, if one of us wants to go do something different for the day, we’ll go our separate ways and then we are excited to come together at the end of the day and swap stories.

Q: Couples can face good and bad moments when traveling together. How did you address issues that came up?

Anne: Honestly, nothing really comes to mind. This is not to say we don’t have moments of bickering in the heat of a 110-degree day or while running late for a bus, but if there is ever an issue when you are traveling together, you just have to address it and learn from it. There’s no time to let the petty crap bother you on the road; if you do, you’ll miss out on the beauty right under your nose.

Mike: We learn to give and take, bounce ideas off of each other, and the little things that make each other happy in this new environment. It’s so amazing to have someone to share all these experiences with, and the next day you just laugh about yesterday’s hiccups and become stronger for it.

Brit on the Boulevard: Winter 2013 Ten Quick Tips to Elevate Your Vacation