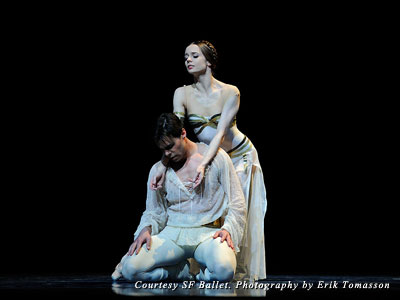 The world premiere of Francesca da Rimini is a second, or I’d say, central part of Program 3 in the especially rich current season at the San Francisco Ballet. It is based on the Divine Comedy by Dante Alighieri, namely canto V in the Second Circle of Inferno, dedicated to the adulterous love of the unfortunate 13th-century couple Paolo and Francesca.

This one-act, written by Tchaikovsky and choreographed by Yuri Possokhov, is the epitome of pure ballet – piercingly beautiful, emotionally complex, technically astounding, and performed with so much grace and ease that like Dante, we are ready to cry and almost faint at “hearing” Francesca’s story relayed to us through the means of dance and music.

If Dante’s favorite sinner exists in this contemporary world of ours, it would be hard to imagine a more precise reincarnation of Francesca than the SF Ballet principal Maria Kochetkova—weightless, endlessly agile, and divinely dressed (costumes by Sandra Woodall), as if painted by Giotto. Joan Boada is perfect as her partner in crime, her passionate lover Paolo—the handsome brother of Francesca’s crippled husband, Giovanni, impressively performed by Taras Domitro.

Following Possokhov’s razor-sharp and excruciatingly demanding choreography, other dancers assert their stage presence with the enormous skill and talent necessary for this amazing piece – Elana Altman, Dores Andre, Kristina Lind, Mariellen Olson, and Jennifer Stahl as scarlet-clad Court Ladies, and Jeremy Rucker, Quinn Wharton, and Luke Willis as Rodin-sculpture-like Guardians of the Inferno. The action unfolds in the sparse and elegant scenic design by Alexander V. Nichols, with lighting design by Christopher Dennis. 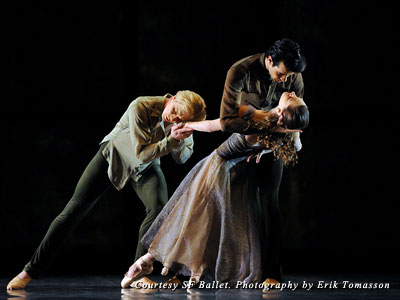 The opening one-act of Program 3 is Trio, also set to Tchaikovsky music and choreographed by the artistic director and principal choreographer of the SF Ballet, Helgi Tomasson.

The 1st Movement, an energetic and uplifting allegro, starred the dynamic couple Vanessa Zahorian and Vitor Luiz, and the 3rd and 4th movements, with Tchaikovsky’s references to Russian folk tunes, were beautifully presented by Frances Chung and Gennadi Nedvigin—all supported by well-synchronized and expressive corps dancers.

Both one-acts were conducted by Martin West with the third one, Le Carnival des Animaux, by Charles Barker. 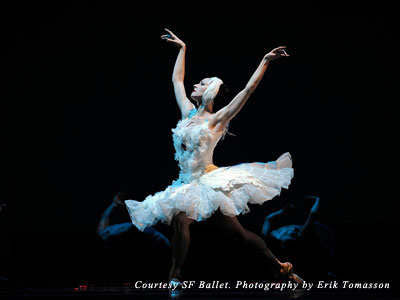 Le Carnival des Animaux, written by Saint-Saens and choreographed by Alexei Ratmansky with the Dying Swan after Mikhail Fokine, came as the grand finale of Program 3—festive, humorous, and delightfully inventive—with all the complexity of the vigorous dance disappearing under the veneer of playfulness. While Sofiane Sylve’s Swan was surely no descendant of the classic Maya Plisetskaya’s one, it took its rightful place in the lighthearted context among all the other creatively defined animals—from Courtney Elizabeth’s Elephant to Elizabeth Miner’s Hen with her accompanying Dores Andre’s and Clara Blanco’s Hens, etc. 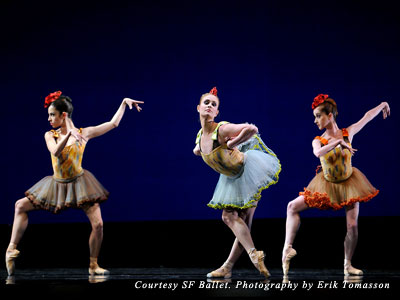