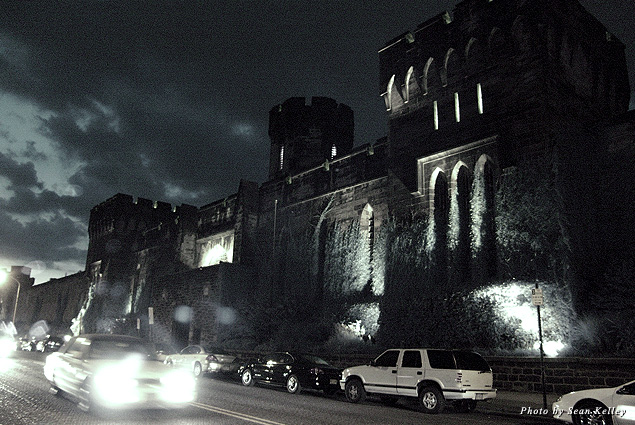 Ah, autumn. When the leaves turn shades of yellows, oranges, and reds. The daylight hours are shorter. There’s a chill in the air. And all across the United States, many are making the most of this often eerie-feeling time of year by seeking out abandoned warehouses and wooded areas on the outskirts of town for a bit of fright and fun.

We’ve roundup up some of the top Halloween attractions in the US—from infamously haunted New Orleans to production pro Hollywood. Prepare to be scared! 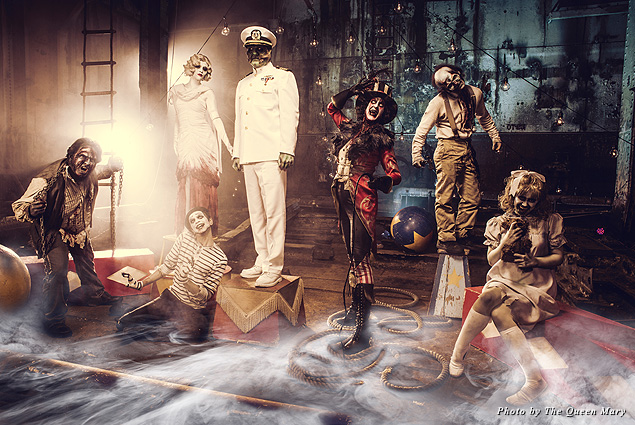 Once a great ocean liner sailing in the mid-1950s for the Cunard Line, the legendary RMS Queen Mary has since retired to Long Beach, where it now serves as a full-service hotel, entertainment venue, and historical landmark. The ship has a storied past, and Dark Harbor brings the real haunted history of the Queen Mary to life, with a Ringleader and his terrifying spirits, freak shows, and haunted mazes. New this year are three mazes—Voodoo Village, Soulmate, and B340—as well as the Exclusive Encounter, a top secret paranormal journey reserved for a limited number of thrill seekers. 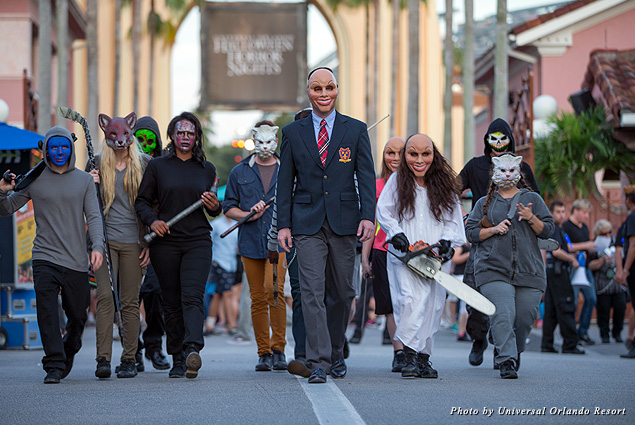 By day it’s a regular Universal Studios amusement park, but by night it transforms into a world of haunted houses and scare zones, often featuring the characters of some of Universal’s popular television shows and films. Spend an evening with zombies from AMC’s “The Walking Dead,” anarchists from the film “The Purge,” and bloodsuckers from “Dracula Untold” at these bi-coastal parks. Visitors can also enjoy themed live shows and scream-inducing rides.

Halloween Horror Nights is open Wednesdays to Sundays through November 1. Hours are extended on select nights. 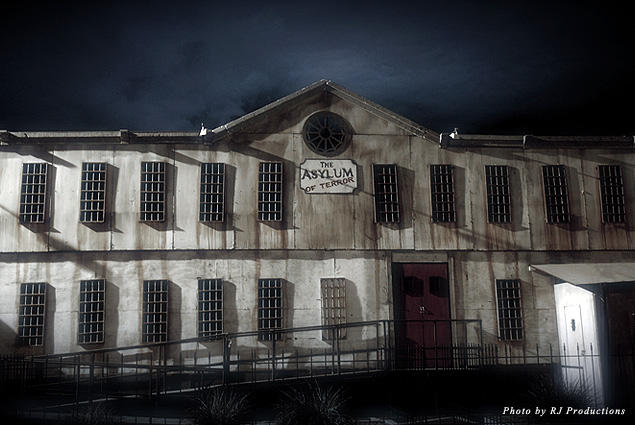 From an eerie sanitarium to a hotel with a dark past and some strange guests, this Las Vegas production is meant to be both seen and experienced. At Asylum, the longest continually running haunted attraction in Las Vegas, it seems the patients have taken over; their insanity is apparent, from the nurse’s station to the morgue. Next door at Hotel Fear, visitors are led not only through the lobby, dining area, and guest rooms but also down secret passages and dark hallways, where they’ll delve deeper into the grisly story behind the haunted hotel. 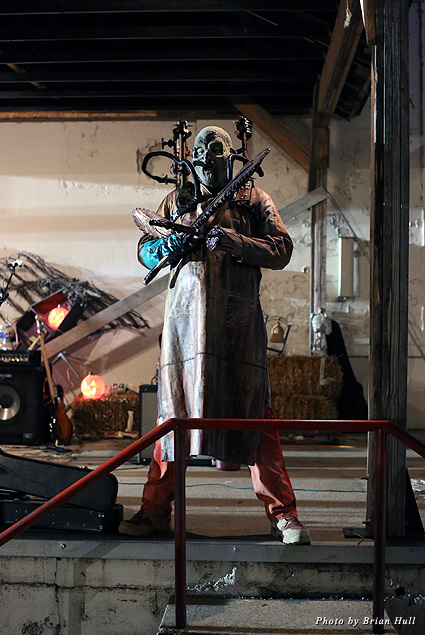 There are three separate attractions in this haunted tour: two for scares and one for some non-frightening fun. At the Hangman’s House of Horrors, escaped killer Hezekiah Jones has re-animated a former black operation experimental training and research facility disguised as a helium production plant, where experiments in interrogation, mind control, and mental reprogramming were once performed. In an effort to fuel his immortality, Hezekiah now orders his minions to use these devices on unsuspecting visitors. The soulless undead Hezekiah has left behind serve up frights at Zombie Outbreak!, the facility’s no-longer-secure security shack. Entrants of all ages are welcome at 3D Wonderland, a non-scary attraction that offers up stunning visual effects. The 19-acre property is also host to live bands, food trucks, and festival activities.

Hangman’s House of Horrors, the top charity-benefiting haunted house in the world, will be open through November 1 (excluding Monday, October 27).

The House of Shock
Jefferson, Louisiana 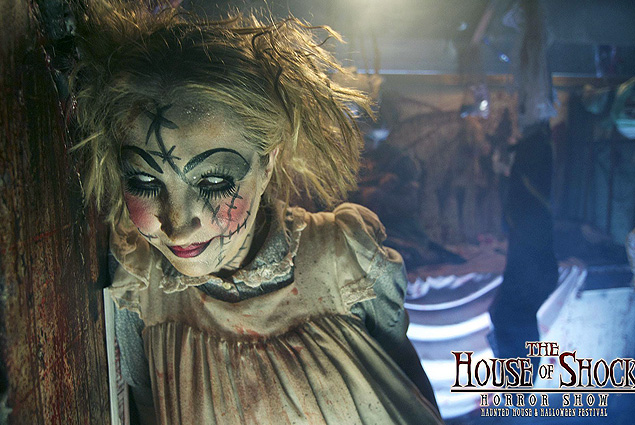 New Orleans is known for its haunted history, and the tales of terror have made their way to the outskirts of the Louisiana city. For 21 years, the House of Shock has entertained its visitors with a multi-media stage show featuring choreography, stunts, state-of-the-art lighting, and explosive pyrotechnics before escorting them through several frightful scenes that serve up quite the scare. It’s an intense experience that won’t be around much longer; this is the House of Shock’s final year, so get there while you still can.

The Halloween festival is open Fridays through Sundays (and October 29-30) through November 1.

Terror in the Jungle
Miami 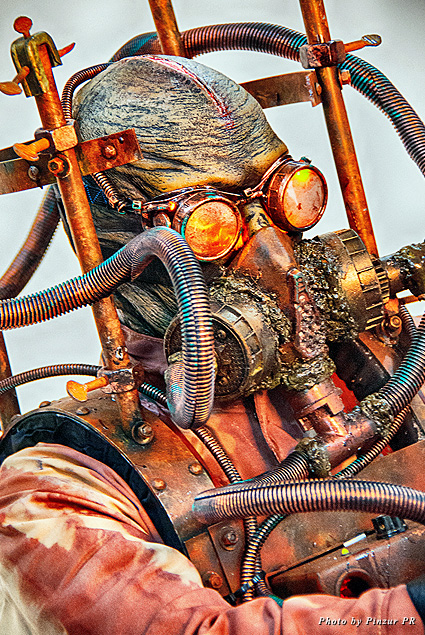 Warning: Jungle Island, a zoological attraction on Watson Island in South Florida, has been overrun with zombies, demons, and military HAZMAT containment units. According to reports, a plane carrying toxic bio-chemicals from a research lab in Mexico crashed into the ruins of an Aztec city surrounded by jungle. As the Mexican government searches for the lost plane, it receives reports of giant, mutated animals and zombie-like Aztec people—a consequence of the bio-chemicals unleashed on the jungle’s inhabitants in the crash. Visitors to the island will travel through five acres of terrifying jungle paths and 10,000-square-foot pyramid ruins, all while dodging booby traps and frightful creatures. Be aware, those who don’t make it through will be added to the “Wall of Lost Souls.”

Terror in the Jungle runs every Thursday to Sunday (and Wednesday, October 29), through November 1. Guests are encouraged to come in costume. 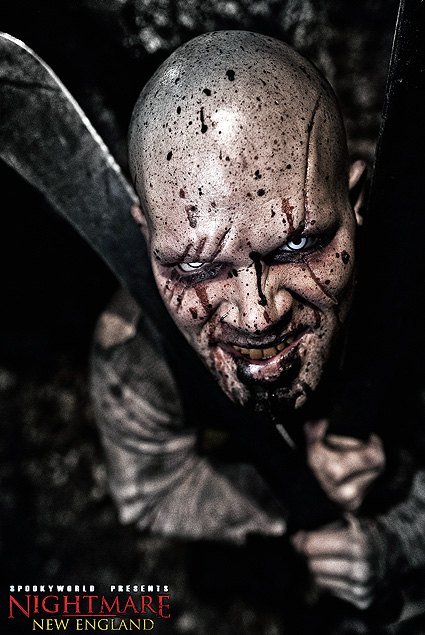 The countryside has a sinister starring role at this spooky destination situated along the banks of the Merrimack River, just across the Massachusetts border. Nightmare New England opened its doors in October 2008, frightening guests with four separately themed haunted attractions and the infamous Monster Midway. In 2009, the scream park formed an alliance with SpookyWorld to create the country’s No. 1 haunted destination in the Northeast. It now serves up screams with five attractions—Brigham Manor “The Bishop Legacy,” Freak Show in 3D, Raven’s Claw “The Resurrection,” The Colony “A New Breed,” and Carnage—along with a restaurant, full bar, live entertainment, and carnival games.

Nightmare New England runs Wednesdays through Sundays, ending with a “Lights Out” event on November 8.

Terror Behind the Walls at Eastern State Penitentiary
Philadelphia 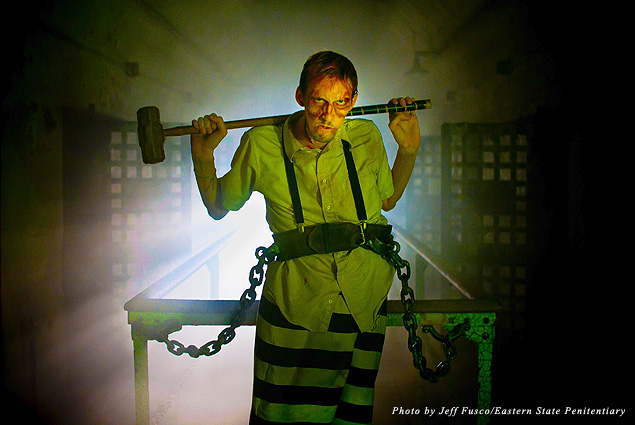 The nighttime journey inside Philadelphia’s historic Eastern State Penitentiary begins with a choice: explore the prison and be an observer of the action or become a mark for true interactivity. Those who pick the latter might find themselves removed from their group, sent through hidden passageways, and potentially incorporated into the show. There are six attractions inside the massive abandoned prison, including the Machine Shop, new this year and considered the most interactive attraction in the history of the event. The annual fright fest features animatronics, custom-designed soundtracks, and Hollywood-quality sets inside the remnants of the once in-use penitentiary. Enter the crumbling cellblocks and empty guard towers surrounded by soaring, 30-foot-high fortress walls—but only if you dare.

Terror Behind the Walls runs on select nights through November 8. All proceeds benefit preservation of this National Historic Landmark.

Erebus (noun): A place of darkness in the underworld on the way to Hades. According to reports, in 1965, inside a four-story building in Michigan, Dr. J. Colbert built the world’s first functional time machine. However, each time a test subject traveled back in time, the time period in which the subject arrived treated him as a virus and attacked. As the doctor descended into madness at the flaw in his creation, he decided to disguise his time machine as a haunted attraction, thus gaining an endless supply of subjects to test his experiment. Be forewarned, those who are fortunate enough to return from a trip back in time will find an altered dimension and life forever changed.

Terror is tripled as nightmares come to life at three haunted houses in one, 55,000-square-foot location. First, enter Morgan Manor, where Morgana and her eight sisters await to feed on any signs of fear. Up next, at the CarnEvil of Torment: A Freak Show of Terror, Morgana and her wicked sister have bewitched a slew of minions to do their bidding and unleash evil on unsuspecting visitors. New this year, Blackout isolates individuals from their senses, as hoods are placed over entrants, transporting them into complete darkness.

The Wisconsin Fear Grounds, a member of the Haunted Attractions Association, is open Fridays and Saturdays (plus Thursday, October 30) through November 1.

Seven Sensational Holiday Gifts for Him