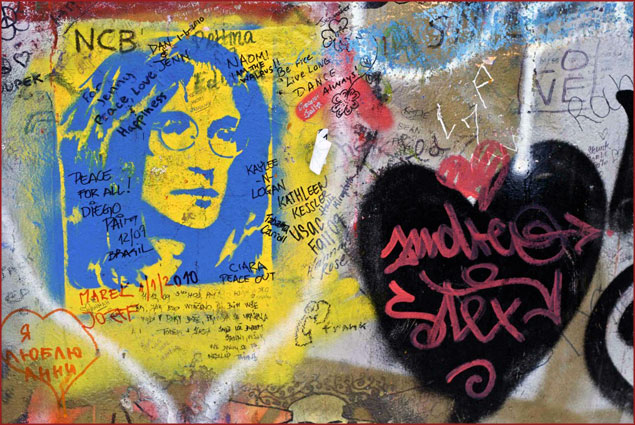 First kisses are things of warm, fuzzy memories. Things of personal legend. For some they involved uncomfortable stuttering conversation, while for others head butts, awkward nose placement or even the dreaded entangled braces accompanied that first encounter with intimacy. Regardless of the circumstances, surely most would agree these memories are held dear to our hearts. 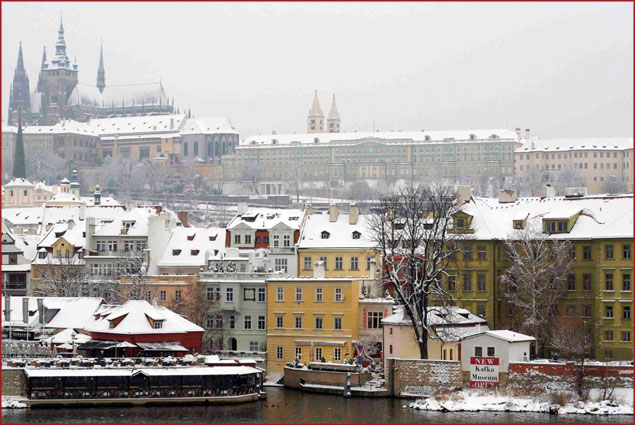 My arrival into Prague this last week came smoothly and free of hiccups. The weather was sunny, though freezing. The dead fox on each woman’s head clarified the latter immediately. Unfortunately for my wife, her flight from Marrakech to London was delayed by only five hours causing her to miss her connection to Prague. While she was wading through the slush at Gatwick, roaming for a strong cell signal, I was comfortably soaking in a soothing bath. While she dealt with airline and hotel bureaucracies, I debated whether to order-in room service or to venture the uncharted territory of the café around the corner. 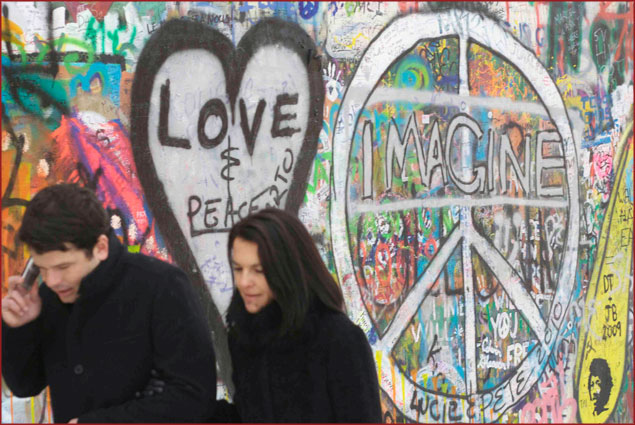 A week prior, my wife’s presence was required at work in Marrakech as I shipped off from our holiday in London to explore Belfast and Dublin on my own. We had expected to rendezvous in the Czech Republic on the same day a week later. Luckily, Mother Nature took it easy on us and my wife arrived early the next morning making for a satisfying and romantic reunion, known to those who have been made to wait expectantly. Our first kiss in Prague.

Many a travel writer has proffered the local wisdom that touching the relief of St. John on Charles Bridge will bring you luck. Kisses in Prague, too, are things of legend. Whether on Charles’ Bridge, suspending time for yourselves amidst a throng of tourists, or in a secret garden, hidden in the cobblestone-paved Malá Strava (Little Quarter), as flakes of snow lightly grace your lips. A kiss on Charles’ Bridge at dawn is reminiscent of Bruncvík, a hero of the Czech Republic. As local legend insists, he returned to Prague after years of struggle and imprisonment to live happily ever after with his wife. Kissing your loved one under the statue of Karel Hynek Mácha, a Czech poet, guarantees love for a year. Prague is a fairytale city, after all. 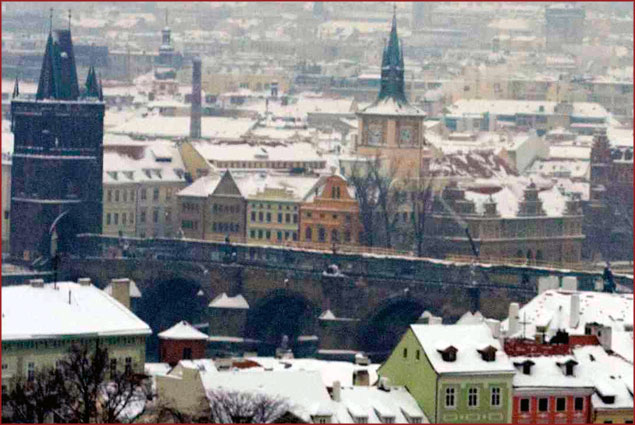 Sure, Prague is known to be at its loveliest during the spring. On the other hand, there is something to be said for embracing your partner while the snow falls around you, your bodies wrapped from head to toe, one of you wipes the other’s nose, then you both slip on the cobblestones and fall on your asses.

That’s the stuff of romantic memories.