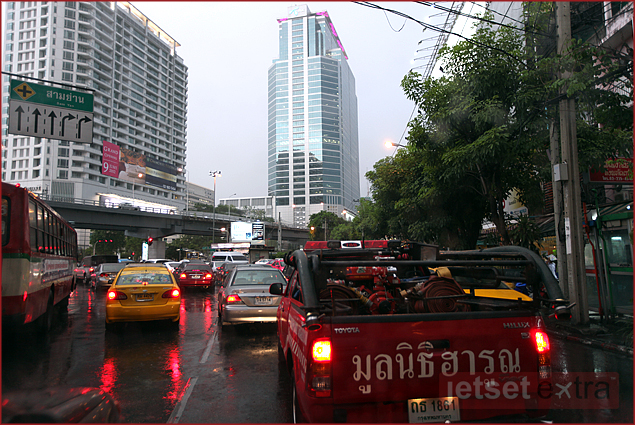 Bangkok is like most big cities in the world – loud and busy, with lots of people and traffic. But, what sets it apart from the rest of the world is its ability to make you feel like you are visiting friends amongst all the chaos. They call it “Thai-ness” – a term used to describe the warm inviting smile given to you by everyone you cross paths with, or the enchanting welcome hotel properties offer during check-in. It’s hospitality at its finest.

Here is my daily journal of the wonderful journey we had in Bangkok and the surrounding areas.

Jason and I arrived at LAX just like we were on any other trip, except this time our friend Maxine was coming along. During 10 days in Thailand we would be visiting Bangkok, Phuket, Kanchanaburi, and Khao Lak. This was a return trip for Jason, and he regaled me and Maxine with stories from his last trip. He also gave us the lowdown of what to do and where to go. We laughed and nodded our heads as he expelled his wisdom of all things Thailand. He was the expert and we were along for the ride.

We prepared for a long flight to Seoul, South Korea, then on to Bangkok. We all found our seats, plugged in, and tried to fall asleep as quickly as possible. We landed in Bangkok at 11:30 pm and were exhausted. The silver lining? There were two. First, after we cleared customs and immigration, there waiting to meet us was our tour guide, Tipi, with a big smile and transportation to our hotel. Second, it was the middle of the night and we could actually get some sleep and try to beat the jetlag before our day began. 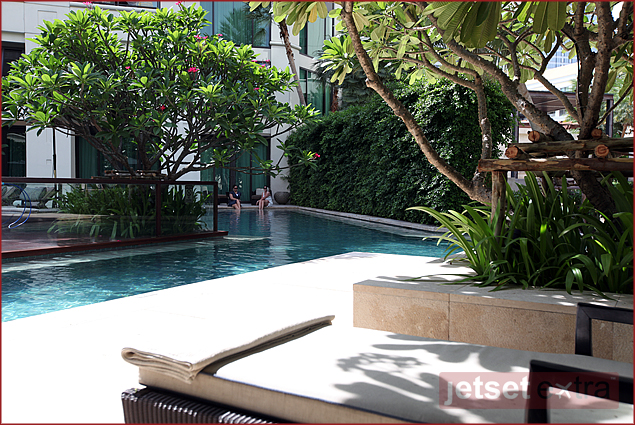 We all met up at breakfast and sat poolside at our hotel, the Siam Kempinski. Arriving in the middle of the night didn’t give us much time to look around the hotel, so now that our eyes were open and focusing clearly, we could appreciate the hotel for what it was. The Siam Kempinski is a sophisticated property with a community feeling. The property has a lot of bonuses, including swim-up two-level rooms. Maxine and I took a quick dip after breakfast and got a closer look. They are pretty awesome, with a master suite on top and living space below. 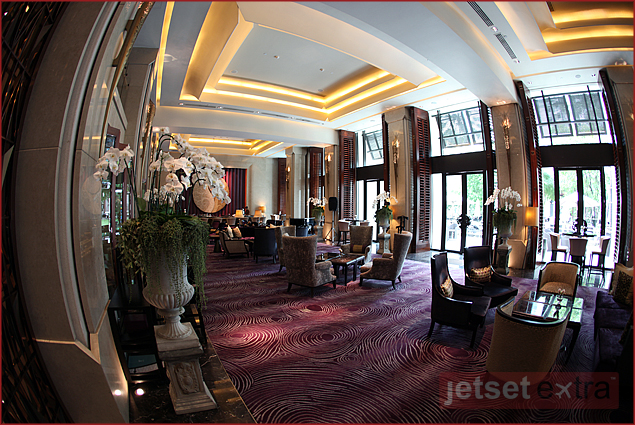 Another bonus is the hotel’s tea parlor, where H.R.H. Princess Maha Chakri Sirindhorn occasionally strolls over from next door to enjoy her high tea. It’s like sitting in the royal family’s living room. There are photos of the royal family everywhere, and elegant décor situated for guests of the hotel to enjoy their tea.

The Sra Bua by Kiin Kiin restaurant features Thai cuisine with a modern twist. The menu was designed by their Michelin-star-rated chef. If you are looking for traditional Thai dishes you will find them, but the modern technique used to prepare and present them will be a pleasant surprise. 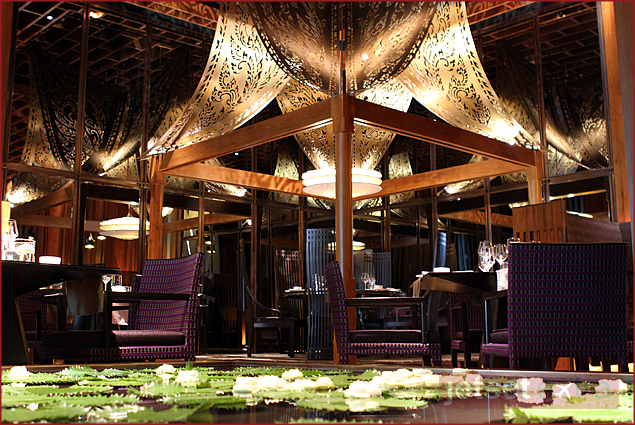 Later, after our gourmet lunch, we headed to our van and drove a couple of hours out of Bangkok to spend the night in a small, very beautiful province called Kanchanaburi. With full bellies, we were like a litter of puppies napping in the van until it stopped at the River Kwai. This super-cool surprise by our tour guide Tipi was on route to Kanchanaburi. We were passing through an area of huge historical importance, so she thought it would be a great ‘get out and stretch’ place. If you don’t know much about the history of the Bridge on the River Kwai, check it out. It didn’t just affect the Thai people, it impacted many countries, including Australia, Great Britian, the US, France, and the surrounding Southeast Asian countries. (More on this later) 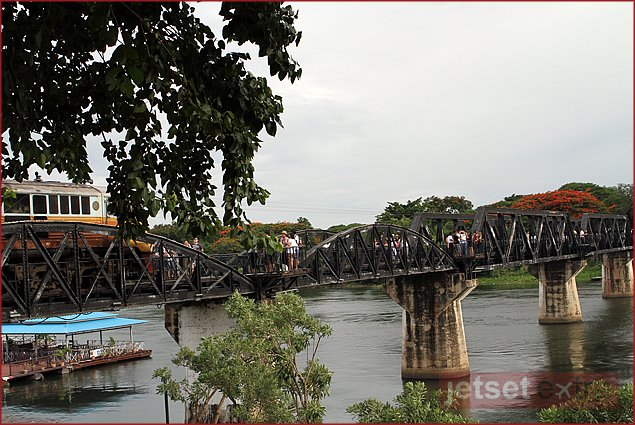 We arrived rested and ready to go at the Dheva Mantra resort in Kanchanaburi. The Dheva Mantra is reminiscent of the sugarcane plantation homes in Hawaii – large and spacious, with gorgeous dark-wood accents and a garden full of blooming plumeria trees. The hotel sits on a riverbank overlooking the River Kwai. 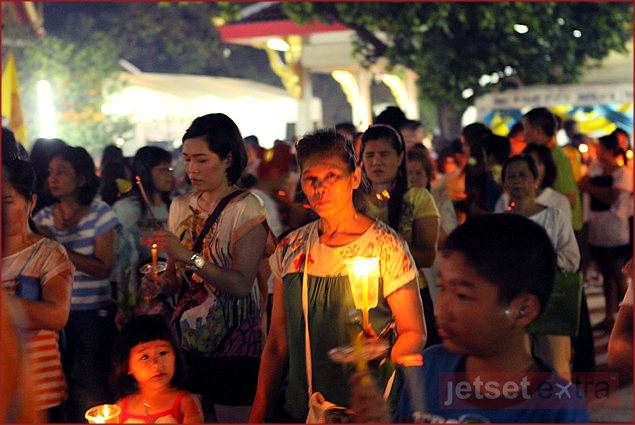 June 4th is a very important religious holiday in Thailand. Thai people everywhere are celebrating Wisaka Bucha – the celebration of the birth, enlightenment, and passing of the Buddha. We were fortunate to get to help celebrate this very special holiday with the people of Kanchanaburi. Our tour guide, Tipi, took us to a temple where we saw multi-generational families lighting incense and candles. They joined the monks in meditation and chanting after walking around the temple three times. The number three is symbolic, as it represents the three jewels of Buddhism. The moon this night was especially full and quite breathtaking as it rose over the procession. It was a magnificent spectacle.

After such a great evening, we awoke in our comfy bed at the Dheva Mantra to the sound of birds singing over the quiet gurgle of the river rolling past. I got up and went for a jog around the property to get a better perspective of where we were staying. The property is quite large, with one main house and four separate buildings with rooms for guests. Within the main house there are meeting rooms, a spa and workout facility, and a restaurant. 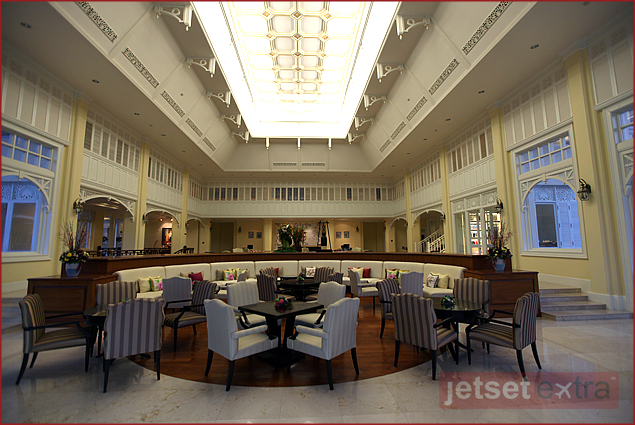 Once breakfast was over, we got into the van and headed to the first of two historical sites of the day. The first was the Hellfire Pass Museum. The museum stands as a memorial to the prisoners of war forced to build the railroad pass during the WWII invasion of Thailand by the Japanese. Hellfire Pass was named because of the conditions the POWs had to endure – they worked around the clock, and the worksite lit by torches at night was said to resemble a scene from hell. 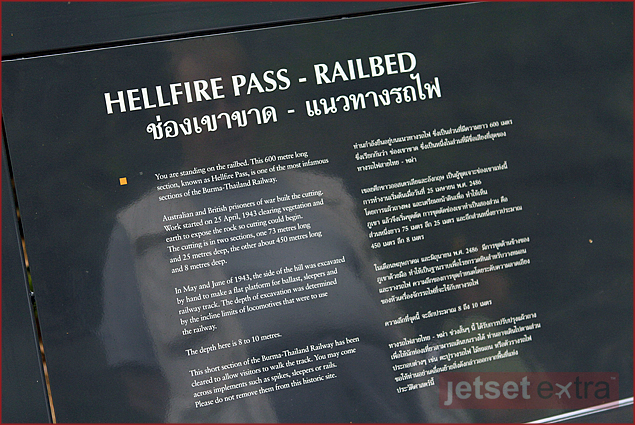 It was quite an emotionally charged morning as we hiked the path through the mountains and saw where men carved out memorials to fallen mates or left their tools behind when injured or dead. The one thing that did stand out amongst all the sorrow and loss was the undeniable strength of the human spirit to survive and overcome. We read journal entries and stories of men who banded together to support one another and help each other live through such a difficult time. Once we had collected ourselves and paid our respects, we headed back out in our van to the second site of the day. 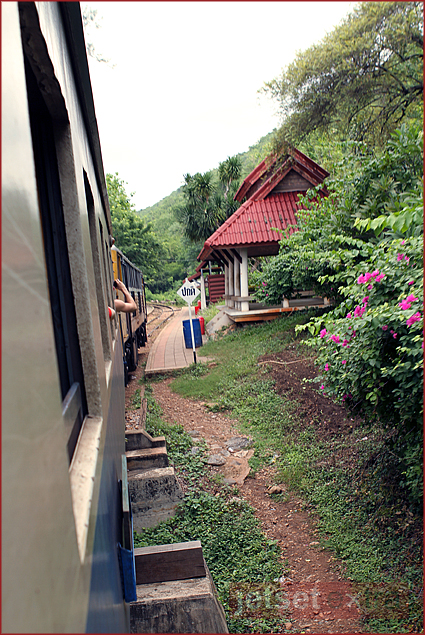 Tipi had planned for us to ride the train to the Bridge on the River Kwai. When our train arrived, we boarded and found seats near the large open windows for the best possible view. Maxine and I sat together as Jason wandered about taking video and photos of all the sites we were passing. Forward we went with the clickity-clack of the old wooden train down the tracks. We passed bright green fields of tall grasses and vegetables and villages where the children ran out to wave at the passing train.

Tipi told us to keep a lookout for the cave we were going to pass as it served as the hospital for the wounded and dying POWs during the Japanese invasion. When the train stopped, we were only about 1,000 feet from the entrance to the cave. We walked back down the tracks onto the bridge that stood hundreds of feet over the water. My feet tingled as I walked, because I knew there really wasn’t anything to grab onto if I tripped or slipped through the railroad ties on my way to the cave entrance.

The mouth to the cave was wide, and once inside I saw a large gold Buddha statue waiting to greet all that entered. The cave was filled with lanterns and bats. The stench of bat guano was overwhelming so we opted to view from afar. As walked on, we eventually arrived to where our van was waiting for us. It was hot and the humidity was about 90 percent. We were all dripping with sweat and were dusty and dirty from the train ride, but we had a great time! On we went to the Bridge on the River Kwai, where we were having a late lunch on the river.

We headed back to Bangkok, where we were checking into the Mandarin Oriental. Maxine and I sat together on the ride home and talked like two little girls about the things we had been doing, how much fun we were having together and how hot and sweaty and smelly we were. Before we knew it, we were back at the hotel in Bangkok, fully aware of how we looked and probably smelled after hiking and riding trains all day in 90-percent humidity and 95-degree weather.

We got out of the van like Pigpen from the Charlie Brown cartoons into the arms of the welcome committee at the hotel, who smiled warmly and offered us lovely orchid leis. Maxine walked into the hotel lobby and returned outside to me and Jason with a look of horror on her face. I couldn’t understand why until I saw it myself. The lobby was filled with the most beautiful and well-put-together women we had ever seen, and we looked and smelled like Pigpen. We had walked straight into an Estee Lauder make up convention. Mortified, we put our heads down and tried not to make eye contact with anyone until we reached the front desk, where we were promptly checked in and were sent to our rooms to get cleaned up for dinner.

Showered and smelling good, we emerged from our rooms for cocktails at Vertigo restaurant, 61 stories up on top of the Banyan Tree hotel. The mai tais were very drinkable and made the evening so much fun. When cocktail hour was over, we headed downstairs to the hotel’s Saffron restaurant, where we dined on a wonderfully spicy green curry. It was a great topper to an adventure-filled day.