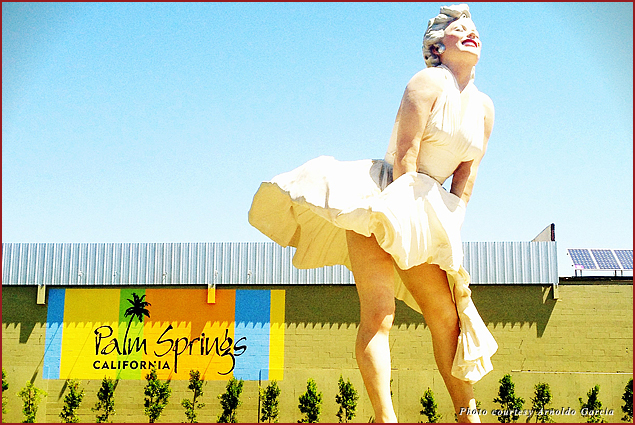 Although Palm Springs started its flirtation with Hollywood as a resort destination in the 1920s, it was really the 1950s and 60s that established the city as a hot weekend locale for celebrities like Frank Sinatra, Bing Crosby or Janet Leigh and a mecca for mid-century modern architecture. (In fact many of the most notable buildings by that era’s heavy-hitter designers like Albert Frey, Richard Neutra, A. Quincy Jones and E. Stewart Williams still stand.)

Over the past few years, some new additions to Palm Springs landscape have taken root that pay homage to the not-so-bygone age:

In May 2012, sculptor Seward Johnson’s 26-foot-tall, 17-ton work “Forever Marilyn,” an homage to the actress’s iconic scene in The Seven-Year Itch, appeared right in the middle of downtown, on the corner of Palm Canyon Drive and Tahquitz Canyon Way where it continues to draw a steady stream of avid fans and seasonal shutterbugs. 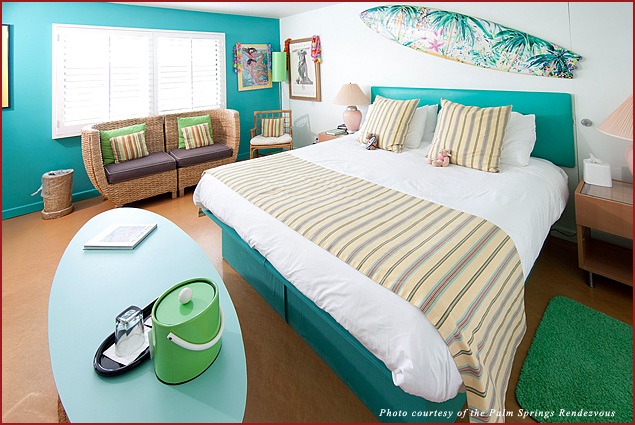 To get your vacation off on the right foot and to immerse yourself truly in the past, check into the Palm Springs Rendezvous, one of the 350 elite Select Registry Distinguished Inns in North America. Opened by the current owners in 2008, the uniquely designed and pleasantly kitschy king bed rooms/suites are each named for a distinct part of 1950s culture, such as Rebel Without a Cause or Shake, Rattle, and Roll.” So as not to be too literal, each room also has modern amenities like a small fridge (with complimentary beverages), a flat screen TV and iPod station. The affable and familial staff will make you feel as though you are staying with delightfully quirky distant relatives and serve up cocktails poolside at 5pm, freshly baked treats in your room each day and homespun breakfasts like cheesy eggs or blueberry stuffed French toast every morning as part of your stay.

(If mid-century modern chic is more your speed, try the boutique Horizon Hotel on the other side of town, a favorite spot of Marilyn Monroe and Betty Grable way back when.) 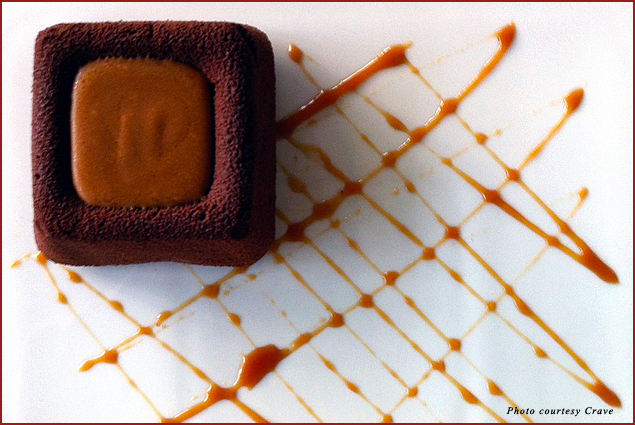 From the moment you enter Crave you will quickly notice a décor that abounds with mid-century flourishes like Eames chairs. The dessert offerings, of which there are many, mimic the décor in the simplicity of their clean design. However, this simplicity belies the complex combinations of unique flavors and textures in items like the Hazelnut Caramel Crunch, the Triple Chocolate Tart or the Mango Passionfruit Vanilla Cake. A must stop for anyone with a sweet tooth. 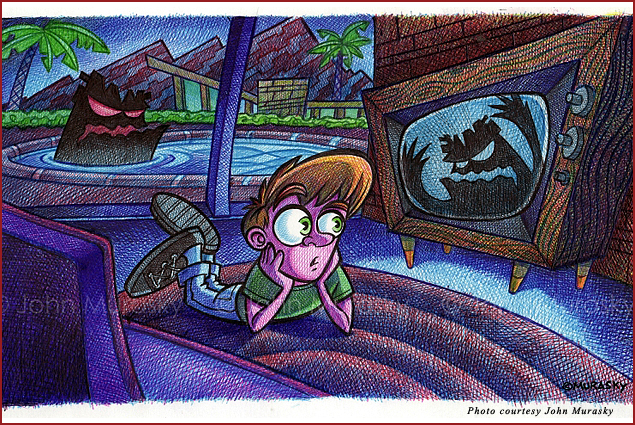 If you are lucky enough to find yourself in Palm Springs on a Thursday night, head downtown to the Villagefest, a weekly block party featuring lively music, mouthwatering fare and hundreds of booths showcasing local artisans and other purveyors of unique goods. Among them is local artist John Murasky. Inspired by the mid-century/rat pack culture, Murasky’s fun illustrations mix classic cars, retro characters and a healthy dose of 50s sci-fi to create some witty and whimsical work. If you are unable to make it to Villagefest however, don’t fret, you can also buy signed, numbered pieces online. 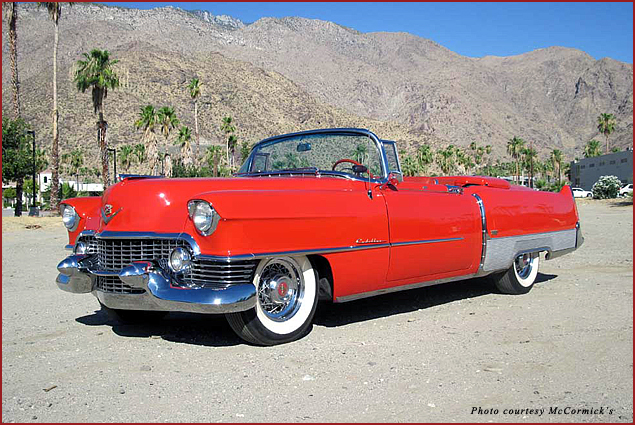 If you want to come home with a really big souvenir, head over to McCormick’s Collector Car Auctions and check out some of the classic consignment cars on the lot. Technically the auction has been in business for more than twenty years (so it’s not exactly new), but the inventory changes regularly and spans various decades, there was an abundance of fun, well-maintained cars from the 50s and 60s on hand including the El Dorado above, a jaunty 1961 Austin Healey Bug Eye Sprite roadster and a teal 1955 Ford F100 Pick Up.

The Triangle Inn: A Desert Oasis Party in Palm Springs