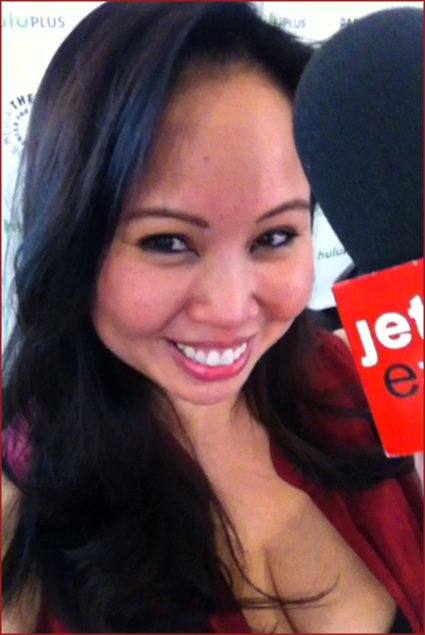 How did I not know about this before? OMG… what a great event. Paleyfest rocks. I must admit, my TV viewing habits have been stuck in a Reality Swirl for quite a while now. I forgot how much I enjoy scripted TV.

What is Paleyfest? Started by the Paley Center for Media, it’s an event, open to the public, where you can hear firsthand from the cast and directors, producers and creative teams of some of the hottest shows. Click here for the full lineup. It is truly a celebration of some of the best stuff on TV. Each day that we shot, the line to get into the Saban Theater was wrapped around the block.

Some of you may know that I am lucky (and honored) to work on many a red carpet with Jetset Extra – hosting interviews and doing my social media thang while onsite. It’s usually a few hours of work and fun, and then we’re done. Well, a couple of weeks ago MB asked if I would host for Paleyfest for like seven of the 10 days! That’s a LOT for me, commitment issues and all. So I committed to doing Community, Once Upon a Time, Revenge, and Two and a Half Men. And when I heard that Vampire Diaries was also going to be there? OMG, I begged to no end. That was a hot carpet.

One of the cool offerings from the show was the Livestream feature, and literally, people were tweeting questions from around the world to be asked at the panel and on the red carpet. I love the worldwide communal experience that was created from this event.

Here are a couple of highlights in and around the event for me.

On our first night (Community), Joel McHale gave me some heat about having never watched an episode. I turned bright red. I’m not sure if that will make the editing cut – and after I got over my embarrassment, I realized it was kind of a very cool thing to be insulted by Joel McHale.

That being said, it wasn’t going to happen to me again. So I browsed Hulu. Wow. How could I have not done this before? I knew our next carpet was Once Upon a Time. What a great show. As a little girl I was obsessed with my Brothers Grimm book, so this was a treat. And to see Snow, Emma and Charming all live and in person was very cool. Witnessing Emma’s hot, androgynous look (Theory pantsuit, braids, and a perfect red lip) and the Evil Queen in her Helmut Lang pants and Prada glasses made for a good time for this Vanity Girl.

Another moment for me was just getting prepped for the Revenge red carpet. Which meant a 16-episode bender of the show. Yes, I know – I could have watched one episode and been done with it, but after I watched the first one, I was hooked. Much to the glee of my BFF who has been trying to get me into this show forever. Sure, we got cut from the carpet, but I have a great new show to keep up with.

My favorite moment of all? When I asked Snow (aka Ginnifer Goodwin) how a normal gal could catch her Charming… well… I guess you will have to just watch the video. (haha! A cliffhanger…)